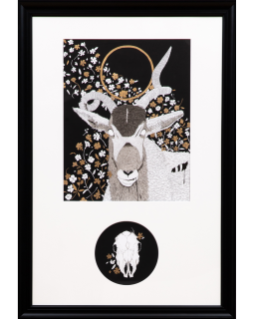 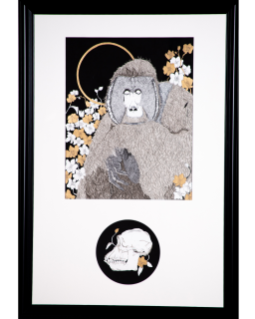 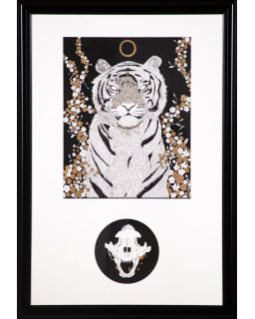 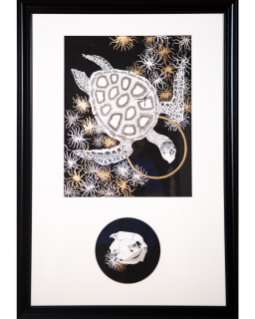 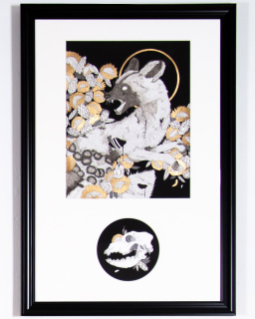 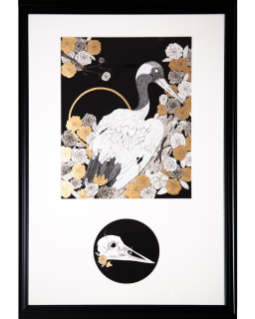 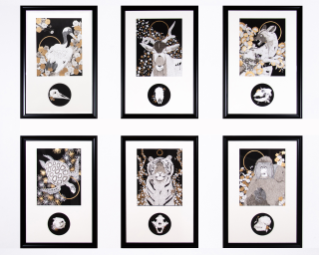 The extinction of a variety of animal species is inevitable, but there are those whose demise is accelerated further by the actions of humans.  These portraits are of those animals whose fates in all likelihood will be affected by the consequences of the actions of our society, including habitat destruction, overexploitation, and pollution.  The illustrations are also commemorations of what is fragile and the balance found in nature.  They serve to both draw attention to the necessity of conservation stewardship in order to preserve these species and to act as funerary homages to the partial or total extinction of these creatures.

The animals are depicted surrounded by their native vegetation and are the expressions of my concern for the hardships these creatures must face.  The drawings have in common an ornamental use of line and are created monochromatically, visually establishing an equilibrium between the living and the dead.  The dark backgrounds and golden flora further serve to depict the threshold between life and death, and the gold represents the preciousness of the creatures.  While the figures appear to be alive, they are also decaying, the whites of their eyes and wounds juxtaposed against the abundance of furs, feathers, and scales. Eulogy: Endangerment is a series that illustrates the fragility and impermanence of nature.