The Fine Arts Center Galleries offer a wide range of free exhibitions and events to all area community members in support of the BGSU vision: As a public university, BGSU focuses on contributing to the public good and embraces its role as a national model in addressing the educational, economic, and social vitality of our region, the state of Ohio, the nation, and the world.

Our exhibitions include challenging and engaging contemporary work by nationally recognized artists as well as faculty and student shows that highlight some of the most talented and successful artists of this region.  Visitors are invited to explore collaborative, diverse, and inclusive events and presentations that foreground political, social and cultural themes through dialogue, creative ideas and new knowledge.

The Ohio Arts Council receives support from the National Endowment for the Arts, a federal agency.

The 53 pieces in the show range from an Interactive Immersive Installation to intricate collages and prints, vivid paintings and lively jewelry. The diverse themes embrace humor, ecology, human drama and paeans to light, space, texture and form.

Photographs by Frank Gohlke and Lynn Whitney will be on display in the Dorothy Uber Bryan Gallery Lobby, Fine Arts Center, Sept. 20-Nov. 24.

Lake Erie: On the Edge

Linda Butler is an internationally known, prize-winning fine-arts photographer and activist. Her photographs are featured in "Lake Erie: On the Edge" an exhibition (Sept. 20-Nov. 24) in the Willard Wankelman Gallery in the Fine Arts Center at BGSU. 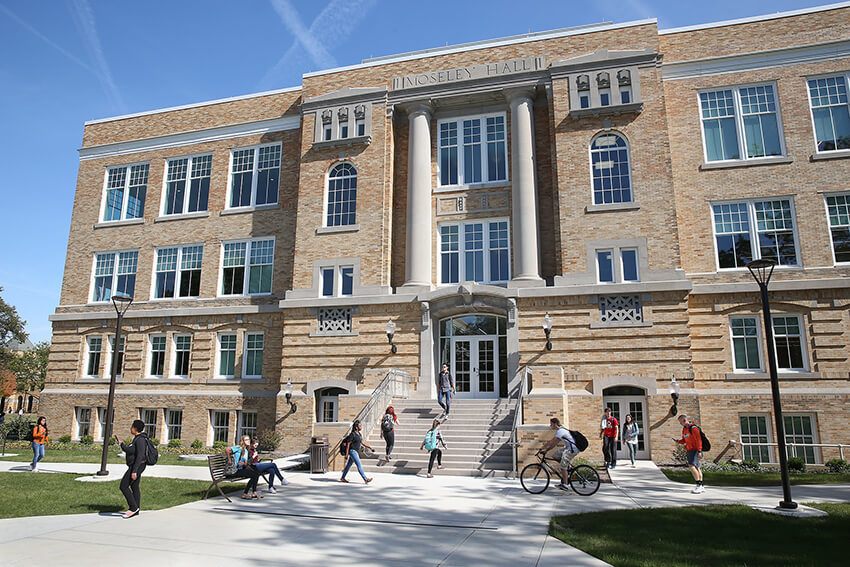 Director Charles Kanwischer spoke at the dedication ceremony for a new piece of campus public art.

“Shadows” is a site-specific electronic light sculpture created by internationally renowned sculptor and public artist, Erwin Redl. It’s just recently been installed at the top of the two main stairwells in Mosely, with funding provided by the Ohio Arts Council and its Percent for Art program. Read More 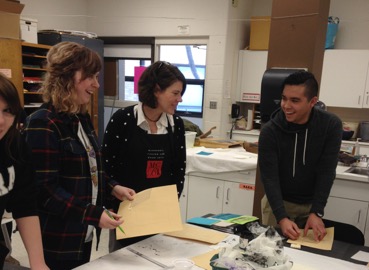 All exhibitions are free and the public is welcome.

All galleries are wheelchair accessible with the exception of the upper level of the Wankelman Gallery.

These hours may change during summer exhibitions - please check the exhibition description!
The Galleries are also open by special appointment for group visits.

This year's SculptureX symposium and its associated exhibitions explore Social Practice, which has long been a powerful means of challenging existing norms and conditions. Juror Saul Ostrow selected 22 artworks from the 130 that were submitted by 48 artists. He divided them into categories of Places, Identities, Bodies and Things. The objects in the show embrace goals of community engagement, interactive installation, political action and environmental awareness.

This exhibition is part of a significant and broad alliance among many area arts organizations, including Bowling Green State University School of Art, University of Toledo, Owens Community College, and the Toledo Museum of Art. The exhibitions coincide with the 2018 SculptureX symposium, on September 28 and 29, with events at BGSU on the 29th. Programming for the two-day event includes keynote addresses by Mel Chin and Laurie Jo Reynolds, presentations by noted artists from around the region, evening networking events, and guided tours of Toledo Museum of Art, University of Toledo Center for the Visual Arts, and each of the six exhibitions.

Saul Ostrow is an independent critic, curator and art editor at large for Bomb Magazine. He edited the book series Critical Voices in Art, Theory and Culture, for Routledge Press, and founded Critical Practices Inc.

MEL CHIN: FROM THE OTHER SIDE

Internationally acclaimed artist Mel Chin is known for the broad range of approaches in his art, including works that involve multi-disciplinary, collaborative teamwork and cross-cultural aesthetics. He arrives in Toledo on the heels of All Over the Place, a New York-based exhibition spanning nearly four decades of his wide-ranging approach to artistic practice. From April to August 2018, his work, including four newly commissioned works, appeared in multiple exhibition sites throughout the city, including the Queens Museum, Times Square, and the Broadway-Lafayette subway station. [for more: http://melchin.org/oeuvre/mel-chin]

This exhibition was developed in honor of Bernie Casey, an illustrious BGSU alumnus whom we lost last year. The exhibition title results from the enormous array of talent that Casey demonstrated during his lifetime. He was best known to the world as an actor and professional football player, and came to BGSU on an athletic scholarship, but he graduated with a master’s degree in fine art.

Bernie Casey pursued his love of painting and poetry throughout his life, with published books and solo exhibitions of his work. In his honor, BGSU will showcase some of his work, along with other African-American and Black artists who either attended BGSU, have roots in Ohio or befriended Bernie along the way. Includes 11 BGSU alumni and current students.  Willard Wankelman Gallery

To our guests with disabilities, please indicate if you need special services, assistance, or accommodations to fully participate in this program by contacting Lisa Molnar, lmolnar@bgsu.edu, School of Art, 419.372.2786. Please notify us ten days prior to the event.