The Film Studies program is part of the Department of Theatre and Film in the BGSU College of Arts and Sciences. 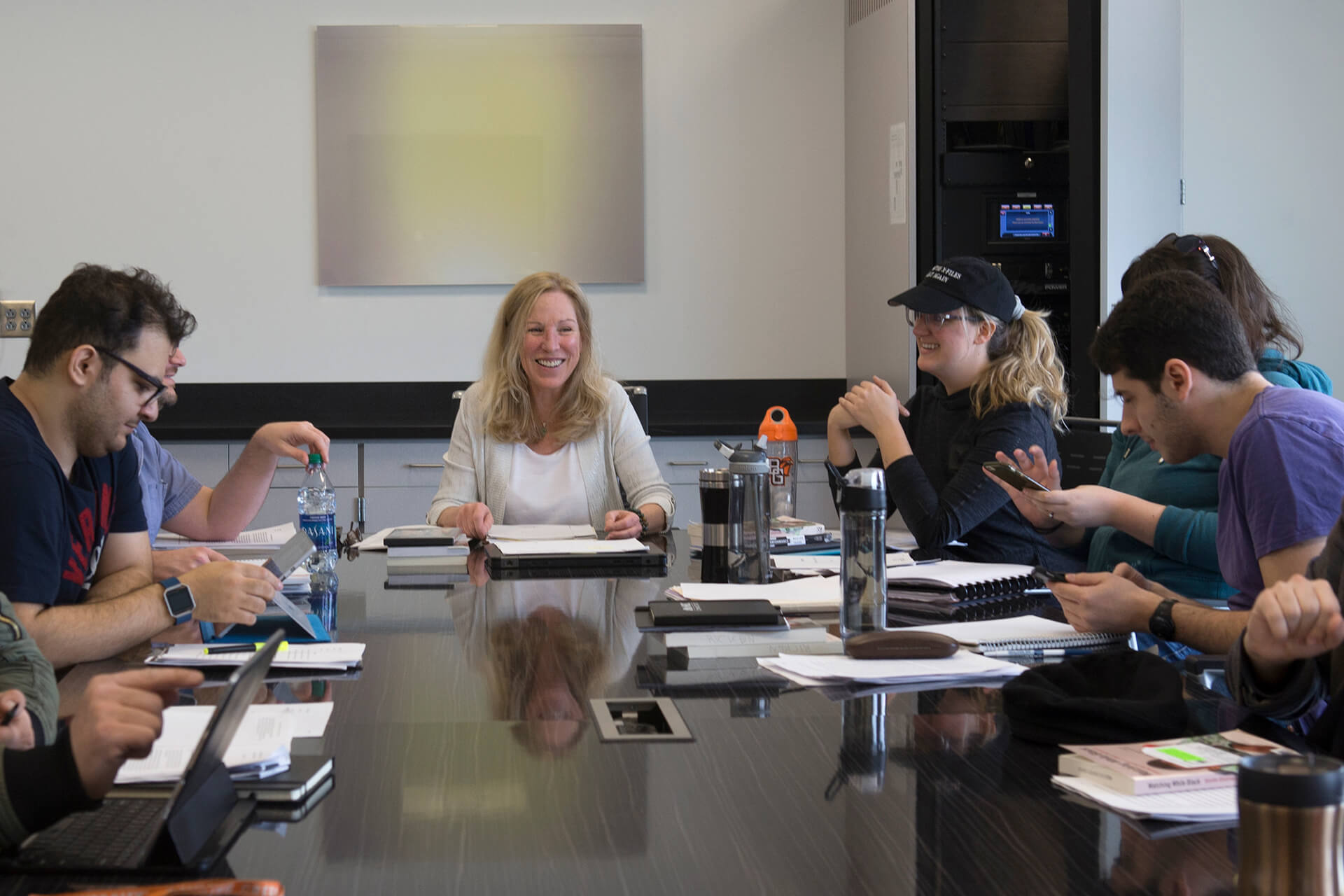 BGSU’s multifaceted film program, first established in the 1970s, is now one of the most comprehensive in the country. The Film Studies major gives students a foundation in film history, aesthetics, and methods of analysis that illuminate global and cultural perspectives. Students in this major develop expertise in analyzing individual films, contemporary culture, and the film and media industry.

The film program is guided by best practices developed by the Equity, Diversity, and Inclusion in Teaching Media (EDIT Media) initiative, and students organize their projects with these principles in mind. Film students benefit from nationally recognized faculty, who bring years of research and experience to their teaching, and state-of-the-art classrooms and studio spaces in the Wolfe Center for the Arts. Affiliations with the Ray and Pat Browne Library for Popular Culture Studies, the BGSU Film Theater, and the Ralph Haven Wolfe Film Theater in 117 Olscamp ensure that Film Studies majors have a unique depth and breadth of resources.

Students in the Film Studies major complete three foundation classes (Introduction to Film, Applied Aesthetics, Script Analysis), along with three courses that provide perspective on the field (Film History, Culture and the Moving Image, a film studies elective), and three high impact courses (Mid-Major Portfolio Review, Film Internship, Senior Portfolio Review). To develop their areas of expertise, Film Studies majors also take five electives in courses such as Film and Society, Animated Films, or Auteur and Genre Cinemas. Both lower and upper division courses in film are designed to develop skills in critical thinking and media literacy, to increase understanding of cultural histories, and to sharpen awareness of the complex interactions between film practice and its socio-economic contexts. Film Studies students select a minor that supports their career goals and creative interests.

Film Studies majors may apply to participate in the exchange program between the Department of Theatre and Film at BGSU and the Department of Theatre, Film, and Television at the University of Wales, one of the most respected film and media programs in the United Kingdom. Students accepted into the program spend a semester at the University of Wales in Aberystwyth.

The Theatre and Film Department offers several student employment opportunities to qualified undergraduates. These positions are hired on a competitive basis, with students submitting applications and letters of recommendation, and completing an audition or interview. WBGU, our nationally recognized PBS affiliate, offers a range of internship opportunities.

80.95% of BGSU Film Studies graduates report they're employed, in graduate school or starting a business within six months of graduation

(BGSU data compiled from students who completed the related questions on the graduation survey.) 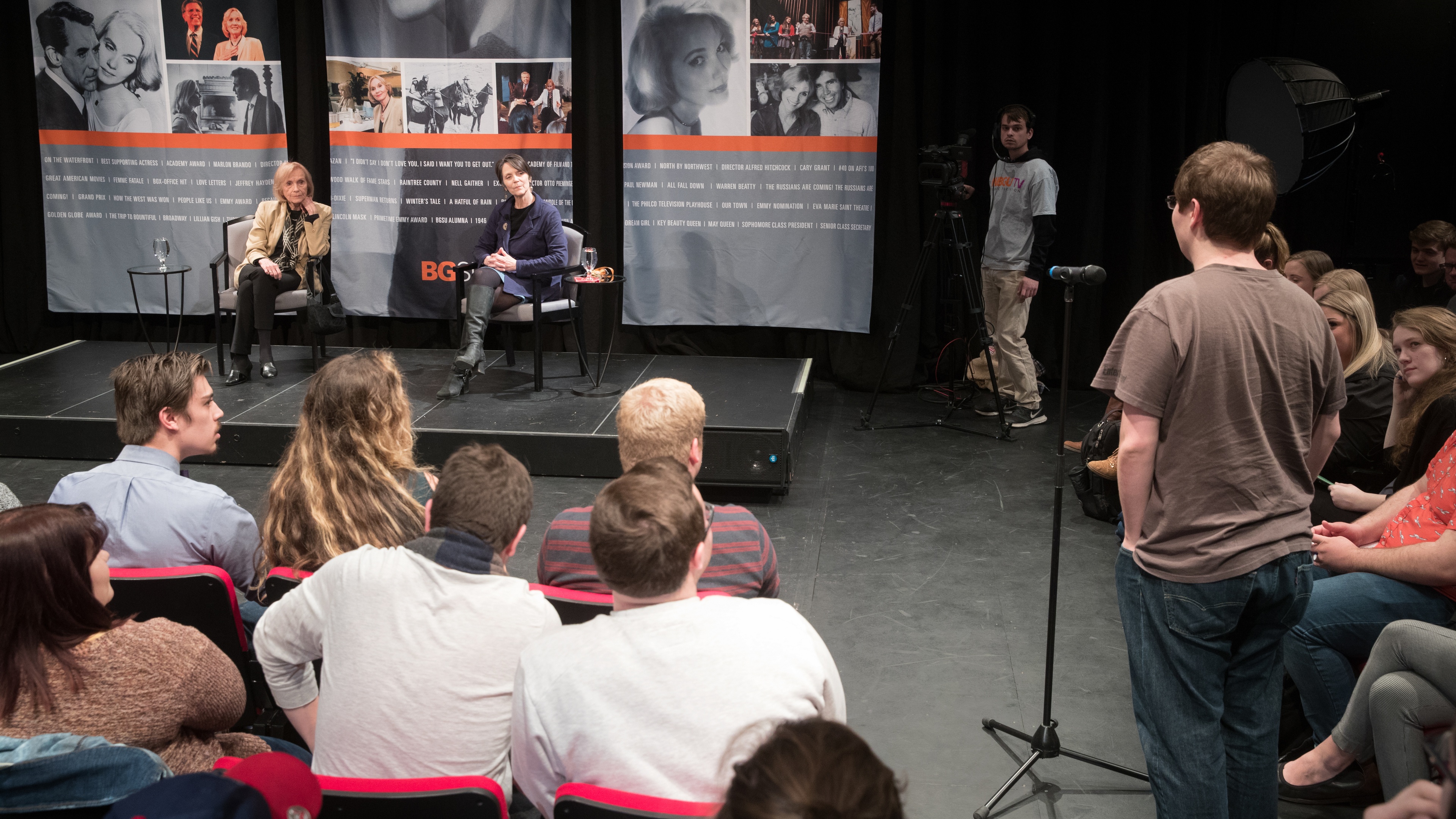 The Film Studies program is part of the Department of Theatre and Film in the BGSU College of Arts and Sciences.

The Film Studies major is open to all students admitted to BGSU. Students must have good writing and communication skills, and should acquire knowledge about film and media from different time periods and different countries.

Upon completion of the baccalaureate degree, students in Film Studies will be able to:

Requirements for licensure, certification and/or endorsement eligibility vary greatly from one profession to another and from state to state. The Film Studies program does not lead to professional licensure.