The department of Ethnic Studies at BGSU is one of the oldest programs in the nation focusing on interdisciplinary studies of race. It was established in response to student-led efforts for a center for the study of the histories of peoples of color. The department draws from its activist moorings in the Civil Rights Movement to promote a critically engaged and diverse learning community while positioning itself nationally as a center for excellence in race and ethnic studies, interdisciplinary scholarship, and community service. The scholarship and training of the faculty of Ethnic Studies is interdisciplinary and multidisciplinary. While the core courses offered by the department speak to the intellectual roots of Ethnic Studies in the US civil rights movement and student activism, our faculty also has strong expertise in globalization, immigration, and diaspora and cultural studies.

WE SUPPORT THE BGSU FACULTY SENATE’S RESOLUTION MAKING BGSU A WELCOMING CAMPUS:
The faculty of the Department of Ethnic Studies support the Welcoming Campus resolution because we believe in providing a safe academic space for all to learn. To read more about the BGSU Faculty Senate Welcoming Campus Resolution, Click Here 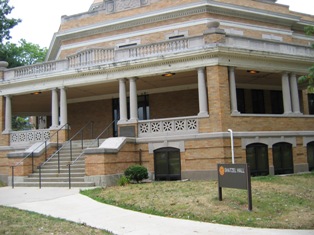