Welcome to Africana Studies at Bowling Green State University, Bowling Green, Ohio. We offer a planned major or dual major for the Bachelor of Arts (BA) degree as well as a minor within the College of Arts and Sciences. The major allows students to explore the historical, cultural, literary, and artistic expressions and contributions of peoples of African descent worldwide through an interdisciplinary approach by taking courses in a variety of disciplines and Colleges within the University. If you have further inquiries about any aspects of our program, please contact us. Thank you for visiting our website. 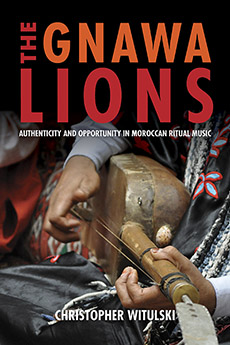 Dr. Christopher Witulski has just published a new book, The Gnawa Lions. Traditionally gnawa musicians in Morocco played for all-night ceremonies where communities gathered to invite spirits to heal mental, physical, and social ills untreatable by other means. Now gnawa music can be heard on the streets of Marrakech, at festivals in Essaouira, in Fez’s cafes, in Casablanca’s nightclubs, and in the bars of Rabat. As it moves further and further from its origins as ritual music and listeners seek new opportunities to hear performances, musicians are challenged to adapt to new tastes while competing for potential clients and performance engagements. Christopher Witulski explores how gnawa musicians straddle popular and ritual boundaries to assert, negotiate, and perform their authenticity in this rich ethnography of Moroccan music. Witulski introduces readers to gnawa performers, their friends, the places where they play, and the people they play for. He emphasizes the specific strategies performers use to define themselves and their multiple identities as Muslims, Moroccans, and traditional musicians. The Gnawa Lions reveals a shifting terrain of music, ritual, and belief that follows the negotiation of musical authenticity, popular demand, and economic opportunity.

Christopher Witulski earned his PhD in ethnomusicology from the University of Florida in 2014 and holds masters degrees in ethnomusicology and music theory. His research engages changes in sacred performance practices in contemporary Morocco and across North Africa. His book, The Gnawa Lions: Opportunity and Authenticity in Moroccan Ritual Music (October 2018), explores how musicians for a trance-based sub-Saharan healing ceremony in Morocco negotiate their listeners’ tastes, global markets, and the aesthetics required for productive ritual. This work was based on fieldwork in Morocco that was supported by a Fulbright fellowship. His writing appears in Ethnomusicology, Ethnomusicology Forum, the Journal of North African Studies, the Yale Journal of Music and Religion, and the International Journal of Middle Eastern Studies.

Dr. Witulski is an active performer of Arabic and American old time music on ‘ud, banjo, and violin, having played in the Fez Festival of Sacred Music, across Morocco, and in professional orchestras in Florida and Georgia. Other interests include theoretical and computational approaches to popular and world music and the relationship between ethics and aesthetics in popular manifestations of religious music. Dr. Witulski taught at Florida State University before coming to the BGSU College of Musical Arts in 2016. 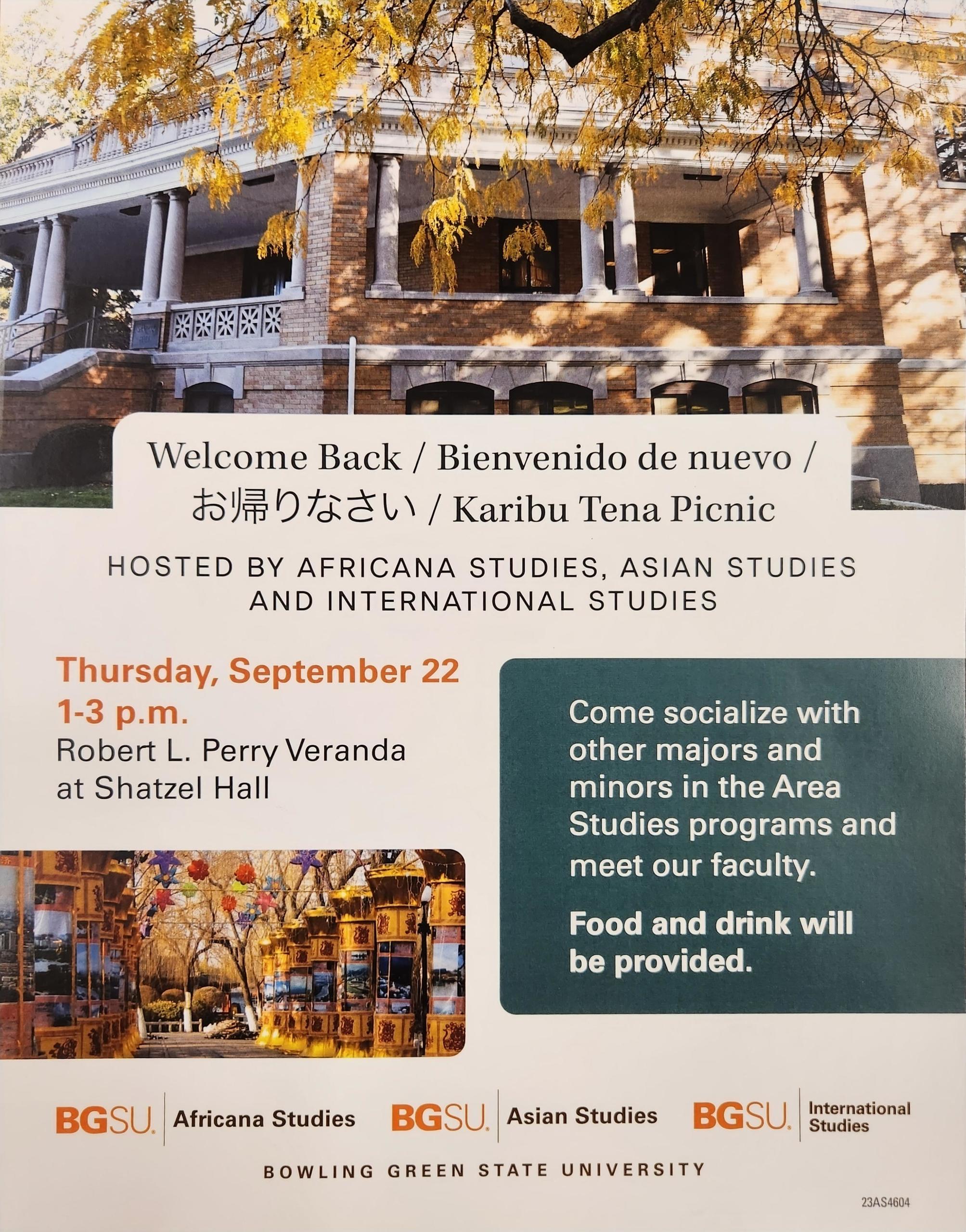 Learning Outcomes
Upon completion of the baccalaureate degree, students in Africana Studies are expected to be able to:

Accreditation and/or Program/Cluster Review
Bowling Green State University [BGSU] is accredited by the Higher Learning Commission.  BGSU has been accredited by the Higher Learning Commission since 01/01/1916. The most recent reaffirmation of accreditation was received in 2012 - 2013. Questions should be directed to the Office of Institutional Effectiveness.

The Africana Studies program will go through its next Program/Cluster Review during Academic Year 2022/23.

Professional Licensure (If applicable)
Bowling Green State University programs leading to licensure, certification and/or endorsement, whether delivered online, face-to-face or in a blended format, satisfy the academic requirements for those credentials set forth by the State of Ohio.

Requirements for licensure, certification and/or endorsement eligibility vary greatly from one profession to another and from state to state. The Africana Studies program does not lead to professional licensure.


Gainful Employment (If applicable)
Under the Higher Education Act Title IV disclosure requirements, an institution must provide current and prospective students with information about each of its programs that prepares students for gainful employment in a recognized occupation.

The Africana Studies program is not a recognized occupation that requires a Gainful Employment disclosure.