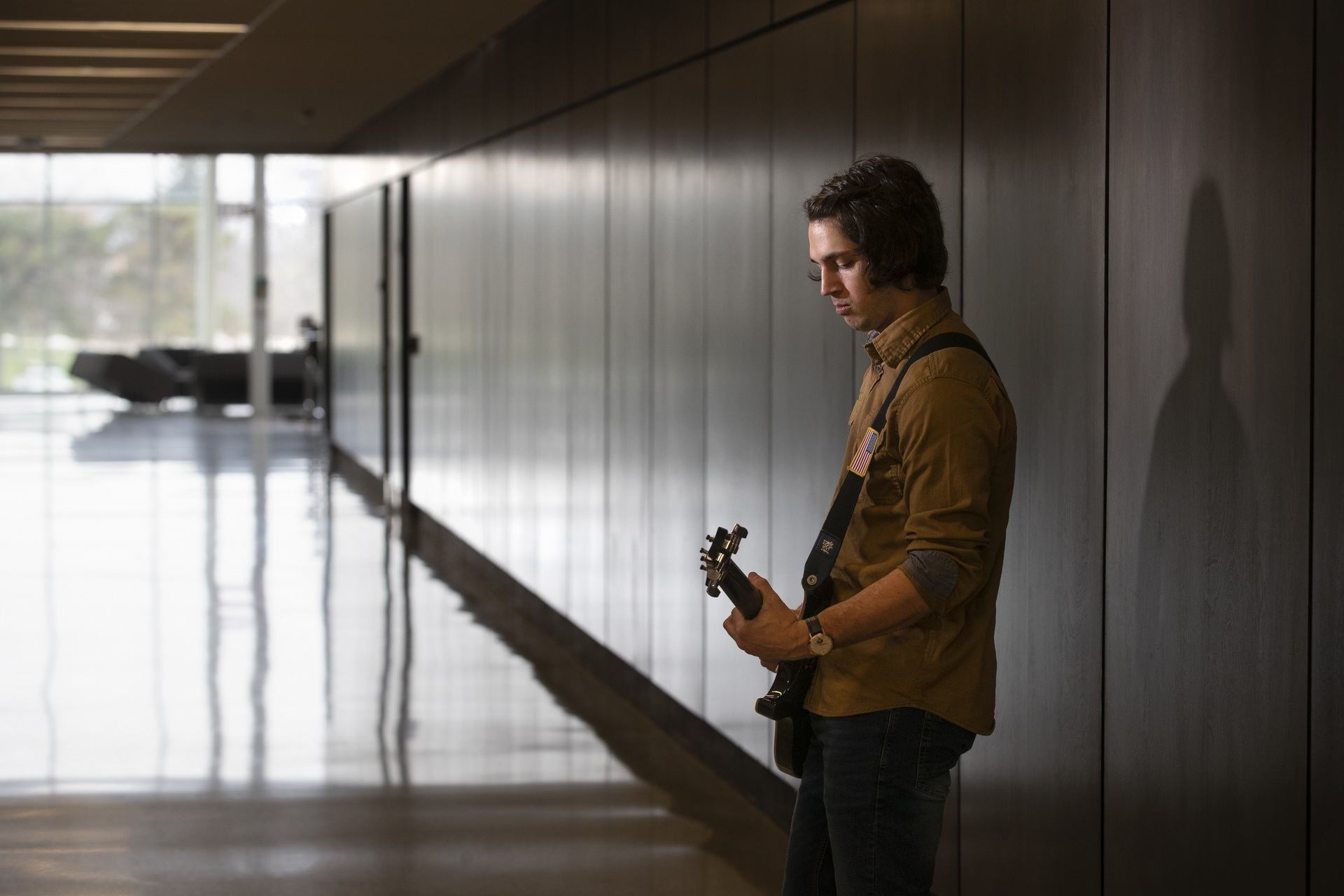 Camden Sondergeld came to Bowling Green State University to learn. Through two different majors and many academically brilliant faculty members, the December 2020 graduate is prepared for his next journey as a law student.

He started at BGSU in the College Credit Plus program when he was a senior at Gibsonburg (Ohio) High School. From an early age, music was his cornerstone, which played into his decision to study jazz guitar at the University. He discovered that the jazz studies program, which was “in my backyard,” was nationally ranked in the top 25, the education was affordable, and he was familiar with BGSU because his older siblings Holden and Soren were both Falcon alumni.

While Sondergeld started at BGSU as a music major, he graduated with a bachelor’s degree in political science and a minor in music. His desire to understand the world always seemed to be at the core of his decisions.

He was drawn to study music “because I didn’t understand it and I really wanted to,” he said. “At the time, I didn’t really know why I was there, but I’ve always been fascinated with music’s ability to invoke the spectrum of human emotions and to articulate so many things which words fail to.”

He studied primarily with jazz guitarist/pianist Ariel Kasler, an assistant teaching professor of jazz guitar and jazz piano in the College of Musical Arts.