The Spanish program is a part of the Department of World Languages and Cultures in the BGSU College of Arts and Sciences. 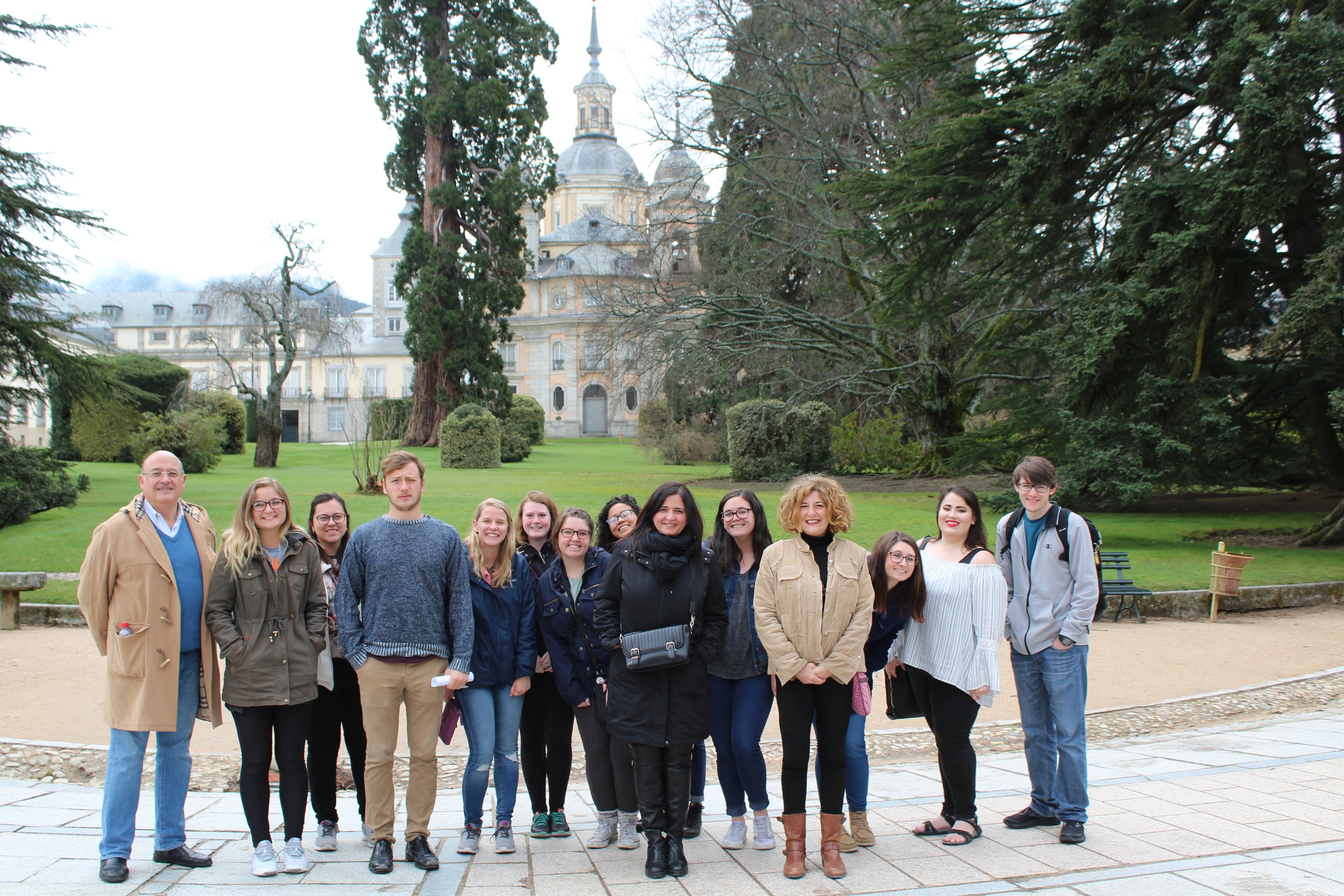 The BGSU Bachelor of Arts in Spanish immerses students in the Spanish language and culture, one shared by over 572 million people across the globe.
A flexible curriculum allows students to align the courses of the Spanish major with their career interests. Education, diplomacy or international business are common pathways for Spanish degree graduates.

The second most spoken language in the U.S.

Spanish is the second most spoken language in the United States, with over 41 million speakers in the U.S. alone.

In addition to being the fastest growing minority language of the United States, Spanish is also one of the major languages of the world. The Hispanic world has a long and rich tradition, and it will continue to be important socially and economically on both a national and international scale.

Majoring or minoring in Spanish means acquiring fundamental skills for today’s citizens and professionals: linguistic and intercultural competence, global awareness, and the ability to understand diverse perspectives and experiences.

Graduates will be more competitive in the workplace and more connected in their communities by obtaining the transferable skills that a Spanish degree fosters. Students who pursue advanced Spanish can develop the bilingual dexterity and deep cultural sensitivity that will empower them as global citizens and strengthen their ability to collaborate, contribute, and lead in the diverse workplaces of today’s professions.

The BGSU Spanish major and minor enable students to pursue advanced levels of linguistic and intercultural competence through upper-division coursework, co-curricular opportunities, and immersive experiential learning both on campus and abroad.

In consultation with their undergraduate advisor, students may choose to pursue an emphasis on Latin American Culture Studies within the Bachelor of Arts in Spanish.

A unique feature of the Spanish program is the highly regarded semester, summer or year-long program in the vibrant university town of Alcalá de Henares, Spain. The program is one of the oldest U.S. study abroad programs in Spain, and because of our extensive commitments and contacts, it remains one of the most affordable.

Students benefit both linguistically and culturally from this experience, and Spanish majors/minors are strongly encouraged to study overseas.

Employers are increasingly looking for job candidates with the ability to communicate with Spanish speakers. BGSU offers its Spanish majors the chance to develop linguistic and cultural competencies for interacting effectively with others in Spanish. Graduates are finding numerous opportunities for international careers in Non-Governmental Organizations, health and social service professions, international relations, diplomacy, and international business.

Another common career opportunity for students majoring in Spanish is the teaching profession, and BGSU offers preparation for teaching Spanish at all grade levels. For more information about world language education, consult the School of Teaching and Learning (STL) in the College of Education and Human Development.

The many cognitive benefits of being bilingual and the enhanced career opportunities are more reasons to study Spanish.

Bilingualism in Spanish and English is an asset for all jobs that require interaction with people. Recent alumni of the program, in addition to working as teachers and translators, are currently working in the following positions:

La Comunidad is a learning community for all students who are passionate about the Spanish-speaking world. 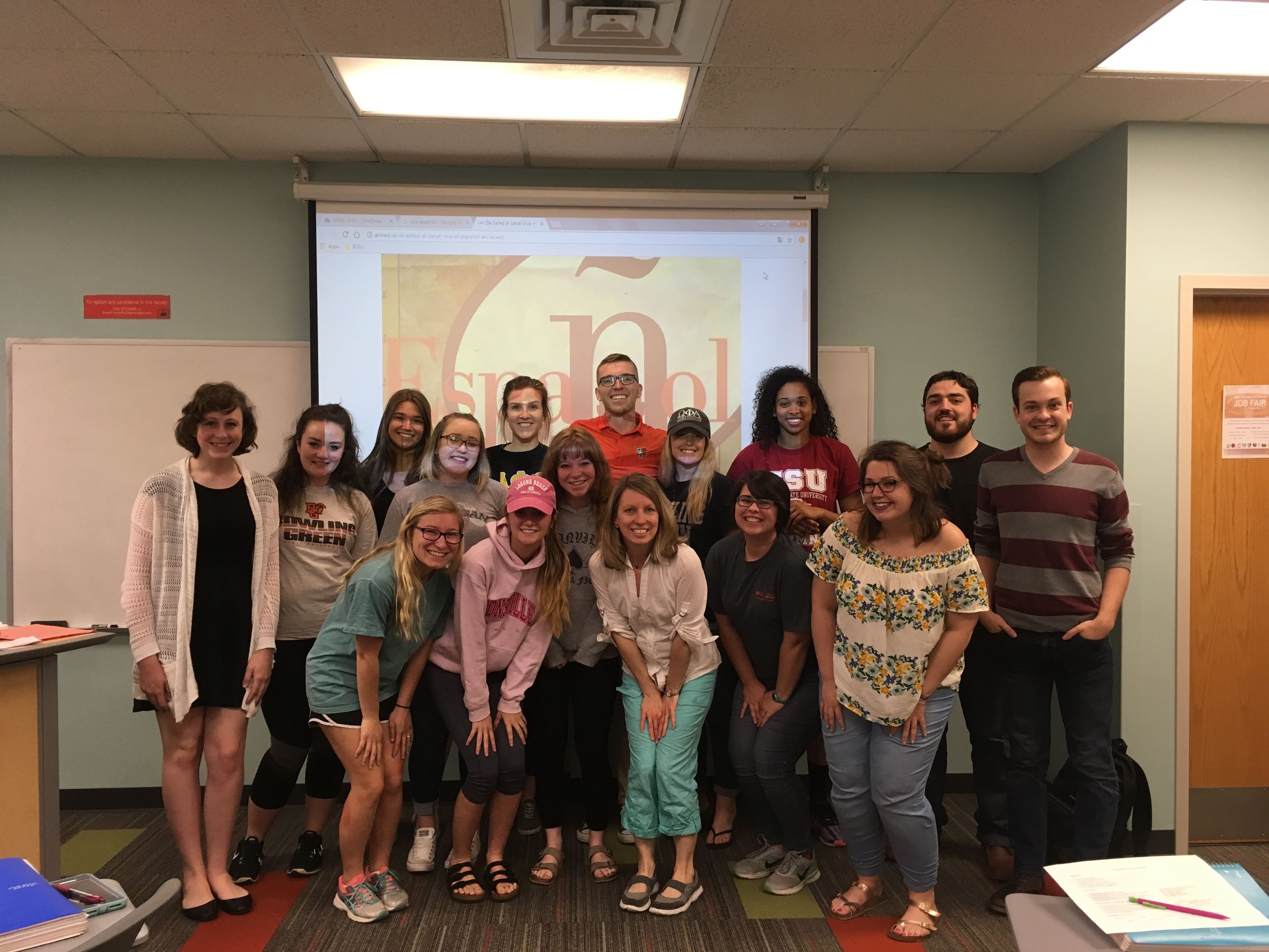 The Spanish program is a part of the Department of World Languages and Cultures in the BGSU College of Arts and Sciences.

La Comunidad is a learning community for all students who are passionate about the Spanish-speaking world. Whether you are majoring or minoring in Spanish or just want to enhance your college experience, this is the place for you.

This close-knit community provides cultural and academic programming that encourages and builds your confidence to use Spanish communication in your everyday life. Through activities focusing on the Spanish language and culture immersion in a co-ed residential setting, community members are a part of something that goes well beyond the in-class experience.

Upon completion of the baccalaureate degree, students in Spanish are expected to be able to:

Accreditation
Bowling Green State University [BGSU] is accredited by the Higher Learning Commission.  BGSU has been accredited by the Higher Learning Commission since 01/01/1916. The most recent reaffirmation of accreditation was received in 2012 - 2013. Questions should be directed to the Office of Institutional Effectiveness.
More information on accreditation
The Spanish program went through Program/Cluster Review during the Academic Year 2016-17.
Professional Licensure

Requirements for licensure, certification and/or endorsement eligibility vary greatly from one profession to another and from state to state. The Spanish program does not lead to professional licensure.