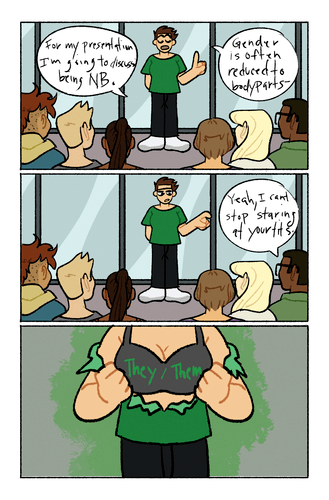 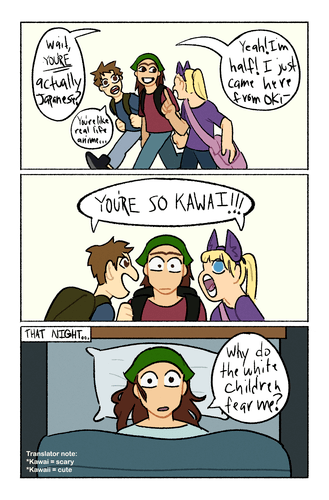 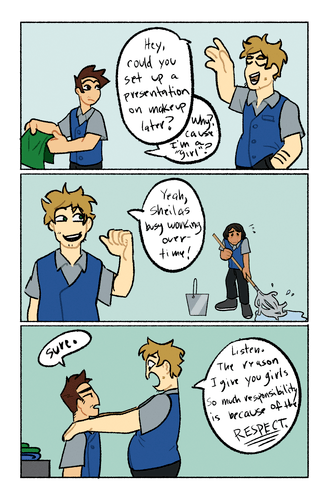 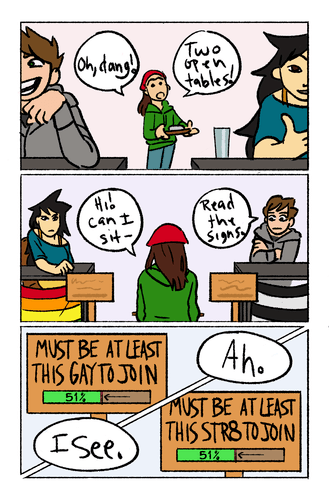 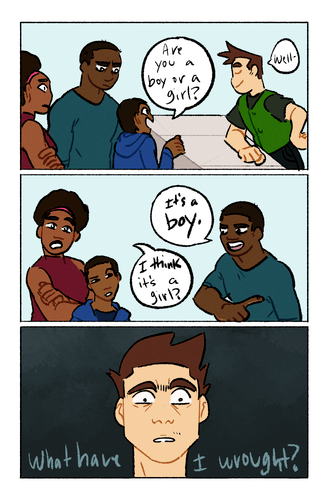 In Between Identities - 2020 - Digital art, Photoshop, 13HD Cintiq drawing tablet - Not for Sale

I grew up on the internet as much of my generation did and this reflects in my art. My work is influenced by the content I have consumed throughout my life; digital, cartoonish, and fandom based. It is through the internet that the queer portion of my generation has found solace in being able to find other individuals with the same identities as them. Smaller yet, this is also where, within this portion, people have found themselves straddling two worlds.

Exploration of identities and community are fundamental to this work. Marginalized people are shoved away from the mainstream wave of society and are left in the situation where they must create communities in which they can support and provide the love that they were denied growing up. These outcasts form tight knit communities that are bound together by circumstance and built on the understanding that if the world doesn’t have your back your found family will. Despite this foundation, however, there are those who would be apart of these groups that are instead ostracized. The identities I explore that endure this treatment are Non Binary, Bisexual, and mixed race people that I have dubbed “Inbetween Identities”. They are identities that ghost the lines of various groups and because they do not stand completely in one they are excluded from both. To them it does not matter if some of the experiences are shared if not all of them are.

Things that fall into the realm of identity politics are often regarded as uncomfortable to any who do not experience the same plights which can therefore lead to resistance to learning about them. In In Between Identities I use comedy to draw people in. Comedy is a language that speaks to all if done correctly, and should punch up rather than down. If people are at all receptive this can be the way to really break down barriers and be a way to educate the public.

As the world becomes more connected progressive ideals are spread around easier which can allow people to slowly become open minded. This includes awareness of LGBTQI+ and people of color which, while making strides, still has a long way to go. Amongst these communities there are people who belong to multiple leading to a wide array of experiences. People who are mixed race, bisexual, and nonbinary who cannot claim only one home leads to rejection and alienation. In Between Identities is a work that explores this phenomenon and makes it easier for others to understand.