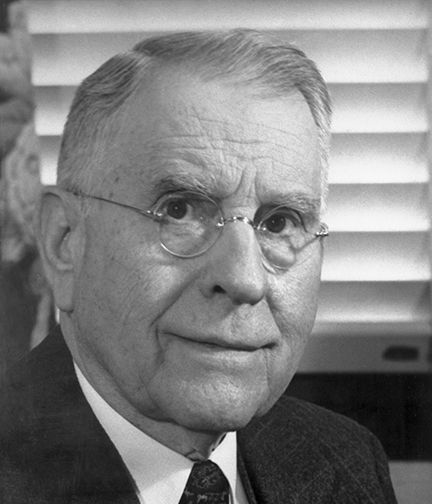 Homer B. Williams was born to John and Mary (Secrest) Williams on October 16, 1865, in Mt. Ephraim, Ohio. After graduating from high school, he entered Ohio Northern and received a bachelor of Arts degree from that institution. He continued his education at Baldwin-Wallace and completed graduate degrees there and at Columbia University in New York City.

His career as a teacher started in the rural and village schools in 1885 and he quickly moved from teaching to more administrative positions. He was superintendent of schools at Dunkirk, Ohio from 1887 to 1889. He served successively in similar capacities at various Ohio school districts:

Caldwell (1889-1992), Kenton (1892-1894) and Cambridge (1894-1898), before being appointed as superintendent at Sandusky, a position he held until 1912. In May of 1912, Williams accepted the position of president of the newly organized normal college in Bowling Green, Ohio. He remained president until his retirement in 1937. He was named as head of the Bureau of Alumni Relations and then returned as interim president in 1938 when the current president, Dr. Offenhauer, was killed in an automobile accident. He then stepped down when the next president, Frank Prout, was hired in 1939. When Williams retired, the institution had grown from a normal school to a state university, from an original faculty of 15 to one numbering over one hundred, and a student enrollment of 153 to that of over 1800. Its campus had grown from the original Administration Building to nine buildings.

While a student at Ohio Northern, Williams met another student, Cora Brewer, and the two were married in 1890. Their children were Lloyd, John, Elbert and Mary Elizabeth. Both were actively involved in the Bowling Green community. Williams took a leadership role within the community, specifically the Methodist Church, Kiwanis, the Town and Gown Club, and the Chamber of Commerce. Williams died on September 22, 1943 and his wife died September 5, 1954.

Williams Hall is named in his honor.