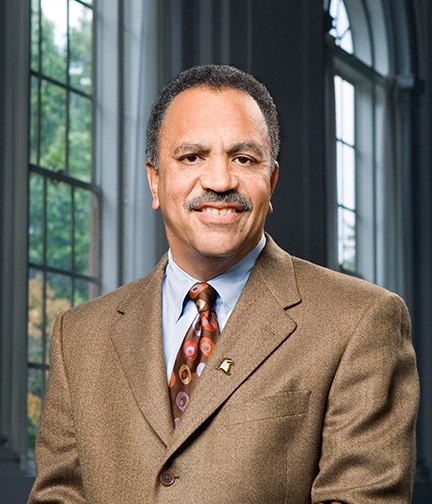 Dr. Sidney A. Ribeau accepted the presidency of Bowling Green State University in 1995. During his 13-year term, he initiated a number of programs that reflected his commitment to a values-centered University mission and an educational experience that produced graduates who were culturally literate, technologically sophisticated and productive citizens prepared to lead.

Dr. Ribeau also promoted the creation of the BGeXperience, which integrated values education, critical thinking, character development and civic engagement while helping students make the transition from high school to a university setting. Dr. Ribeau made BGeXperience courses mandatory for all incoming freshmen.

He strongly believed in collaboration and cooperation between universities and their communities. This philosophy greatly helped to increase operational and cost efficiencies. Partnerships for Community Action, formed under his leadership, underwrote programs initiated by faculty, students and community groups who came together to achieve a common educational goal or provide a special service to those in need. He also began the Building Dreams Campaign, which raised $146 million in private support for scholarships, endowed chairs, capital improvements and academic programs.

Dr. Ribeau received the President’s Award from the National Association of Student Personnel Administrators in 2003. He served on Ohio’s Higher Education Funding Commission and was a member of the Board of Directors of the National Collegiate Athletic Association (NCAA). From 2005-2006, he served as chair of Ohio’s Inter-University Council of Presidents. He also served on the boards of a number of other groups such as the United Way, the Toledo Symphony Orchestra, and the Regional Growth Partnership.

In May 2017, the Board of Trustees granted him the title of President Emeritus, in honor of his distinguished and accomplished service to Bowling Green State University.