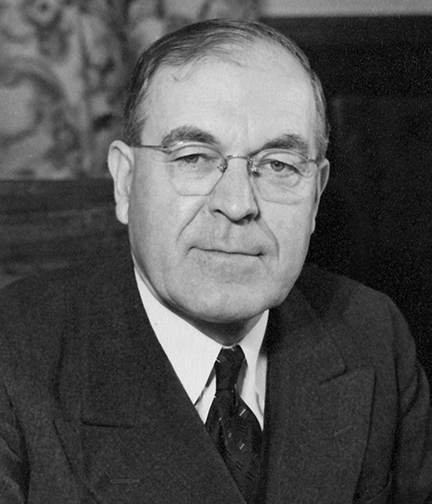 As president of Bowling Green State University Dr. Offenhauer instituted a number of policies that increased enrollment by eighteen percent. It was under his leadership that the university began offering extension classes. He established the Policies Commission, which was the first step in providing faculty with a greater say in developing the policies of the University. During his presidency, the university adopted the 1925 statement of principles of the American Association of University Professors, creating the first official tenure policy for the University.

He also began an extensive building program designed to expand and improve the campus. During his presidency, three buildings were constructed, the largest amount of simultaneous construction undertaken up to this point in the university’s history. The buildings were the Women’s Gymnasium (1938), the Natatorium (1938), and the Men’s Dormitory (completed 1939). The dormitory was named Clayton C. Kohl Hall in honor of the distinguished social science teacher who had died only four months before Dr. Offenhauer. The president also instituted a beautification and improvement project for the University. The program, which cost nearly $700,000, repaired and redecorated buildings, reconstructed athletic fields, and provided additional facilities for physical education. It also constructed sidewalks, an outdoor theater, and improved the landscaping on campus. Much of this work had been deferred thanks to the economic hardships of the Great Depression.

Dr. Roy Ernest Offenhauer was born to Julius and Elizabeth Yaney Offenhauer in Montezuma, Ohio in 1881. He received his Bachelor of Science degree from Marion Normal College in 1903. While still studying at Marion, he began his teaching career in Mercer county. Eventually he became the principal of Sandusky High School. There, his superintendent of schools was Homer B. Williams, who later became BGSU's first president. He earned a Masters of Arts degree from Columbia University in 1917. Because of his exceptional work during his thirteen years as superintendent of Lima, Ohio public schools, Northern University conferred upon him the degree of Doctor of Pedagogy. Dr. Offenhauer was nationally recognized as an educator and was repeatedly elected as Treasurer of the National Education Association. He was also a member of the Ohio and Northwestern Ohio Educator Association.

Offenhauer Towers are named in his honor.