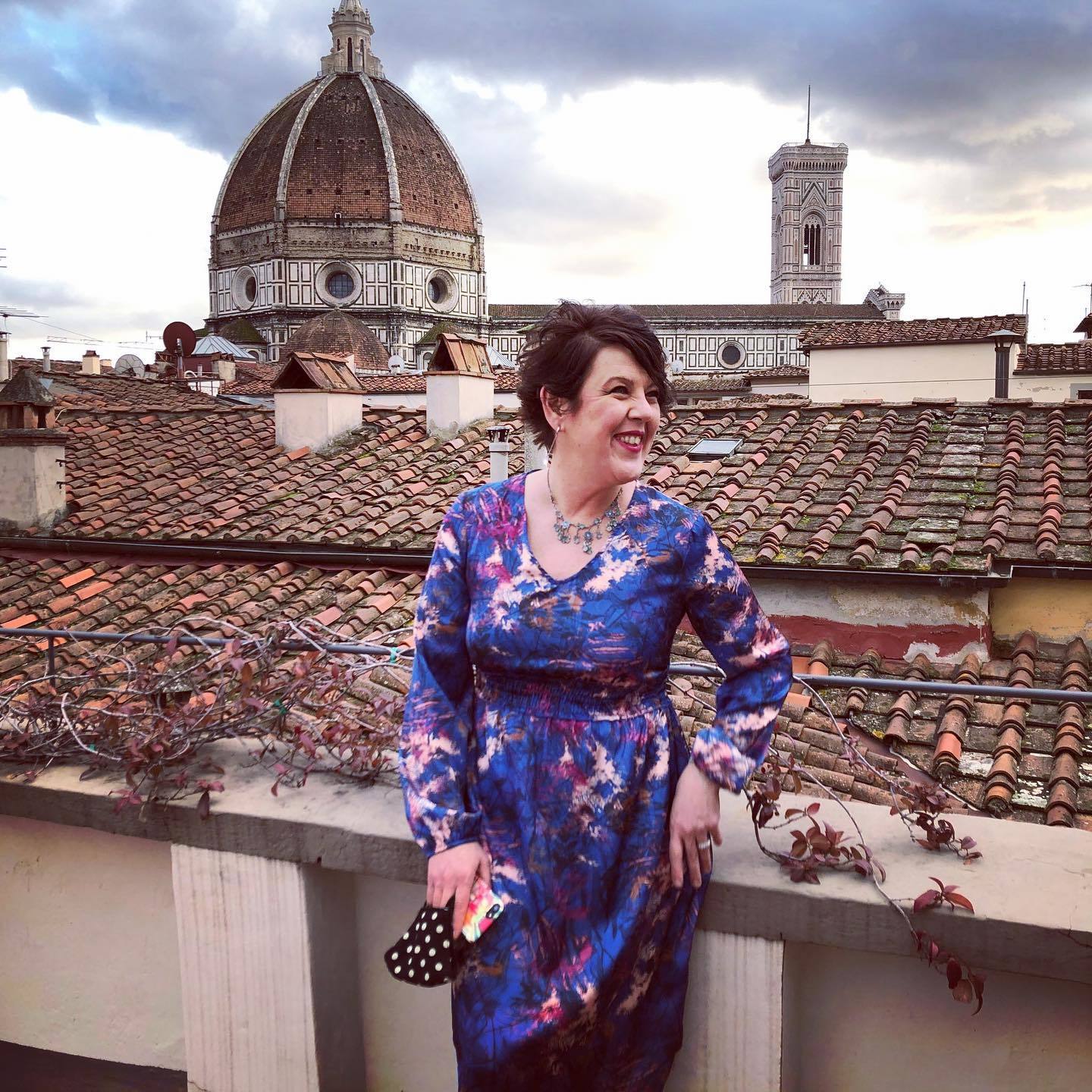 Courses Taught
Dr. Terry-Fritsch teaches a range of courses across the undergraduate and graduate curriculum at BGSU, from the broad surveys that introduce the history of art at the 1000-level, to the “Methods & Theory” seminar offered at the 2000-level, to the geographically- and chronologically-defined surveys at the 3000-level (including “Medieval Art”, “Italian Renaissance Art”, “Northern Renaissance Art”, and “Baroque Art”), to thematic seminars in “Critical Issues in Early Modern Art” at the 4000/5000-level, and the theoretically-conceived advanced “Seminar in Art History” at the 6000-level. Regardless of course level, Dr. Terry-Fritsch’s expertise in the cultural history of medieval and Renaissance Europe and deep interest in art historiography and the critical traditions of art history provide students with the tools to meaningfully engage in the critical analysis of visual culture. Students explore the technical process by which art was created at different historical moments—and often are assigned to investigate a work of art within the collection of the Toledo Museum of Art through first-hand analysis or test out historical artistic techniques in class—while at the same time, consider the larger socio-economic conditions of the making and reception of art.

Offered at the advanced undergraduate level and graduate level, Dr. Terry-Fritsch’s seminars engage with contemporary scholarship and provide a platform for students to gain mastery of critical theory and current methodological strategies. Recent courses include:

* “Renaissance Art and the Senses”

* “The Medici as Patrons of Art”

* “Violence and Art in Medieval and Early Modern Culture”

Areas of Research/Artistic Focus
Allie Terry-Fritsch is an expert on the art and culture of fifteenth-century Florence. Dr. Terry-Fritsch has published widely on topics ranging from Renaissance patronage and politics, art and violence, performative viewing and the sensory experience of art, and art theory and practice. She is co-editor of Beholding Violence in Medieval and Early Modern Culture (Ashgate, 2012; Routledge, 2016) and author of Somaesthetic Experience and the Viewer in Medicean Florence: Renaissance Art and Political Persuasion, 1459-1580 (Amsterdam University Press, 2020). Her next book, Fra Angelico’s Public: Renaissance Art, Medici Politics, and the Library of San Marco, has been supported by the Fulbright Foundation, National Endowment of the Humanities, Pittsburgh Foundation, University of Chicago, BGSU, and others.

Students interested in applying the BGSU’s MA Program in Art History to study one of the areas of Dr. Terry-Fritsch’s research expertise should contact her at alterry@bgsu.edu

Recent Accomplishments
Dr. Terry-Fritsch is the recipient of the Elliott L. Blinn Award for Faculty-Undergraduate Research Work, awarded by the President and Provost of BGSU for collaborative research work with undergraduates. Several of Dr. Terry-Fritsch’s M.A. advisees in Art History—including most recently Grace Nelson (2019) and Viola Ratcliff (2017)— have been awarded the Distinguished Thesis Award from the Graduate College of BGSU.

(2019) “Franciscan Art and Somaesthetic Devotion in the Italian Renaissance Holy Lands: Simming and the Production of Empathy at Varallo and San Vivaldo.” In The Senses and the Experience of God in Art in the Franciscan Tradition. Edited by Oleg Bychov and Xavier Seubert, OFM, 252-274. New York: Routledge, 2019.

(2015) “The Role of the Audience in Leigh-Ann Pahapill’s A Working Script in Shorthand.” Melbourne, Australia: Screenspace Gallery, 2015.

(2009) "How to Approach the Medici in Florence," in ContextTravel Guide to Florence

(2005) "Politics on the Cloister Walls: Fra Angelico and His Humanist Observers at San Marco." Ph.D. Dissertation, University of Chicago, 2005.

(2001) "The Iconostasis, the Choir Screen and San Marco: the Veiling of Ritual Action and the Participation of the Viewer in Byzantium and Renaissance Florence." Chicago Art Journal 11 (2001): 14-32.

(1999) "The Transformation of the Antique: Metamorphic Representation in the Renaissance," in The Place of the Antique in Early Modern Europe, ed. Ingrid D. Rowland, Chicago: David and Alfred Smart Museum of Art, 1999, pp. 13-27.