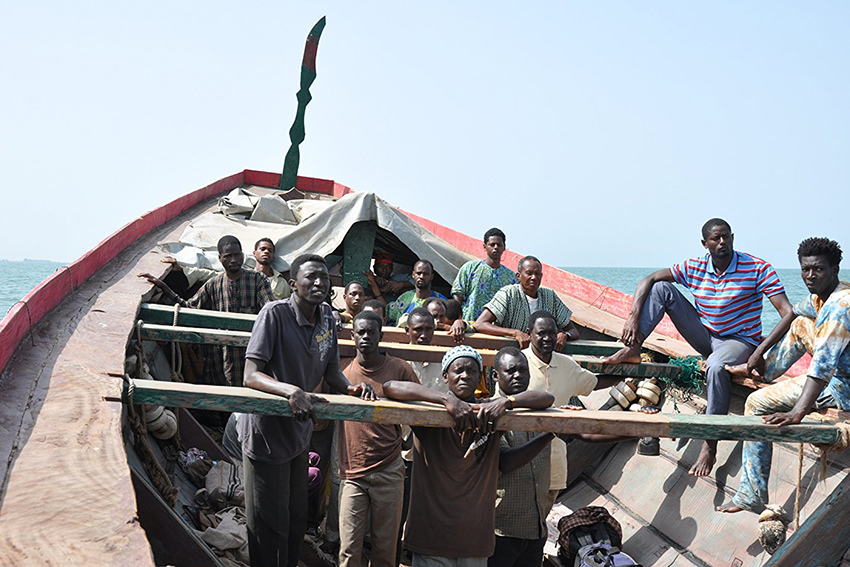 The International Film Series kicks off the spring schedule with two directors introducing their films, on March 22 and March 29. The 2018 series’ theme is exile and migration. All eight films begin at 7:30 p.m. on Thursdays in the Gish Film Theater at Hanna Hall and are shown free of charge.

On March 22, “Persona Non Grata” director Cellin Gluck will introduce his 2015 Japanese film, a moving biopic about Japanese diplomat Chiune Sugihara, sometimes called a “Japanese Schindler,” who issued several thousand visas to Jewish refugees in Lithuania before 1941. The film made its U.S. debut at the Atlanta Jewish Film Festival in 2016.

On March 29, filmmaker Bachir Bensaddek will introduce his 2016 French-Canadian film “Montréal la Blanche.” The film tells the story of a former Algerian pop star who has fled to Canada to escape the Algerian Civil War in the late 1990s. While sitting in a taxicab with an Algerian cab driver on Christmas Eve in Montreal, she is forced to confront personal questions of assimilation and identity.

Six additional films are scheduled for the series. The schedule is as follows:

March 23 –“Earth” is the 1999 film by director Deepa Mehta. The award-winning period drama is set in Lahore, Pakistan, during the 1947 partition separating India and Pakistan. One of the few films to explore the haunting ramifications of Partition, it focuses on the point of view of a young girl torn between allegiances.

April 6 – “Goin’ to Chicago,” a 1994 U.S. documentary directed by George King, chronicles the Great Migration (1915-1960) by focusing on the personal struggles, including unemployment, sharecropping and racism, of a group of African-Americans returning home to Greenville, Miss., by bus from Chicago.

April 12 – “Balseros (Rafters)” is a 2002 Spanish documentary directed by Carles Bosch and Josep Maria Domenech. The award-winning documentary tracks the lives of Cubans who fled Cuba by raft during the economic depression of so-called Periodo especial in the early 1990s. The transnational film gives insight into the “human adventure of people who are shipwrecked between two worlds.”

April 13 – “Dear Pyongyang” is the 2005 film directed by Yang Yong-Hi of Japan/South Korea. This deeply moving and intimate documentary features Zainichi (North) Korean immigrants living in Japan and their complex allegiances to family, host country and their “fatherland.” A daughter interviews her parents as they return to Pyongyang to celebrate her father’s 70th birthday with her brothers.

April 19 - “La Pirogue (The Dugout)” is the 2012 film directed by Moussa Touré of Senegal. The film tells the story of a group of African men who leave Senegal in a pirogue captained by a local fisherman to undertake the treacherous crossing of the Atlantic to Spain, where they believe better lives and prospects are waiting for them.

The films are presented by the Departments of World Languages and Cultures, Theatre and Film, Asian Studies, Ethnic Studies, and International Studies, with funding from the Pallister Francophone-Canadian Lecture Series and the National Endowment for the Humanities.