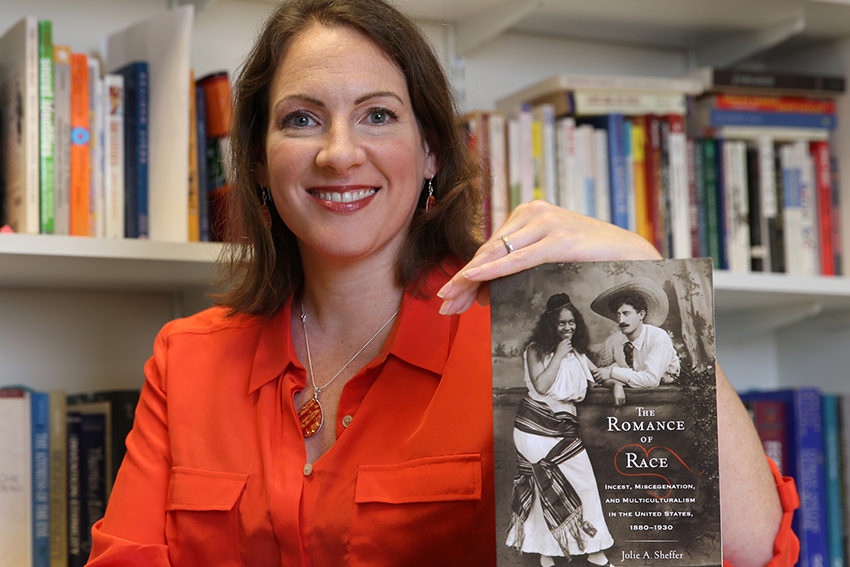 Jolie Sheffer’s book “The Romance of Race” was quoted positively by Toni Morrison.

The work of Dr. Jolie Sheffer, associate professor of English and American Culture Studies, has been noted by famed author Toni Morrison, winner of the Nobel Prize for Literature and Pulitzer Prize, whose novels about the African American experience and history have earned her a place in the American canon.

Morrison wrote about and quoted Sheffer’s 2013 book “The Romance of Race” in her new book, “The Origin of Others,” which is the printed version of the 2016 Charles Eliot Norton Lectures at Harvard University.

The extended quotation, which includes the lines “Jolie A. Sheffer’s excellent rendition of the means by which ‘belonging,’ that is, creating a coherent nation out of immigrants, took place…,” appears in Morrison’s chapter/lecture on “The Romance of Slavery.”

Sheffer, who is also director of BGSU’s Institute for the Study of Culture and Society, has studied and written about notions of identity and community in U.S. culture. “The Romance of Race,” published by Rutgers University Press, examines the role of minority women writers and reformers in the inauguration of modern American multiculturalism.