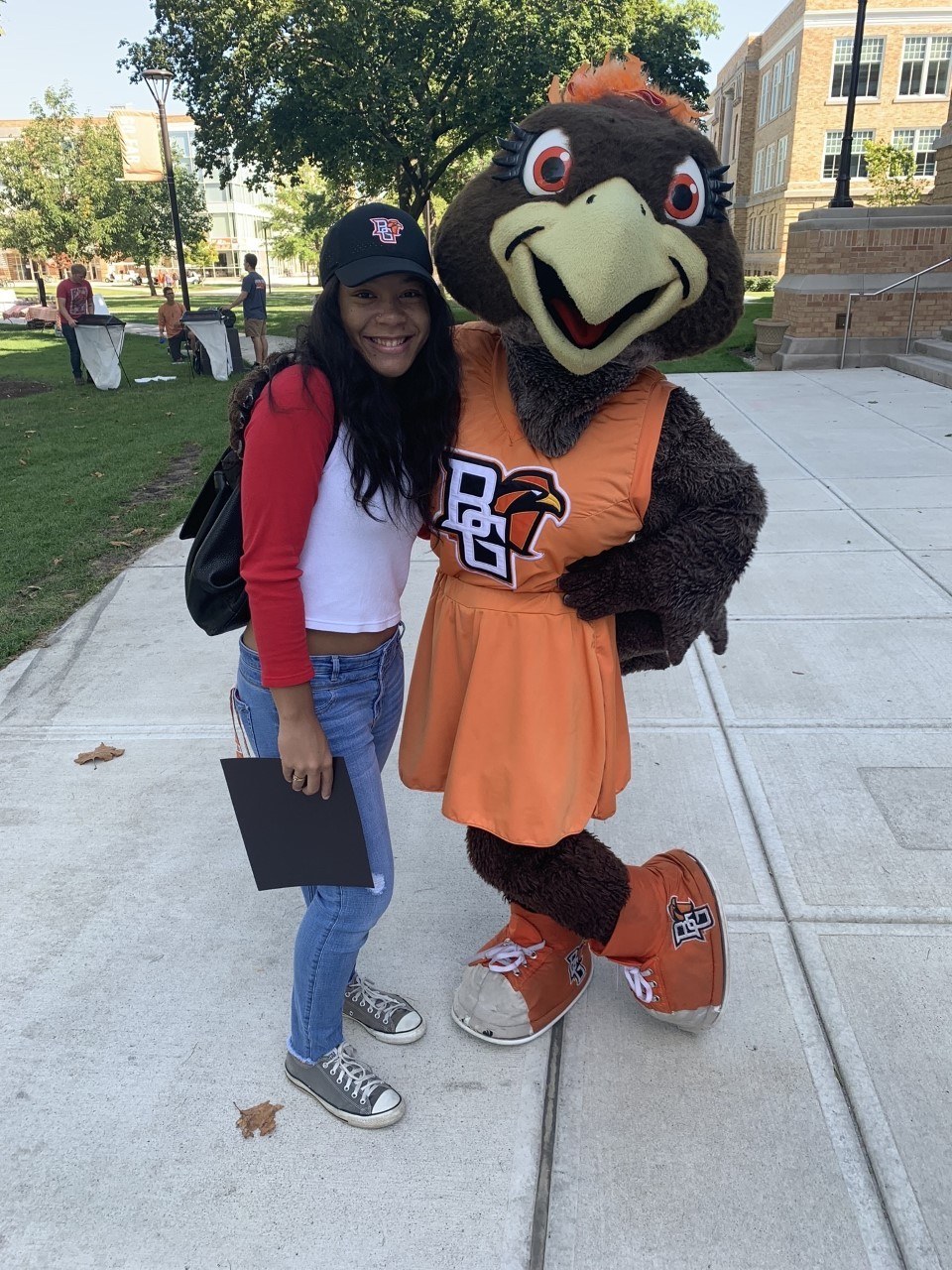 Chloe English, a Criminal Justice major, is the winner of the first Spring Semester Inclusion Essay Contests for her essay on Black History Month. Chloe responded to the prompt "Black History is American History," and her winning essay is republished below. Please join the Department of English in congratulating Chloe!

“Those who have no record of what their forbears have accomplished lose the inspiration which comes from the teaching of biography and history.” – Carter G. Woodson

Today’s technological and social advancements were invented and thought of by numerous African Americans. Things such as, hair care products (Madame C.J. Walker 1867-1919), medicinal drugs (Percy Julian 1899-1975), and even ultraviolet cameras (George Carruthers 1939-). Our African American ancestors were forced to America to work for the white man/woman, but they still decided to better this country. We know all about how this country was constituted and the wars this country has been in to fight for its independence. So why not know about the African American men and women, who helped make America great.

African Americans have been through slavery, being bought, and racism – even today, we African Americans still go through the harsh words and actions of racists, but that does not stop us. If it was not for our ancestors we would not have the advantage to get to higher levels of buildings, but thanks to Alexander Mills, for inventing the elevator, we can. We would not be able to eat or drink our dairy products, but thanks to John Standard for inventing the refrigerator. Many of the important things we use today, things that help save lives and make them better, were invented by African Americans. Why should we just be informed about Christopher Columbus or George Washington, when we need to be more informed on the men and women, have been raped, beaten, and ostracized for just being a different skin color.

It is imperative we know how black women can be intelligent and just as clever as white women, but can’t have the same respect, because she is “darker”.  We need to know why words such as “nigger” and “jigaboo” exist. Many of the millennials today use these derogatory terms but don’t know the meaning of them. We need to know why and how slavery was invented and how it was abolished. Black history is American history, because all these things happened in America.

This country was not what it used to be and frankly it just wouldn’t be fair if we just learned about the white people. If that’s the case take me back to Africa. I would not want to live in a country, that promotes freedom, but does not have the decency to talk about the main people who know what not having any sort of freedom feels like. This doesn’t just go for African Americans, but the Jews, Hispanics, Native Americans, Asians, and all other ethnicities out there, that aren’t considered “white”. We have all been through something in common and America needs to know what this country was built on.