Reptiles are ectothermic vertebrates with scaly skin that protects from desiccation.  Because of this adaptation, they can inhabit a wide variety of habitats including dry places. Most reptiles lay eggs on land, although some give live birth. The young look like miniature adults and are able to fend for themselves from hatching.

Reptiles are divided into 4 groups:

We currently have snakes, lizards, and one tortoise in the BGSU Herpetarium.

Lizards represent a highly diverse group of reptiles.  Most have four legs and a tail, and they are well adapted to a variety of habitats.

Many agamids are commonly called dragons.  These lizards have powerful legs and, unlike geckos, most agamids cannot shed or regenerate their tails.

They mainly inhabit warm environments such as deserts or tropical rain forests. Many agamids are diurnal with good vision, feed on insects, and are oviparous (egg layers).  This group includes Australian dragon species and African Uromastyx. 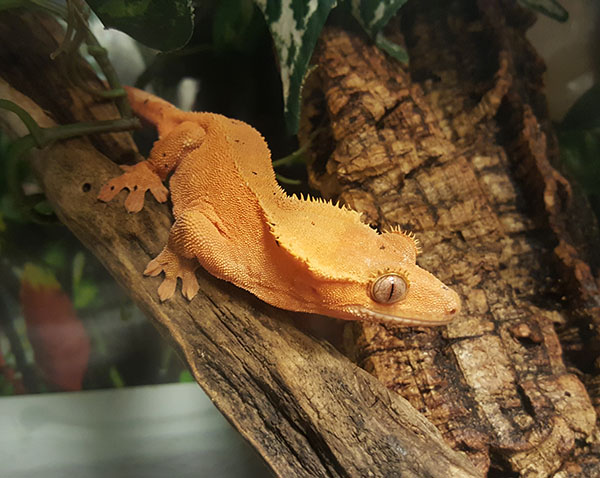 Geckos are well known for their climbing abilities due to setae (hair-like scale modifications) on their toe pads.  Most geckos are nocturnal, but a few are diurnal.  Many geckos are oviparous (egg layers) and do not have eyelids.

Additionally, geckos have adapted unique methods of escape from predators.  These defense mechanisms include tail autonomy (dropping the tail at specific plates with minimal blood loss) and allowing the skin to tear in a predator's mouth.

Chameleons have laterally compressed bodies, prehensile tails, and extensive development of casques, horns, or crests on their head.  Their feet are zygodactylus, meaning their toes are fused to form mitten-like grippers ideally suited for grasping small branches.

Chameleons also have long tongues that project rapidly outwards to capture insect prey at a distance. Their eyes move independently.  They are exclusively diurnal, and most are oviparous.

Chameleons are well known for their ability to change color, although it is a common misconception that the color change is to match the background.  Instead, color change relates to heat absorption and communication between members of the same species. 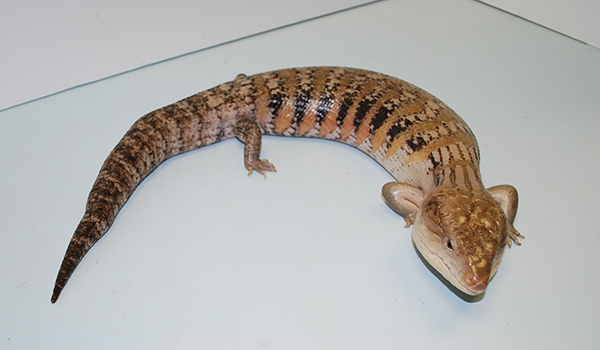 Skinks are different from other lizards in that they generally lack a pronounced neck and have small, stubby legs in relation to their bodies.  Most species are terrestrial, tending to dig and burrow with their short toes to avoid predators.  Other species are arboreal and have longer toes used for clinging to trees.  The majority of skink species are diurnal and bask in the sun during the day.

Snakes are elongate "limbless"  vertebrates with an increased number of vertebrae and ribs, resulting in a very flexible body covered with scales.

Colubrids are a huge family containing more than 1800 species, which is about 63% of all snake species.  These animals have a complete lack of hind limbs, whereas boids are known to have vestigial hind limbs.

Boids include boas, pythons, and sand boas.  Although some species are small, boids include the largest snakes in the world and are generally heavy bodied.  Unlike the colubrids, boids have vestigial hind limbs, which are spurs seen at either side of the vent.  Boids occur in a variety of habitats, and many have infrared-sensitive pits.

Pythons are oviparous (egg layers) while boas are Ovoviviparous (live bearers, with eggs being retained in females bodies until ready to hatch).

The main difference between turtles and tortoises is that turtles are primarily water dwellers and live in or near water for their entire lives, whereas tortoises are primarily land dwellers.  Turtles have webbed feet or flippers used for swimming and generally have more streamlined, lightweight shells than tortoises.