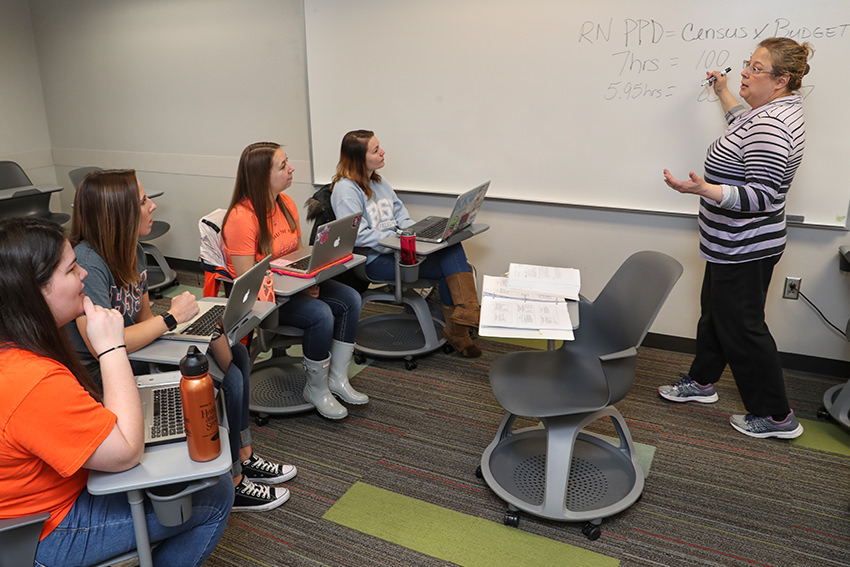 Bowling Green State University is answering the call for a better pathway to becoming a licensed long-term care administrator with its new graduate specialization in that area. Graduates will be prepared to sit for licensing exams in Ohio to serve as administrators of nursing homes and other facilities such as assisted living.

Since 2013, BGSU has offered the only interdisciplinary master’s degree program in gerontology in the state, allowing students to focus on gerontology, human development and family studies, kinesiology, health promotion, or social policy and administration. The new specialization expands on BGSU’s program and fills a growing demand for professionals with expertise in aging, policy and administration.

It is aimed at undergraduates in gerontology or other helping professions who would like careers as administrators, and at people already working in the field, such as nurses, social workers or activity directors, who would like to move into administrative positions and become licensed. Because these nontraditional students tend to be already working, many courses will be offered online or at night to meet their needs.

Graduates will have an understanding of not only aging but also finance, insurance, Medicare and Medicaid, regulations and other related areas. Because the program is interdisciplinary, students will take classes across the University.

The program’s required 1,000-hour internship will give them a broad familiarity with all aspects of nursing homes and care facilities, from nursing to maintenance to food service, said Dr. Wendy Watson, associate professor and gerontology program coordinator in the College of Health and Human Services.

As the aging population rapidly expands, it is surprising that there are so few academic programs aimed at preparing these much-needed professionals, Watson said. The gerontology program at BGSU is one of only four undergraduate long-term care programs in Ohio accredited by the National Association of Long Term Care Administrator Boards (NAB), and one of only 13 in the nation. There are only two other nationally accredited programs: one in Maine and the other in Washington, D.C. BGSU plans to become the third this spring.

“We get calls all the time asking about this,” Watson said. “There are really limited options. To be an administrator of a nursing home in the state of Ohio, you must go through a program that is accredited by NAB. If you don’t have an undergraduate degree in long-term care administration, the only other options in Ohio are to get another undergraduate degree or take a three-week course in Columbus that also requires a 1,500-hour internship, usually unpaid, with no financial aid available. It’s not easy for many people to do this.”

Because administrators deal with very vulnerable populations, Watson said, nursing homes are among the most highly regulated facilities. And as care for the elderly expands to include assisted living and home- and community-based services, there is discussion at state and national levels about corresponding multi-level licensure.

“We’re very fortunate to be ahead of the curve on this with our interdisciplinary master’s program in gerontology and now this specialization,” Watson said. “It’s a niche we can fill.”