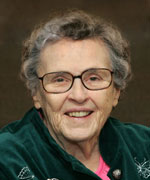 The lecture series was established by Dr. Janis L. Pallister, Distinguished University Professor Emeritus of Romance Languages at BGSU. During the course of her career and after, Dr. Pallister earned an outstanding reputation in scholarly activities. She published six books, co-authored others and delivered 90 scholarly papers in the USA and abroad. Her interests were focused on French Renaissance and Baroque literature, Black literature in Romance languages, Canadian Francophone literature, Vietnamese literature in French, Francophone women film directors and Acadian film.

Each year the BGSU Department of World Languages and Cultures and the French Program host the Pallister French-Canadian Lecture Series. The series is now part of the Spring International Film Series.

Thursday, April 30
7:30 p.m.
206 Bowen-Thompson Student Union
A reception will follow the screening of the film and the discussion. 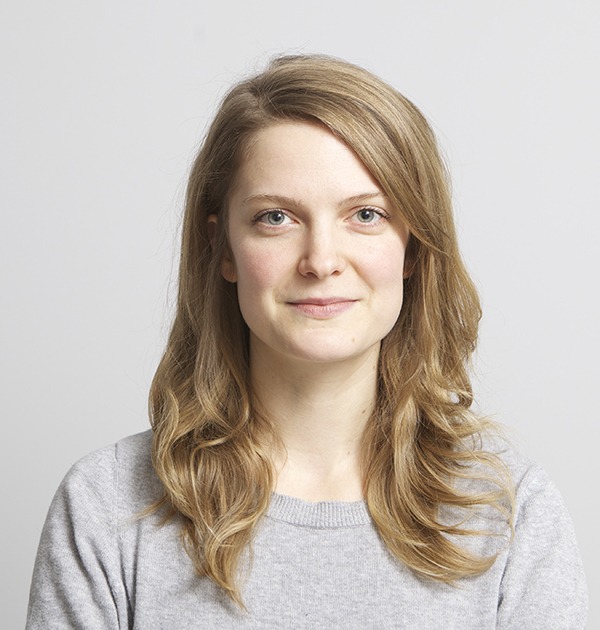 After studying in film and photography, Dulude-De Celles flew to Romania where she taught the art of cinematography at a French school in Bucharest. Upon her return to Québec, she began a bachelor's degree in cinema, where she specialized in film directing. Her final film project (Dear Friends) travelled through Québec and several international film festivals, winning a few awards along the way. She later began a master's degree in film and moving images at l’Université du Québec à Montréal. She paused for a trip around the world where she directed and produced short documentaries for a television show La course autour du monde broadcast on Canal Évasion. Upon her return, Dulude-De Celles wrote and directed a short film (La Coupe). She is co-founder of a production company called Colonelle Films.

Frédérick Pelletier was the guest director in 2019. He discussed his feature film, Diego Star (2013) after the screening.

Diego Star was also part of the International Film Festival, “Undoing the Single Story.” The term, “single story,” refers to Nigerian writer Chimamanda Ngoze Achidie’s TED talk, “The Danger of the Single Story.” Achidie explores the power of storytelling to construct and perpetuate stereotypes about others—especially if one tells one single story about them over and over again.

Frédérick Pelletier was born in Lévis—across the St. Lawrence River from Québec City. He currently lives and works in Montreal and has worked both for the Cinémathèque du Québec and the National Film Board of Canada. Currently, he is a documentary programmer for Rendez-vous du cinema québécois, which is a film festival founded in 1982 in Québec; he continues to produce both shorts and feature films. 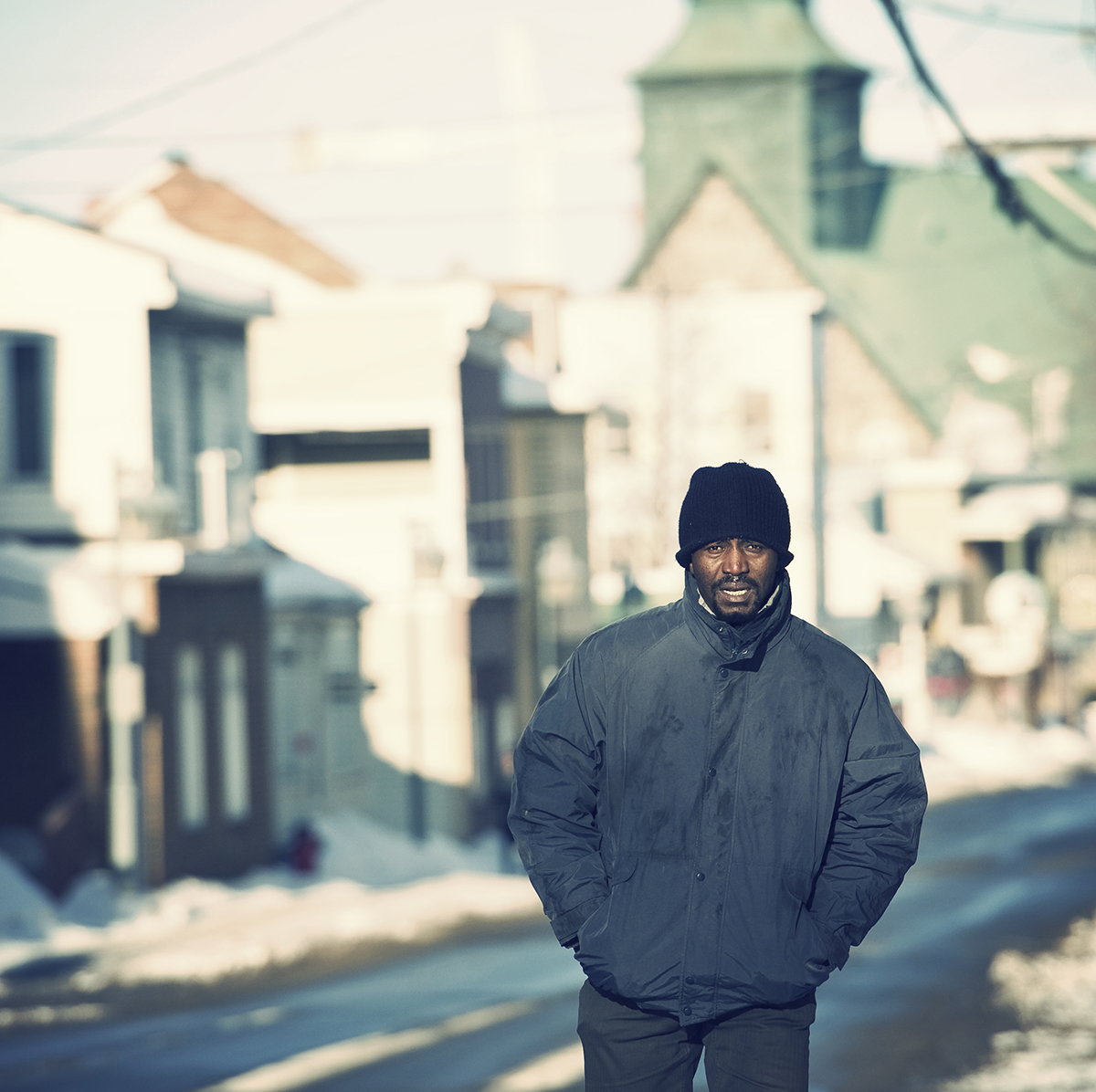 A serious accident occurs on board the Diego Star, a dilapidated Russian cargo ship. Traore, a mechanic from the Ivory Coast, is unfairly blamed for it. The ship is towed to the nearest shipyard for repairs. In the interim, crew members find shelter with the inhabitants of the small local village. Far from everyone he loves and knows, Traore is engulfed by the Quebec winter.

Bachir Bensaddek
On Thursday, March 29th, M. Bensaddek visited BGSU's campus to talk about his film. A reception followed the screening of the film.

Bachir Bensaddek  has been a director of documentaries for fifteen years. His first feature fiction film, Montréal la Blanche/Montreal White City, which will be screened March 29, 2018 at 7:30 pm in the BGSU Gish Theatre in Hanna Hall, was playing in theatres in the province of Québec in Spring 2016. M. Bensaddek is currently directing a documentary series for Télé Québec while developing new feature film projects.

Summary - One Christmas Eve in Montreal, during Ramadan (the Muslim month of fasting), the destinies of two immigrants of Algerian origin cross for a brief few hours. Amokrane, a taxi driver attempting to avoid any holidays that might dredge up difficult memories, picks up Kahina, a young, somewhat distracted professional tryng to catch up to her ex-husband and her young daughter. The night and the taxi serve as the backdrop of Amokrane and Kahina's interactions, and in the rear-view mirror of Amokrane's taxi, memories of Algeria and the civil war of the 1990s resurface despite the attempts of both protagonists to blanket those experiences under the white snow of Montreal.

Kim Thuy is a Vietnamese author whose novel of a 10-year-old born in Saigon during the 1968 Tet Offensive is autobiographical in nature.

Marie-Célie Agnant, writer of poems, short stories and novels, left Haiti for Canada in 1970. She has also worked as a translator and interpreter in addition to having earned a diploma in teaching French as a Second Language. She has taught for several years and also worked as a research assistant. It is this research that led to the publication of her first novel, La dot de Sara [Sara’s Dowry], published in 1995. The narrative is based on auto-biographical accounts told by grandmothers of Haitian origin. The stories were communicated in Créole within the context of a sociological research project.

Bernard Émond, director, screenwriter (borne in Montréal in 1951). After studies in anthropology and several years teaching at various Montréal Cégeps, Bernard Émond went to live in the Canadian Arctic to do work as an apprentice for Inuit television.

Denis Chouinard has proceeded like someone who has always known what he thinks. He has written and directed or co-directed six evocatively named shorts: On parlait pas allemand in 1985, Les 14 définitions de la pluie in 1993, Le feu in 1995, and, in 1998, the documentary, Le verbe incendié.

Québec playwright Marco Micone was born in Montelongo, Italy in 1945 and emigrated to Canada with his family in 1958. He grew up in Montreal and earned French degrees at Loyola and McGill. At the latter he wrote a M.A. thesis (1969) on the theatre of Marcel Dubé.

Monique Proulx is a French-Canadian writer who has achieved considerable literary recognition, both in Canada and abroad. Her first novel, Sans Coeur et sans reproche, won the Adrienne Choquette literary award, and some of her other novels have won her awards such as the Signet d’Or de Plaisir de Lire, le Prix des Libraires du Québec, the Prix Littéraire Desjardins and the Prix Québec-Paris.