What can you do with a philosophy degree?  Almost anything you want.  Meet some of our recent graduates: 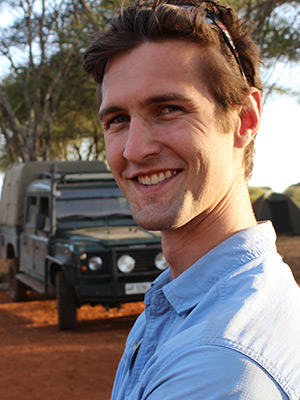 How has your background in philosophy influenced your life choices and experiences?
The career that I’ve chosen to move forward in is humanitarian relief and international development. If there is one constant in that world, it is the ubiquity of moral ambiguity, ethical dilemma, and competing value systems, often on a very practical level. Seldom do you have the problem of an overabundance of resources and a shortage of need, it is nearly always the converse. In those situations, for example, where there are millions of displaced persons with food needs yet your organization only has enough resources to aid a tenth, how do you choose who receives those food vouchers?

In a complex emergency, is it morally wrong pay a warlord for protection to get medical supplies to cut off towns?

Should your organization remain silent on the human rights abuses of a government if it allows you to continue helping people on the ground? Having taken philosophy courses on ethics, epistemology, law, and language has influenced the way I engage with, think, and write about very real trolley problems. Philosophy doesn’t train you to write and analyze and argue in a vacuum, it did so with thought experiments and irresolvable dilemmas and contradictions. In my work and current studies, I find the armature of those thought experiments invaluable in framing my reality. As my career moves forward and I am placed in positions of greater responsibility, I imagine my philosophy training will become ever more important.

What are your best experiences since graduating from BGSU?
Following my graduation at BGSU, I fulfilled one of my life dreams: completing Peace Corps service. I served as an agriculture volunteer in a beautiful forested region of West Africa in Kedougou, Senegal. It was an entirely different world from everything I had known up to that point but after a few years there I knew it as home. I lived in a grass thatched hut with an overwhelmingly kind Muslim family of teachers and farmers in a small city on the frontier with Guinea. My best memories during those times were the nights when the power cut and the neighborhood kids would gather around my host father and listen to him tell old stories about chosan, a sort of mythical past where all the children were well behaved and bananas grew as big as your arm. My favorite tales were those that blended his own childhood memories with bits of traditional stories to weave together a colorful retelling of days gone by. I found a real love for sitting and listening to old men spin yarns and debate the meanings of obscure proverbs. One of my favorites is mo haylaaki, haylay hoore , which roughly translates to “he who does not wander, stews in his own head.” In many ways Peace Corps was a bit like studying philosophy: if you walk away without a greater appreciation of the diversity of human thought, then you have missed something essential.

What are your favorite memories of your time at BGSU and in particular, in the philosophy department?
I have so many wonderful BGSU philosophy memories. From practicing mindfulness meditation with Marv Belzer in the basement of Shatzel to evening existentialism courses with Don Callen to Sarah Worley’s philosophy of language course. It may sound strange for someone reflecting back on college days but so many of my favorite memories at BGSU were spent in the classroom. When else in life is your primary occupation to explore a well-stocked library for 4 years?

One of my fondest memories from that period was actually an exam. Allow me to explain. In lower level philosophy courses you inevitably encounter those big questions every layman associates with philosophy such as “What is happiness?” and your professor will presents some stylized answers: happiness is momentary pleasure, or the absence of pain, or virtue. The answer that resonated with me was happiness as achievement, as the culmination of an act of the will, satisfaction at having undergone something difficult and come out better for it.
My sophomore year I took Professor Michael Bradie’s Epistemology class. To this day, that was the single most difficult course I have ever taken. It wasn’t difficulty by volume like much of graduate school but a proper mental struggle. Professor Bradie was unforgiving in his teaching style in the same way that a tough soccer coach pushes you to find that extra ten percent in the last minutes of a match. He cultivated this law school-esque sixth sense of calling on students to discuss the paragraph he knew they had rushed to read in the lobby before class. I still remember his final exam as a turning point in my writing style. Those two hours demanded a clarity of thought and a parsimony of argument sharpened over an educational career. I prepared for weeks for those three essays and when I left that exam I didn’t so much feel I had succeeded in cramming the content into my long term memory but rather that I had truly matured in my writing style, that I was able to present difficult material in clear, logical sequences. I won’t say I would’ve wanted all my professors to be like Michael Brady but I do feel privileged to have taken his course.

My second favorite memory occurred in quite a different sort of class, Marv Belzer’s mindfulness meditation course. Professor Belzer was that sort of professor your conservative uncle conjures when you tell him you’ve decided to pursue a liberal arts course of study: a firm believer in the superiority of the scientific method with a penchant for effusive speeches about the benefits of eastern philosophy. When I lived at BG, there was an old, converted church a block from campus that was being used as a sort of community center and hang-out for anarchists, night owl biology Ph.Ds, and a motley assortment of townies. It was run by a fiery pastor-turned painter and child of the 1960s. It really was a magical cocktail. Saturday mornings in the weeks after the class had ended, Marv would host group meditation in the stained glass former worship space. The place had no heat so we would all sit there in our coats and blankets and listen to Marv guide us through existing deliberately. If you were to walk in on one of those Saturdays you would find us sitting silently, breathing deliberately, and watching our cold breath rise up in a wash of blue, stained glass light. I do not anticipate I will ever again find such an atmosphere. Those were some of my happiest memories at BGSU. 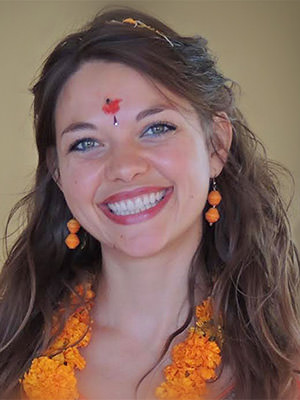 How has your background in philosophy influenced your life choices and experiences?
I've spent the past five years living overseas and globetrotting, which has felt very similar to studying philosophy in a sense. At the end of the day, both involve figuring out what it means to be human. Trying to understand how humanity manifests itself in such various forms. Trying to understand how people outside of oneself and one's circle think and live. Whether it's being observed in the real world or read in books, the ultimate goal is the same.

The critical thinking skills which a philosophy major cultivates are invaluable for someone who doesn't want to follow a life path that was pre-packaged for them. Philosophy asks one to question assumptions, take in alternative viewpoints, and often to come up with creative ideas independently.

What I learned about meditation, mindfulness, and Eastern philosophy has also stuck with me and grown over the last decade. It was perhaps the start of what eventually took me to a one-month yoga teacher training in Rishikesh, India. Sitting on a hard wooden floor at 5:30 AM as the sun rose over the Indian Himalayas often took me back to Marv Belzer's meditation classes. Discussing the various interpretations of the very concept of 'yoga' with my philosophy teacher, likewise, reminded me of my first encounter with Plato's 'Allegory of the Cave' (thanks to Ian Young!).

What are your best experiences since graduating from BGSU?
1. Living in Southeast Asia for 5 years (as well as bringing my visited countries to nearly 50)
2. Studying yoga/meditation in India

What are your favorite memories of your time at BGSU and in particular, in the philosophy department?
A meditation class that I took with Marv Belzer entailed attending a three-day silent meditation retreat. Meals and free times were silent, along with regular sitting and walking meditations which took up most of our days. We were even told to avoid eye contact with other meditators. Three days of silence was quite an intense experience, something I hadn't experienced before or afterwards. I vividly remember getting into the car with my friends at the end of the three days, still in silence. The radio which had been blaring on our ride to the retreat resumed its blaring and all three of us, startled, reached to turn it off. The world seemed louder, and somehow we felt quieter.

Getting to know my professors and student affairs staff was perhaps the most valuable part of my experiences at BGSU. They transformed my path in meaningful, tangible ways. An independent study with Prof. Young was one such experience which helped me develop as a student, and as a human being. Ian and I met regularly to discuss the materials and essays for a course we co-created. Over time, he became an important mentor in my life and I've even gotten to know his wonderful family.

Understanding that many of the 'real adults' you meet in college are there because they are truly passionate about helping young adults develop and thrive. Ultimately, because of my role models at BG, I chose that as a career path for myself. My undergrad years transformed me as a person, and there's nothing I'd find more professionally fulfilling than helping someone else the way my instructors and advisors helped me. 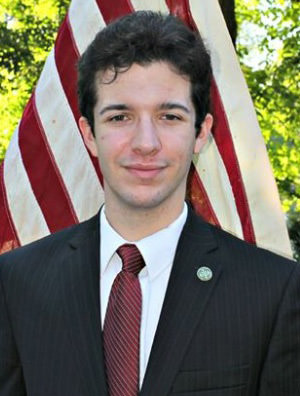 How has your background in philosophy influenced your life choices and experiences?
My background in philosophy - particularly ethics - is a big reason why I decided to dedicate my life to serving others through public service, and especially in elected office. Philosophy continues to inform my conduct, deliberation, outreach, and legislative work on City Council.

first public park in the history of my City Council district that I fought for two years to see created and developed; and my time at conferences with the national Young Elected Officials Network, which provides support and professional development for young elected officials all across the nation.

What are your favorite memories of your time at BGSU and in particular, in the philosophy department?
My favorite memories of my time at BGSU include Dr. Edgar Landgraf's Nietzsche class, which provided an exciting and insightful look at a philosopher who remains widely misread and misunderstood; and my several classes with Dr. Don Callen, who loved his students so much.