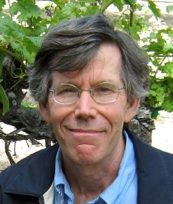 *The Garden of the World was awarded the 2013 Nancy Dasher Award in Creative Writing, presented by the College English Association of Ohio.