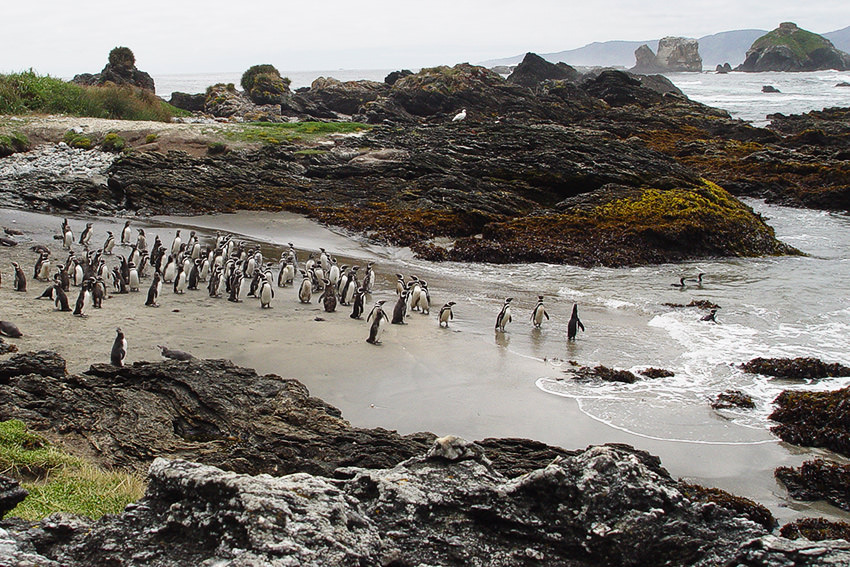 Dr. Juan Bouzat, a professor in Bowling Green State University’s Department of Biological Sciences, is part of an international research team studying the evolution of penguins. He is a co-author of a study published in the journal of the Society for Molecular Biology and Evolution that demonstrates the importance of island formation in the diversification of penguins and posits the discovery of two extinct penguin species from New Zealand. The research, recently highlighted by the New York Times, was conducted by a diverse team of 19 scholars representing eight countries and 16 research institutions and universities.

During a sabbatical, Bouzat initiated collaborations at the University of Copenhagen in Denmark alongside a consortium of scholars who are uncovering the genomes of 10,000 species of birds. This major international collaboration has helped with efforts to complete the genome sequencing of all penguin species. The New York Times article highlights just one of the outcomes of this research. Doctoral student Tess Cole from the University of Otago, New Zealand, coordinated the analysis of the mitochondrial genomes of penguins, which led to the discovery of two new subspecies of penguins in the Chatham Islands: the dwarf yellow-eyed penguin and a new crested penguin.

The appearance of these subspecies is linked to the geologic formation of their native islands, and thus provides evidence for the role of island formation in the diversification of penguins. The study also showed that early human settlers likely played a role in the disappearance of the newly described penguin subspecies, because fossil evidence suggests these waddling birds were cooked and eaten into extinction.

“These international collaborations expand the impact of BGSU’s research activities and raise BGSU’s profile as a comprehensive research university, in line with the BGSU’s Strategic Plan recently presented by President Rogers,” Bouzat said.

Closer to home in his lab in the biology department, Bouzat’s focal research is on the population genetic diversity and potential hybridization of penguin species from South America, including the Magellanic penguin inhabiting the Patagonian shores of South America, the Humboldt penguin located in northern Chile and Peru, and the Galapagos penguin, which is restricted to the Galapagos Islands.

For example, studies by former master’s student Gabrielle Arauco-Shapiro and current doctoral student Katelyn Schumacher showed that Galapagos penguins have lowered levels of genetic diversity compared to the Magellanic penguins. This is because the Galapagos region is highly impacted by variable weather patterns associated with El Niño effects, which result in the drastic decline of penguin populations. In contrast, large populations like those of the Magellanic penguin allow for increased genetic variability, making the species less prone to extinction. In another research project, master’s student Eric Hibbets is studying the genetic makeup of Magellanic and Humboldt penguins in a region where both species overlap. Using multiple genetic markers, Hibbets has been able to document genetic evidence of hybridization in nature, which has both evolutionary and conservation implications.

Thanks to the increasing accessibility of genome technology and the collaborative efforts of multiple research groups, Bouzat and his colleagues are ushering in the genomic era, which is changing the way researchers study the genetic diversity of wild species. Bouzat hopes to continue his collaborations to expand his research program into the use of genomic technology at the population level. The sequencing of complete genomes of single species has expanded to the sequencing of multiple individuals and populations within a species. This provides a powerful tool to examine levels of genetic diversity, past demographic events, and evolutionary responses of natural populations to human impacts on the environment.

“This provides a powerful tool to examine levels of genetic diversity, past demographic events, and evolutionary responses of natural populations to anthropogenic impacts on the environment,” Bouzat said.

As part of his teaching philosophy, Bouzat encourages collaboration among his doctoral, master’s, and undergraduate students, who often work on and contribute to the same body of research despite having independent projects.

“BGSU provides a great environment for students to learn how to do science, given the level of personalized mentorship that our undergrad and grad students receive in our programs,” he said.

Bouzat motivates his students during weekly lab meetings, where updates on research and data analyses are discussed, and also works intensively with his students on the writing of their research for publication, promoting their growth as independent scientists and thus rendering them competitive candidates in their careers after graduating from BGSU.