An elated Maite Hall was among the 48 people receiving United States citizenship Nov. 13 during the naturalization ceremony in the Lenhart Grand Ballroom. Hall, who recently marked her one-year anniversary as coordinator of international student services with International Programs and Partnerships, took the oath of citizenship along with her parents, Franklin and Alcira Barrios. The family, originally from Venezuela, also includes Hall’s brother younger, Franklin, who takes his citizenship test Nov. 15, and another sister who is also in the process.

The timing of the ceremony was appropriate, said Cecilia Castellano, vice provost for enrollment management, falling as it did during International Education Week at BGSU. The new citizens came from 26 countries. They were joined by friends and family, adults and children, celebrating the occasion. 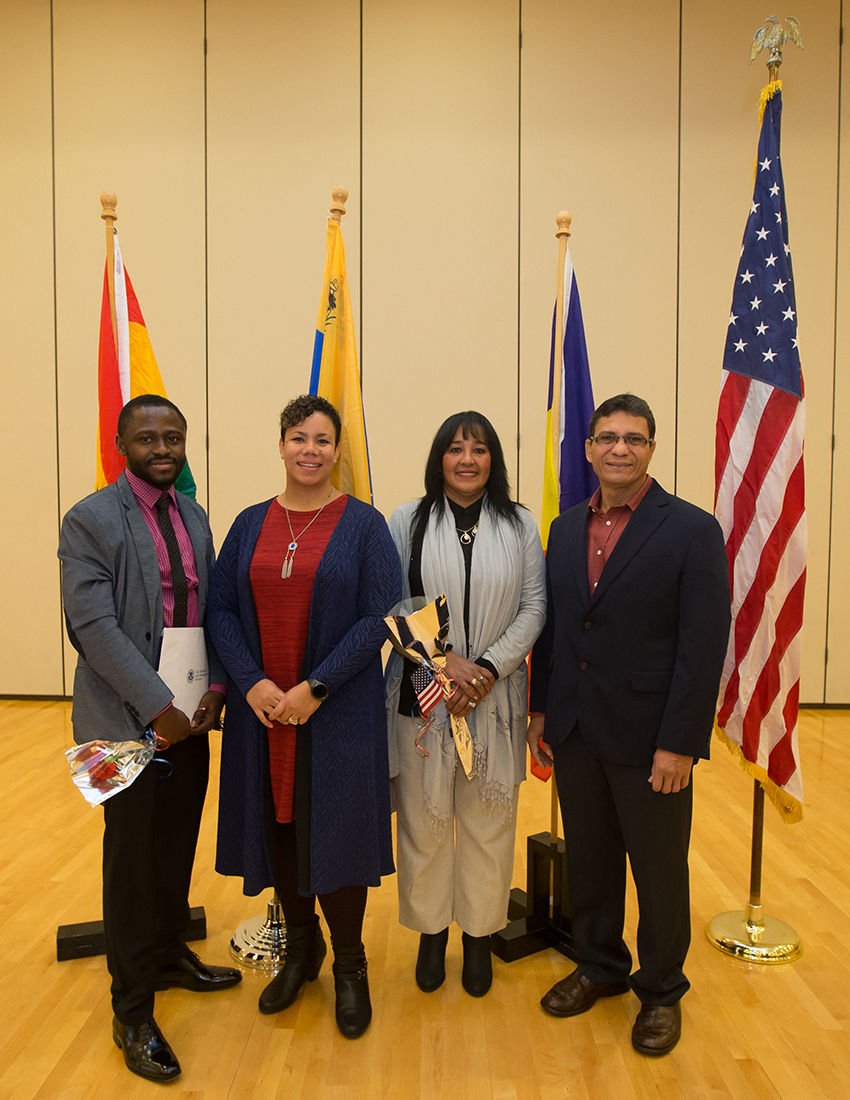 “The most meaningful things for me are being recognized as a legal citizen and being able to vote,” she said. “I would tell anyone who wants to become a citizen not to give up. It’s a challenging process and it’s costly, but it’s a big achievement.”

Along with Hall, the BGSU family welcomed new citizens Christopher Sah, from Ghana, a graduate student pursuing dual degrees in public health/epidemiology and health services administration, and Maria Albujah, a 2017 graduate from Ecuador who received her master’s degree in education.

Sah has been in the United States for only five years and has no other family here but was joined by a number of jubilant friends. He came to pursue his education and decided to stay for his career. He said he would like to remain in the Bowling Green area.

“I like it here,” he said. “The standard of living is good and the atmosphere is calmer than in the big cities.”

Addressing the new citizens was another immigrant, Magdy AbouZied, associate director of University Dining Services, who came to the United States from Egypt, with only one cousin here to meet him.

“When I boarded a plane in 1988 I had wanted since I was a child to be an American and pursue my career and enjoy the American dream,” he said. He worked hard, met his wife and had two sons and eventually became a business owner. Wanting to have more time to follow their academic and sports activities, he sold his business and came to work at the University.

“There are endless opportunities for you here so long as you participate and contribute to this country,” he told the new citizens.