Mosaics will be displayed at Zeugma Mosaic Museum 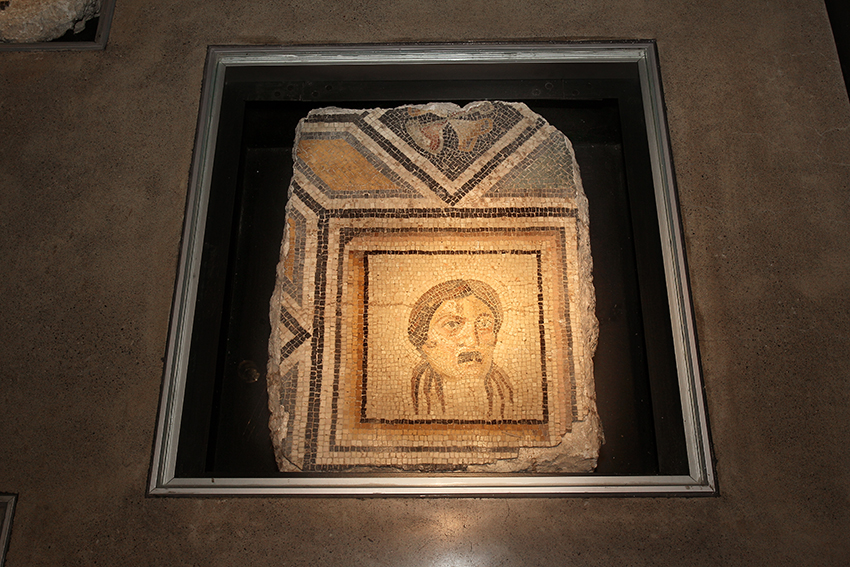 Twelve pieces of ancient mosaics in Bowling Green State University’s art collection are being packed for their return to the Republic of Turkey. Representatives of BGSU and the Turkish government marked the return of the artifacts at a news conference Nov. 20 in the University’s Wolfe Center for the Arts, where the mosaics have been on display.

BGSU and the Directorate General for Cultural Heritage and Museums of the Ministry of Culture and Tourism of the Republic of Turkey reached an agreement for the return of the mosaics last May.

Acquired by the University in 1965, the mosaics had long been thought to have originated in the ancient city of Antioch, in modern-day Turkey. In 2012, research by then-BGSU faculty member Dr. Stephanie Langin-Hooper and Dr. Rebecca Molholt of Brown University suggested that the mosaics did not come from Antioch, but instead were from the ancient city of Zeugma, also in Turkey.

That new research raised questions about both the origin of the mosaics and the circumstance of their excavation prior to BGSU’s acquisition, as some mosaics from Zeugma were removed through unauthorized excavation and put into the international art market. Additional research and consultation with scholars, art experts and representatives from the Republic of Turkey have confirmed that the mosaics are very likely from Zeugma and that the provenance of the pieces prior to BGSU’s acquisition will likely never be known.

Under the agreement, the mosaics will be returned to the Republic of Turkey to be exhibited at the world-renowned Zeugma Mosaic Museum in the city of Gaziantep. This will allow the historic artifacts to be appreciated and studied where they originated and be enjoyed by a much wider audience. According to BGSU President Rodney Rogers, this was a key consideration for the University.

“As a public university, we have a special obligation to contribute to the public good. That obligation extends to the global community,” Rogers said. “The preservation and care of the mosaics has been a priority for BGSU for the last 53 years. We have relied upon the expertise of scholars to guide us, both when we acquired the pieces and now. Thanks to the work of Dr. Langin-Hooper and others, it is clear today that the best place for these precious artifacts is back in the Republic of Turkey at the Zeugma Mosaic Museum. We greatly appreciate the collegiality of the Turkish Ministry of Culture in working with us through this process.”

The Directorate is paying for the costs of the transfer and BGSU will be receiving high-quality replicas of the mosaics.

Since acquiring the mosaics, the University has had them restored and constructed a permanent display for them in The Wolfe Center for the Arts.

Dr. Langin-Hooper is currently an assistant professor and Karl Kilinski II Endowed Chair of Hellenic Visual Culture in the Department of Art History at Southern Methodist University. Dr. Molholt passed away in 2014.