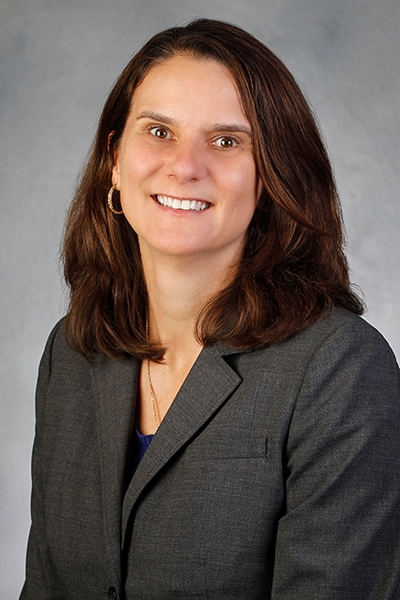 Dr. Wendy Manning has many titles to her name. She is a Distinguished Research Professor at Bowling Green State University, director of the University’s Center for Family and Demographic Research (CFDR), co-director of its National Center for Family and Marriage Research (NCFMR) and immediate past president of the Population Association of America. In September, she added one more: the Dr. Howard E. Aldrich and Penny Daum Aldrich Distinguished Professor in Sociology. The professorship was recently established by the Aldriches, both BGSU alumni.

Since she began her academic career at BGSU in 1995, “she has worked tirelessly to enhance the training and careers of her students, both undergraduate and graduate students. Though she has major responsibilities as an administrator for the two research centers, she has remained engaged in teaching and learning and has a passion for connecting with students beyond the immediate context of the classroom,” said Dr. Monica Longmore in the department’s nomination letter.

Manning is an advocate for involving undergraduate and graduate students in research. She has hired students to help with her National Institutes of Health-funded, county-level marriage and divorce projects. She has encouraged undergraduates to present findings at the annual BGSU Undergraduate Symposium for Research and Scholarship. She also has contributed significantly to the development of graduate students as scholars and researchers. Nine of her 25 book chapters and 66 of her 100 published articles have been co-authored with current or former students.

Her leadership in the field is evident with her NCFMR and CFDR roles; however, her reputation extends further as recent president of the Population Association of America and former chair of the Section on the Sociology of the Family for the American Sociological Association, the two most important professional organizations for demographers and sociologists.

Additionally, her research on topics such as the study of sexual minority and the well-being of children raised by same-sex couples has national and international implications. Manning has been actively engaged in collecting and measuring family, marriage, divorce and cohabitation indicators, and was instrumental in new data-collection efforts that have helped shape the national research agenda on families, including archiving county and state nuptial data, measuring divorce and marriage at the county level, counting families with multiple family members, and assessing the meaning of cohabitating unions in the U.S. and nonresidential fathers’ socioeconomic ties to children.

“Because of this research, sociologists and demographers are better able to measure and to understand the meaning of union formation and dissolution,” Longmore wrote.

“I am honored and feel lucky to have been nominated and chosen,” Manning said. “It is a special privilege to receive this named professorship from such a highly accomplished sociologist, Dr. Aldrich, and his generous wife, Penny. The Aldrich family commitment and support for BGSU sociology is impressive and deeply appreciated. I value their contributions and look forward to paying this gift forward to the next generation of BGSU students.”

The Aldriches both earned degrees from BGSU in 1964. He earned a Bachelor of Science in sociology and she a Bachelor of Education in speech and hearing therapy. He is now the Kenan Professor of Sociology and chair of the sociology department at the University of North Carolina at Chapel Hill, and she is an adjunct professor at Durham Technical Community College, where she teaches English as a second language.

Previously, they created the Penny and Howard Aldrich Student Scholarship in sociology and have enjoyed seeing the students benefit from their gift, which is also why they chose to fund the professorship now. Through an annual gift and a charitable bequest, they have provided funds for the professorship.

“We wanted to be able to shake hands with the professor and see the impact while we are still alive,” Howard Aldrich said.