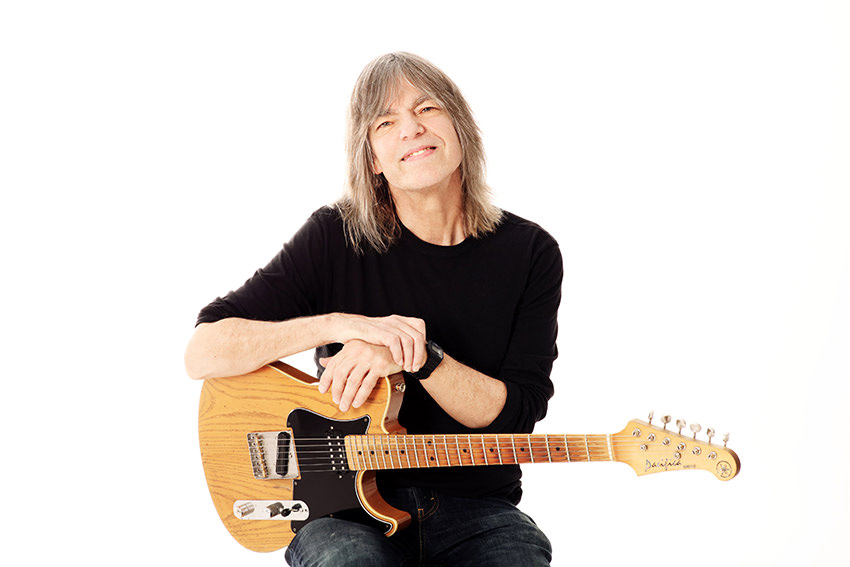 Acclaimed jazz guitarist Mike Stern, who first made his mark in the early 1980s playing with Miles Davis, will headline the 2018 Orchard Guitar Festival at Bowling Green State University.

The festival will take place Sept. 28 and 29 at the Moore Musical Arts Center, and also features guitarists Adam Schlenker and Jack Petersen.

To contemporary jazz guitar aficionados, Stern is regarded as one of the true guitar greats of his generation. He is a player of remarkable facility whose searing lines are informed mainly by bebop and the blues while also carrying a rock-tinged intensity. Stern launched his solo career in 1985, and has released 17 recordings as a band leader, including six Grammy-nominated albums.

“I love to meet with music students,” Stern said. “It’s really fun, especially at BGSU. I’ve been there a couple of times over the years, back when (retired professor of jazz guitar) Chris Buzzelli was still teaching there. Usually, I learn more from the students, but I love doing whatever I can do in terms of helping them out.

“I’ll probably play a little bit at the teaching clinic, but do more talking because I like to keep it kind of loose so everyone is comfortable and can ask questions. I’ll try to get everybody involved as much as possible. It’s fun and I hope, certainly, informative for other guitar players.”

Stern suffered a serious accident in the summer of 2016 that left him with two broken arms and nerve damage in his right hand that prevented him from even holding a pick without some extra support.

“I had a bad fall in New York and broke both of my humerus bones and I developed some nerve damage in my right hand,” he said. “I found a way to keep playing within a couple months because I wanted to keep going, which I recommend to everybody. No matter what brings them down, to try to fight it and keep going.”

His latest album, “Trip” (2017), is his first since recovering from his accident. Stern is back on top of his game, playing with typical authority and prodigious chops on this all-star outing, which features longtime colleagues trumpeters Randy Brecker and Wallace Roney, saxophonists Bob Franceschini and Bill Evans, bassists Victor Wooten and Tom Kennedy and drummers Dave Weckl, Dennis Chambers and Lenny White.

Stern said he had a difficult time trying find a way to play after the accident.

“I wrestled with a few different methods but now I use glue to hold the pick because I had a couple of surgeries on my hand, including some tendon transfers, and was able to support the pick, but not enough without this glue I use,” he said. “I had some ulnar nerve damage so my hand is kind of crunched or bent a little bit, but you find ways of getting through stuff. It’s improved since then and I feel much more comfortable now in terms of playing.”

Through all of his struggles, Stern has been able to keep his sense of humor as well as his world-class talents.

“I called my latest album ‘Trip,’” he said, laughing. “The first half-year after the accident was hard, but I still went on the road and did what I had to do. That’s the main thing: If there’s anything I can impart to others about this — and I wrote about it on the record — is that there are good trips and bad trips, but the main thing is to keep going no matter what happens. Music is healing, so being able to play is really important to me and I think music is great for the world in general.”

The Orchard Guitar Festival is made possible through the generous support of BGSU alumni Tom ’75 and Martha ’73 Orchard.

All rooms are located inside the Moore Musical Arts Center on BGSU’s campus. All events are free except for Saturday evening’s concert. Tickets for Mike Stern’s performance can be purchased online.

(Young guitarists of all ages are welcome to join in the guitar ensemble performance on Saturday, Sept. 29. Contact Ariel Kasler at arielk@bgsu.edu if interested.)