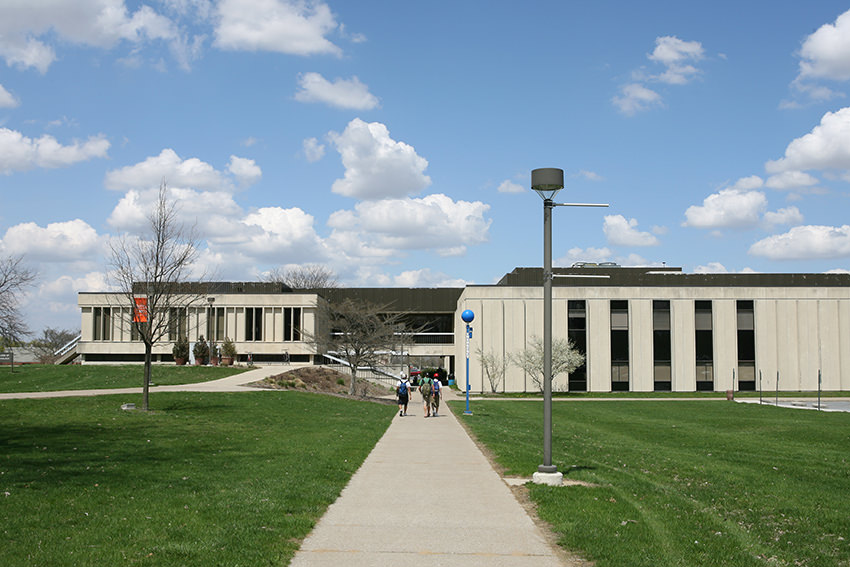 The Bowling Green State University Board of Trustees at its Sept. 28 meeting took action to expand programs and renovate facilities to support the University’s role in creating a well-prepared workforce to meet current and emerging needs in the state and the nation.

The board gave its approval for the BGSU administration to negotiate the transfer of operations of Mercy College of Ohio to BGSU. The University and Mercy Health announced on Sept. 12 that they had signed a letter of intent to pursue the transfer.

The partnership draws on the complementary strengths of each institution and is designed to help meet the shortage of nurses and the growing demand for other health care professionals while providing expanded educational and career benefits for students. The transfer is expected to take two or three years to complete.

“Bringing Mercy College into BGSU gives us high-quality, extremely competitive nursing and other health programs that we can build upon and grow,” said BGSU President Rodney Rogers. “We look forward to expanding this initiative with Mercy Health and building upon our partnerships with other health care providers to develop new programs to meet Ohio’s workforce needs in health care.”

In other action, the board took the next step toward enabling the College of Technology, Architecture and Applied Engineering to continue providing a cutting-edge educational environment to meet the needs of current and future students. Enrollment is growing, and the college has added programs aligned with the workforce needs of the state, such as its new program in mechatronics.

The trustees approved initial funding of $1.085 million for architecture and engineering professional services to begin the process of planning significant renovations and upgrades to the Technology Building. The building houses classrooms, computer labs, a robotics lab, large-format printing and hands-on laboratory space for the visual communication, engineering and construction technology programs.

The renovated facility will provide flexible, interdisciplinary lab and classroom environments for all programs within the college, as well as a faculty office area that fosters student interaction and collaboration. Additionally, the planned renovation will include replacing and updating all building systems, including incorporating energy conservation measures for all trades. The overall project is expected to cost $10.4 million in state capital funds and be completed in summer 2021.

The surrounding infrastructure needs to be updated as well to support the enhanced facilities. The trustees also approved the expenditure of $630,373 in state capital funds for architecture and engineering professional services to start the process of planning the infrastructure improvements, which will include tunnel top replacement, heat plant controls, central chilled-water manufacturing, centralized emergency power generation, electrical service upgrades and building security-related upgrades.

“Improving our learning spaces is essential as we work to prepare our students to enter the workforce and be successful beyond BGSU,” Rogers said. “The College of Technology, Architecture and Applied Engineering continues to grow in students and in programs that address workforce needs, and these improvements will help ensure students can learn in new, interactive ways.”

Also at the meeting, the board celebrated the continued success of BGSU’s comprehensive campaign, which has reached $130 million of its $200 million goal.

The trustees approved the naming of a newly endowed chair in the Department of Finance and Insurance as the Fred E. Scholl Endowed Chair in Finance and Insurance. The University received a $1 million gift from the foundation to establish the endowed chair, and named it in recognition of the foundation’s generosity. The Fred E. Scholl Charitable Foundation was established in Cleveland in 1997 as a private, grant-making foundation whose primary mission is to support education and human services initiatives. Run by a three-person board of trustees, it is administered by BGSU alumni Bernard Karr and Spence Seaman. The Scholl foundation, a member of The Presidents Club and Leadership Circle, has generously contributed annually to BGSU for the past 17 years supporting the James Kight Memorial Scholarship.

“Increasing the number of endowed chairs and professorships is an important goal of our Changing Lives for the World comprehensive campaign, and the Scholl gift helps us make progress toward that,” Rogers said. “We are grateful to the Fred E. Scholl Charitable Foundation for all its support over the years, and especially now for helping us continue to attract and retain world-class faculty for our students.”

The trustees also recognized the contribution of another generous donor who is helping the University with another key goal, creating an environment of inclusivity where everyone can thrive. The University received a sizeable gift from Jacquelyn and David Clark to establish the BGSU Firelands Inclusive Postsecondary Education Program for students with intellectual disabilities. In honor of their donation, the board named the newly established program the Clark Inclusive Scholars Program.

Jacquelyn Clark received a bachelor’s degree from BGSU in 1967 and a master’s degree in 1977. She was the founder, president and CEO of N2Y Inc., a printing and publishing company specializing in special education curriculum, before selling the company in 2016. Previously, she had been a speech pathologist working with children with special needs. David Clark retired from the U.S. Air Force with the rank of colonel, working primarily in intelligence. He was the senior vice president for N2Y Inc. and now manages DJC Holdings LLC. The Clarks are longtime supporters of BGSU and members of The Presidents Club and Leadership Circle. They have supported the Excellence Fund for BGSU, the 1967 Entrepreneurial Student Scholarship, the Bridge to BG Scholarship Fund and the BGSU Firelands College Scholarships Fund.

The enduring support of Falcon Flames alumni Christopher and Lori (Mizer) Corwin will be recognized with the naming of the Christopher N. and Lori A. (Mizer) Corwin Collaboration Room in the Robert W. and Patricia A. Maurer Center, soon to house the College of Business. In 1981, Christopher Corwin earned a bachelor’s degree in production operation and material management, and Lori Corwin earned a bachelor’s degree in education. He recently retired as corporate director of human resources for Occidental Petroleum’s oil and gas and midstream businesses after a 37-year career with the company and is now consulting with a midstream startup. She teaches English as a second language to adults and earlier taught eighth-grade history. Members of the Presidents Club and Leadership Circle, the Corwins made a substantial donation in support of the Maurer Center and have supported the Excellence Fund for BGSU, the Campus Gateway Fund, the Campus Beautification Projects Fund, and the College of Business.