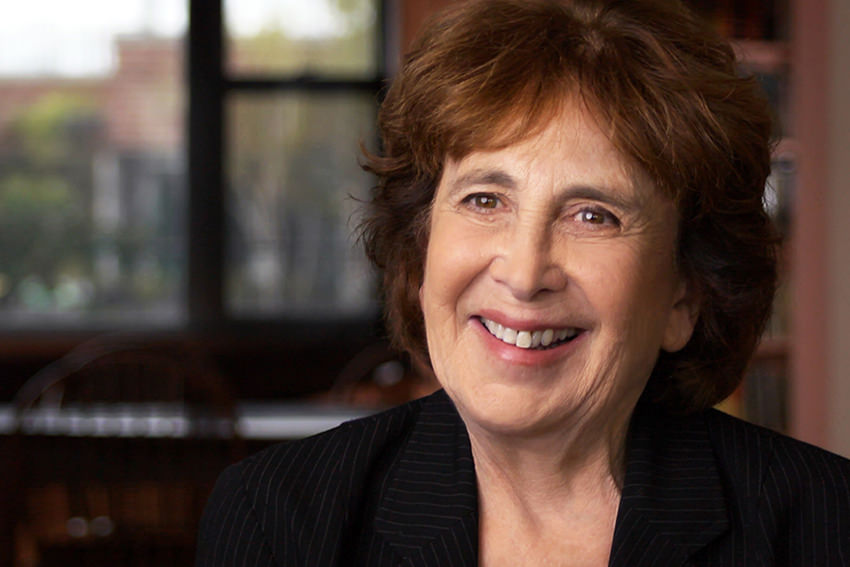 Forty years ago, feminist author Susan Brownmiller wrote “Against Her Will: Men, Women, and Rape,” a game-changing book that helped modernize attitudes toward rape.

Fast forward to 2018, the #MeToo era and the countless sexual allegations that are surfacing across the nation, and her book is suddenly mainstream-relevant again. In 1995, the New York Public Library selected “Against Her Will” as one of the 100 most important books of the 20th century.

Brownmiller will bring her message to BGSU this month as the keynote speaker for the Women’s History Month celebration. She will present “A Constant Struggle: Winning and Losing in the Last Forty Years” at 6 p.m. March 22 in the Bowen-Thompson Student Union Theater (Room 206).

The Women’s History Month celebration also recognizes the 40th anniversary of the founding of the Women’s Studies program, now known as Women’s, Gender and Sexuality Studies (WGSS). BGSU’s program was the first program of its kind in Ohio. “#ThisIsWhat40LooksLike” is the theme for 2018.

“The academic discipline of Women's Studies began in the 1970s; the Women’s Studies Program at BGSU began in 1978,” said Dr. Sandra Faulkner, WGSS director. “Our program examines women’s lives locally and globally, focusing on how gender intersects with other forms of difference, including race, disability, ethnicity, class, age and sexual orientation.

“In 2012, the program became Women’s, Gender and Sexuality Studies to reflect understanding of the intersections of gender with social and cultural contexts. In addition to core faculty, our program draws on the expertise of affiliated faculty in all colleges of the University. This faculty educates more than a thousand students every year in Women’s, Gender and Sexuality Studies classes. We offer both an undergraduate major and minor, an undergraduate minor in Sexuality Studies (started in 2011), and a graduate certificate in Women’s Studies. In addition to our annual student research conference, we also organize other events throughout the year, including workshops on interviewing and job skills, career fairs, and speakers.”

Alumni of the program will be on hand for the first event of the Women’s History Month celebration, which kicks off after spring break. They will participate in a panel discussion to reminisce and talk about the program over the past 40 years. The session runs from noon to 1:30 p.m. on March 14 in 315 Bowen-Thompson Student Union.

A documentary, “She’s Beautiful When She’s Angry,” will be screened from 5:30-8 p.m. on March 15 in the Union Theater (Room 206). The documentary resurrects the buried history of the outrageous and brilliant women who founded the modern women’s movement from 1966 to 1971, capturing the thrilling, scandalous and often hilarious spirit of the time.

From noon to 1 p.m. on March 19, the Free Speech Zone in front of the student union will feature “Women’s Voices Read-a-thon.” During this event, women will read from various women’s literary contributions. Students, faculty, staff and community members are invited to read a favorite woman-written literature, poem or lyric, or share their own writing.

The Department of Theatre and Film hosts two films in March that celebrate women in film. On March 13, the 2015 U.S. film “Carol” will be screened. Directed by Todd Haynes, the movie is based on Patricia Highsmith’s semi-autobiographical novel of the same name, featuring Cate Blanchett as Carol, a glamorous woman in a strained marriage, and Rooney Mara as Therese, an aspiring photographer who falls in love with Carol. On March 20, award-winning writer-director Kelly Reichardt’s film “Certain Women” will be shown. Featuring a cast of some of the most talented women working in the film industry today, the film explores the perspectives of a wife in a difficult marriage, a lawyer with a difficult client, a woman who teaches adult education classes, and a young woman who works as a ranch hand. Both films start at 7:30 p.m. in the Gish Film Theater in Hanna Hall.

The culmination of the celebratory month is the annual research symposium scheduled from 10 a.m. to 3 p.m. on March 23 in 308 Union. The WGSS “#ThisIsWhat40LooksLike Research Symposium” will feature the work of undergraduate and graduate students that addresses the importance of WGSS to individuals, BGSU and in their scholarly and creative work.

All events are free and open to the public. Guests with disabilities are requested to indicate if they need special services, assistance or appropriate modifications to fully participate in this event by contacting Accessibility Services at access@bgsu.edu or 419-372-8495 prior to the event.