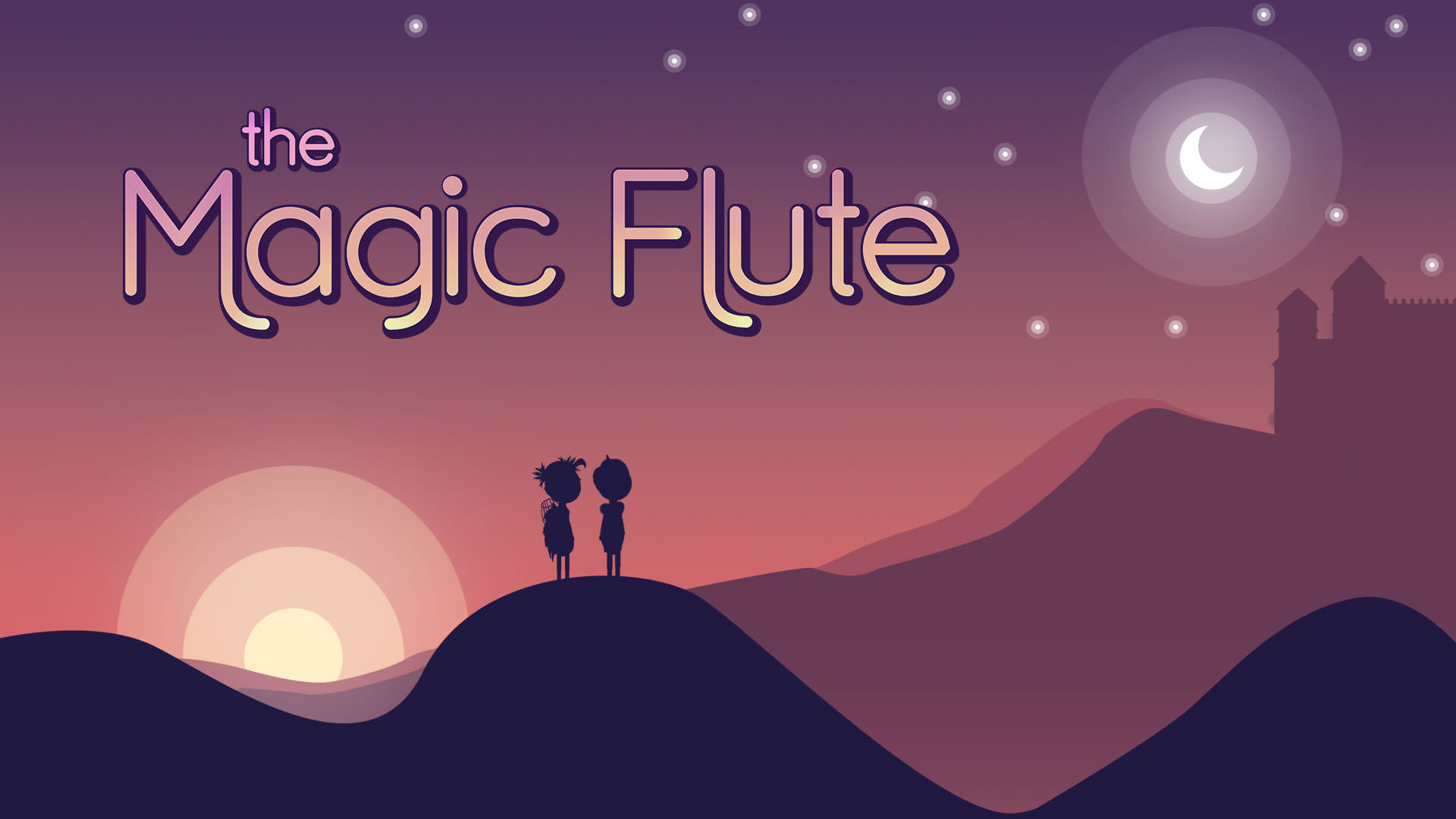 The challenge of teaching children about the beauty, music and stories of opera is at the core of a video game being developed by a team of Bowling Green State University students.

Wolfgang Amadeus Mozart’s opera “The Magic Flute” will come to life for children as they help Prince Tamino and Papageno traverse the countryside, overcoming obstacles, in search of Pamina, the daughter of the villainous Queen of the Night.

The video game, which is a collaborative project with BGSU, the Toledo Opera , and the educational company Uthink, is designed to, not only educate youth about opera, but also to increase their literacy and thinking skills.

“’The Magic Flute’ is an opera children can escape to; it’s a folk opera for the masses,” said Jim Norman, director of operations and productions for the Toledo Opera. “This is something I am looking forward to. The children will have fun with it.” 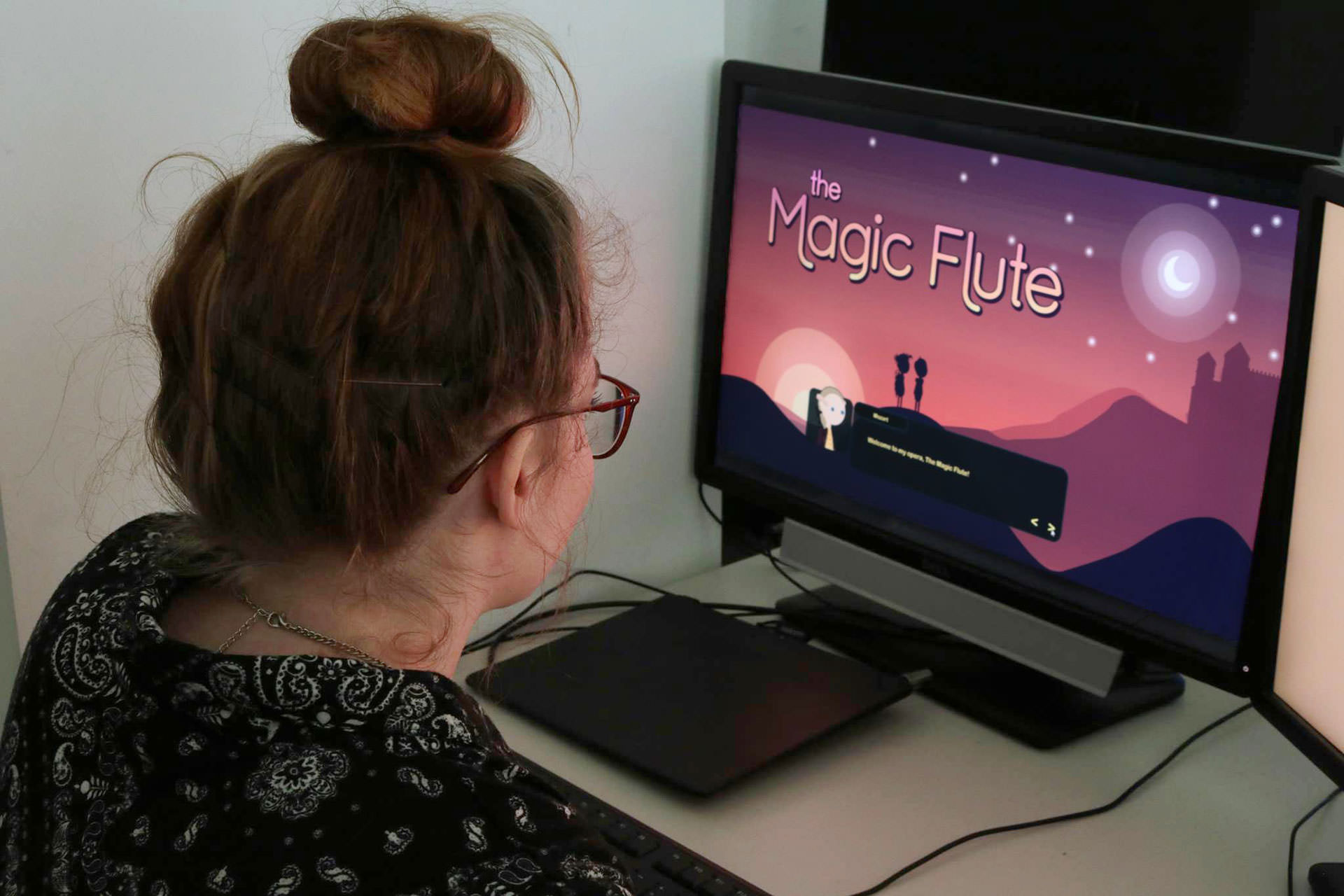 Toledo Opera Associate Director Dr. Lovi Aldinger is dedicated to the mission of educating youth about the beauty of opera. She is one of the Toledo Opera representatives who has been involved with the project to create a mobile-based application to reach children in a way that would appeal to them. The initial discussion to consider this project for a class started about two years ago. Young and graphic design instructor Amy Fidler were tasked by Heather Elliott-Famularo, digital arts chair, to set up the class with the game’s creation as a course objective.

Additionally, the course was planned to establish student teams across units, to emulate real-world work environments, where graphic designers and digital artists created the game prototype during the fall semester, and computer science and musical arts students helped to bring the game to life during the spring semester, Young explained.

“This project is a great example of STEAM (science, technology, engineering, arts and mathematics)—combining the arts with the STEM discipline of computer science,” she added.

Initially three teams worked to develop concepts and storyboards for game play and narrative, including game levels, mini-games and the playbook. After the prototypes were presented to the opera, various parts from each one of the team’s ideas were selected and the teams combined with a united goal of creating the video game. The majority of the work was done during fall and spring semesters, with additional efforts still underway this summer by some of the continuing students. 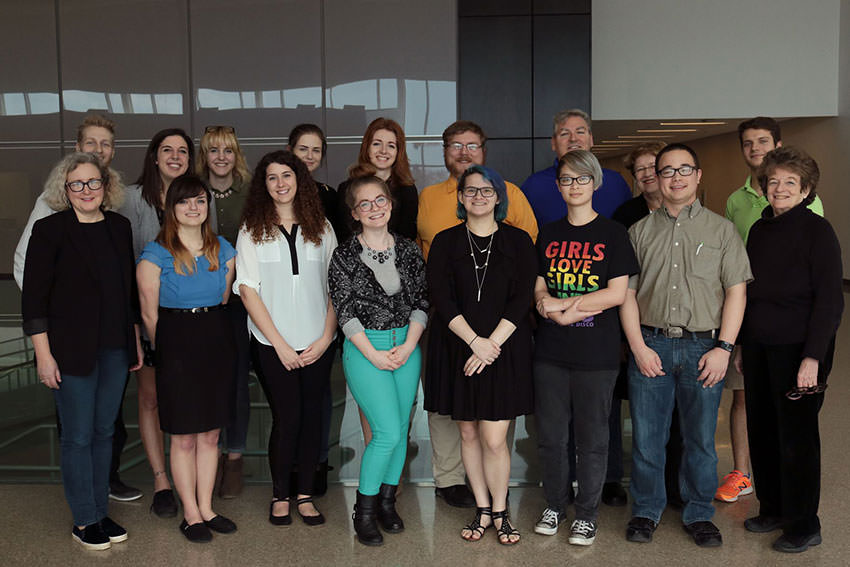 The art development went from stick figures to complete designs for each of the characters, said Heather Monaghan. Each of the six levels of game play were detailed down to the color palettes, characters, tasks, educational content and music as the characters moved from the countryside and cliffs to the castle and its rooms. Bungo, Loesch and Yarnell had the time-consuming responsibility of making sure the beautiful art that was created for the game worked smoothly and as intended for the game players.

The musical component of the game was especially critical since music is central to the art of opera. Music from the opera is featured throughout the game and music is the key to solving some of the game’s puzzles. Wilson used his composition skills to arrange Mozart’s score for use in the video game. Toledo Opera artists in residence provided the vocal performances, which were recorded in the Michael & Sara Kuhlin Center’s new recording studio by Mark Bunce, director of recording services for the College of Musical Arts.

The students had to overcome typical group obstacles, from busy schedules to different aesthetic styles, Fidler explained. “They were ultimately able to work together to create interesting work, and that is most important.”

“The game has a very special place in my heart, having worked on it for almost a year now, and it's a magical thing seeing it come together like this,” said Monaghan, who presented about the project with Bungo and Wilson at a recent Board of Trustees education committee meeting.

“I was able to meet graphic designers, programmers, and musicians, and I was able to experience opera in a new way. Everyone brought so much life and passion to the project, and I think it really shows when you play through the game- we all care about every small detail.

“The project has been such a journey, and it has taught me so much about teamwork, communication, and hard work,” she added.

The game is more than just entertainment, Aldinger pointed out. In addition to children having fun, the game includes principles of learning and a framework to think about the opera. “This will help students become good thinkers and develop that expertise.”

“The culmination of experiences with projects like the opera is important for digital arts and all of our students,” Young said.