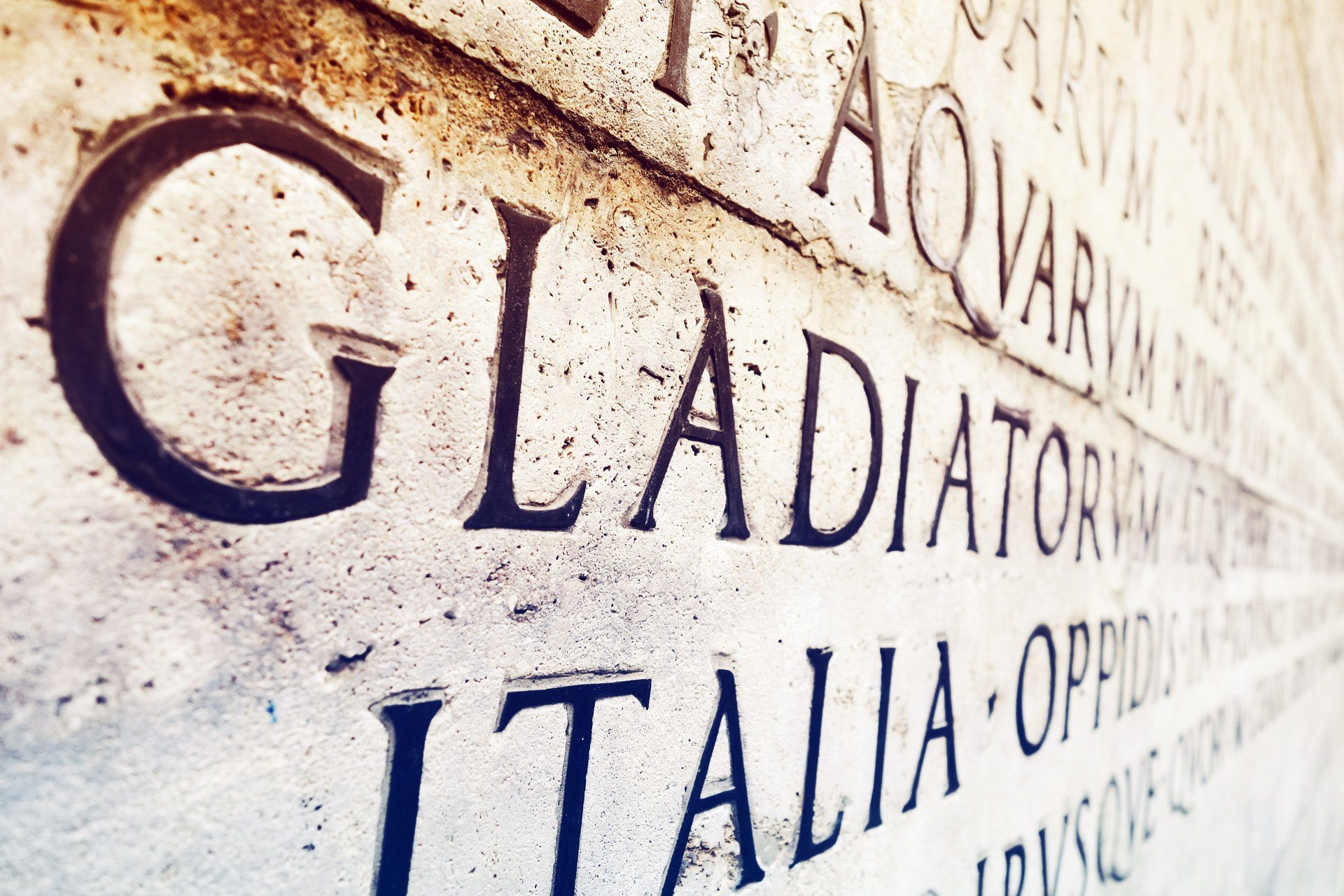 The BGSU Latin major opens the doors to learning about the languages and civilizations of ancient Greece and Rome.

Modern ideas about many things — from politics to art, athletics, history, law, literature, philosophy, rhetoric, society — come from the ancient Greeks and Romans.

In addition, studying Latin expands your vocabulary, improves your grammar skills, and makes you a more effective communicator.

Learning about another culture through language makes you a more agile, flexible, and powerful thinker. Learning about the many ways people from other cultures live, love, fight, and die encourages you to think differently and more deeply.

Also learning about the past offers you perspective. Greek and Roman thought, expressed in ancient Greek and Latin, permeates the modern conception of life and what it means to be human AND many of the most influential works of literature were written in Greek and Latin. The increased awareness you gain through your study of the Classics enables you to gain a deeper understanding of yourself and others so that you can build your future more wisely.

A crude estimate suggests that of the 20,000 most common words in English, approximately half are derived from Latin, either directly or through French. And at least 2,000 words can be traced back to Greek, putting the total of English vocabulary derived from Latin and Greek at about 60%.

Moreover, at least 90 percent of the specialized vocabulary of the sciences derives from Greek and Latin.

Word power gives you control of words, the basic elements of all discourse, enabling you to speak well, read well, and write well.

BGSU offers Latin as a major or minor and is the perfect preparation for jobs that require you to be an effective collaborator, communicator, problem-solver, and thinker. It also prepares you for graduate study in ancient art and archaeology, the Classics, dentistry, history, law, medicine, or philosophy.

Completing a major (or minor) in Latin through the College of Education and Human Development certifies you to teach the language at the high school level.

The BGSU Latin major emphasizes the study of the language. A separate major in classical civilization is available for a broader background in the cultures of Greece and Rome.

After completing Latin 2020, equivalent to the fourth year of high school Latin, you begin your major of twenty-one credits with up to two electives in ancient Greek or Classical Civilization courses. If you have not taken Latin in high school, you can earn your B.A. by taking Latin 1010-2020 and twenty-one additional credits. The time necessary for completion of the degree is not increased. If interested in learning Latin at an accelerated and intensive pace, contact one of the Classics faculty.

Classes in Latin take a cultural and reading approach to learning the language, which aid the development of these four skills: listening, speaking, reading and writing. These core skills are reinforced through vivid examples of readings in Latin.

Study the Greek and Latin roots of words in the Word Power course, designed for improving your communication skills and vocabulary.

Advanced readings are available to delve into particular writers — biographers, historians, novelists, philosophers and poets. Read about the sack of Troy and the doomed love of Queen Dido in Vergil’s Aeneid. Study the scandalous careers of the early Roman emperors with Tacitus and Suetonius. Peer through the theatrical masks of comedy and tragedy as you read the dramatic poetry of Plautus and Seneca.

About 90% of the vocabulary of French, Italian, Spanish, Portuguese, Romanian, and the other Romance languages comes from Latin.

Over the course of your working career, you are expected to hold 8-10 different jobs. Today's employers seek to hire those who have learned transferrable skills that are fundamental to your study of Classics and Latin — collaboration, communication, problem-finding and problem-solving.

Latin is excellent preparation for pre-law, pre-dental and pre-medical programs. It also provides the foundation for graduate work in ancient art and archaeology, ancient history, Classics, or philosophy.

And when you have an understanding of world languages and cultures, you gain a skill that is fundamental for today’s global citizens. When you graduate with a language degree, you can go on to find work in fields as diverse as the arts, business, education, environmental advocacy, government, health and social services, international relations, journalism, politics, theology, and translation services.

Also, learning a second language has many neurological benefits. Increased cognitive flexibility, improved abilities in concentration and focus were found across several studies.

The U.S. Bureau of Labor Statistics finds that in 2020 the median salary for graduates of a foreign language degree, including Latin, was $54,000.

Latin is the root language of law, medicine, politics, and theology.