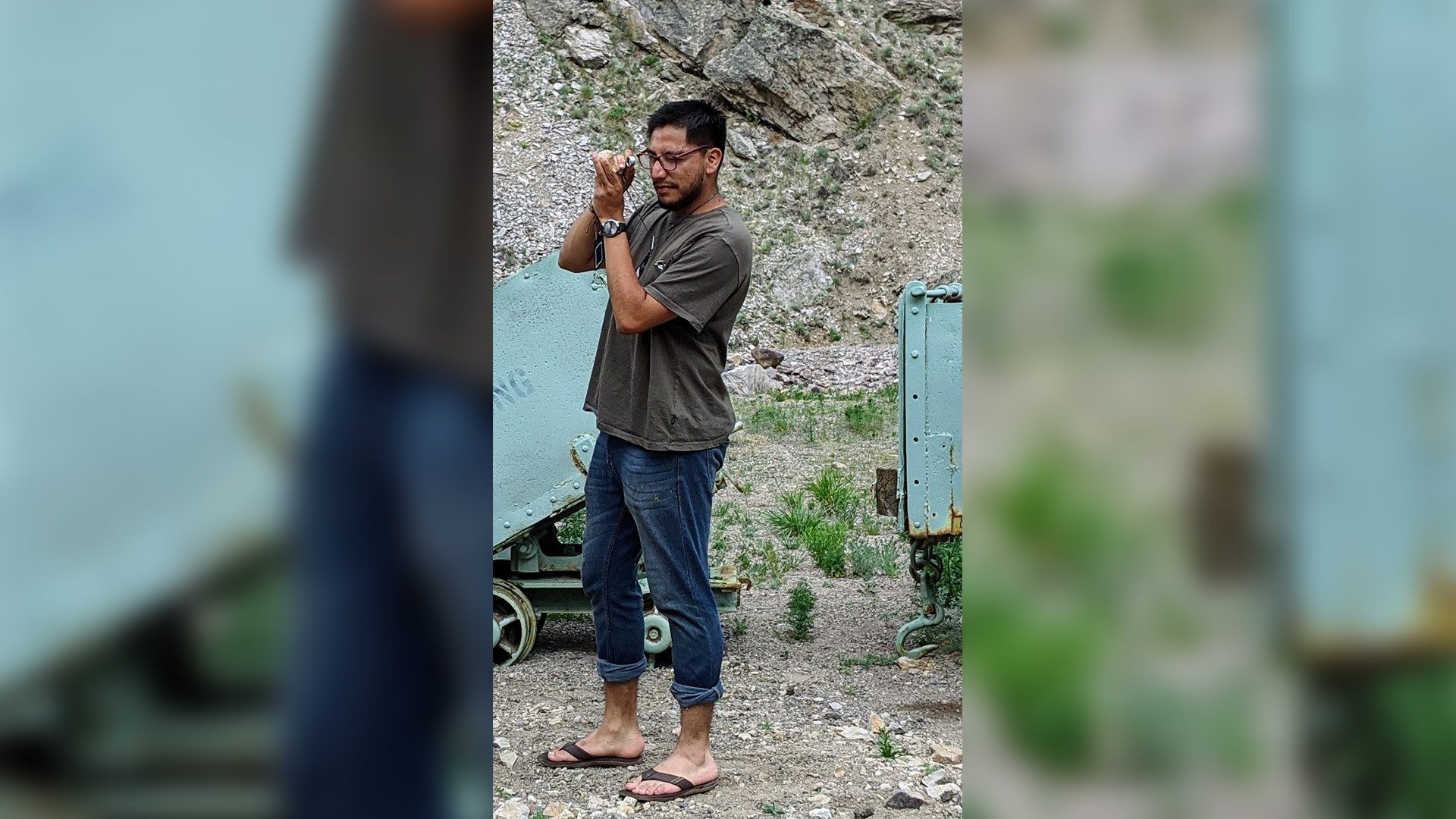 Class of 2021 Success Stories: Carlos Martinez ready to dig into career of fossils and rocks

Carlos Martinez found a way to take his childhood interest in dinosaurs and turn it into a career.

The Guadalajara, Mexico, native who emigrated to and grew up in San Jose, California, always wanted to work with dinosaurs — just like a lot of kids — except that interest never left him.

When it came time to look for a college and a major, Martinez knew that he wanted to pursue a paleontology-related discipline. He didn’t know exactly where his education would lead him, but he hoped he would still be involved in the world of dinosaurs, fossils and rocks.

The August 2021 Bowling Green State University College of Arts and Sciences graduate is set to step into a career aligned with fossils and rocks after receiving a Bachelor of Science in geology with a specialization in paleobiology. He plans to work in the geology field for a few years to build his experience before starting a graduate program, with an eventual goal to earn a Ph.D. and become a professor. 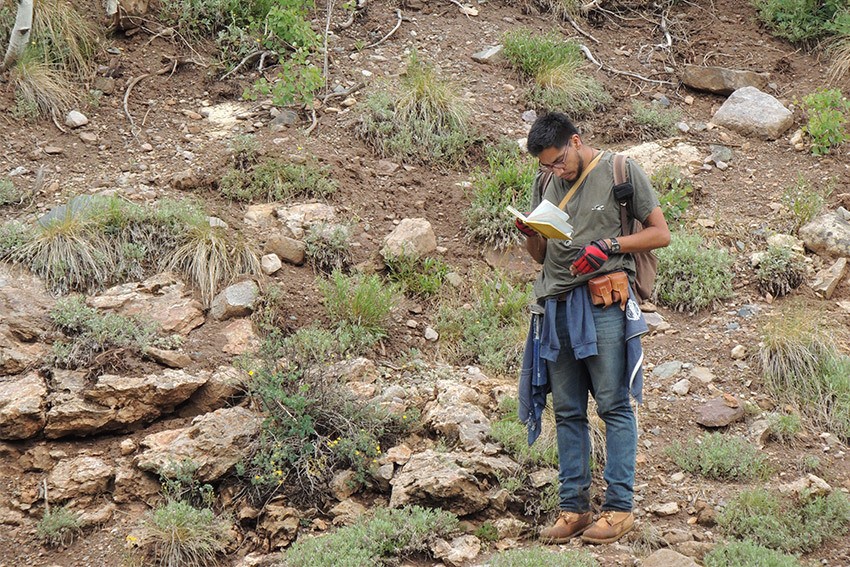 Martinez was not familiar with BGSU when he started his online college search, but it came up quickly as one of the few universities where paleontology, or more specifically, paleobiology is an undergraduate option.

“I found BGSU online as a really highly recommended college,” Martinez said. “I thought the campus was beautiful, and I also had a really strong desire to move to a new area. You get so comfortable when you’re always in one place. I wanted to burst that bubble and live somewhere I’ve never lived before, to start all over and gain that experience.”

Four years at BGSU, including the past year of the pandemic, proved to be the right move. He had a great adviser and mentor in Dr. Margaret Yacobucci, professor in the School of Earth, Environment and Society and a bona fide expert in fossils and evolutionary biology. 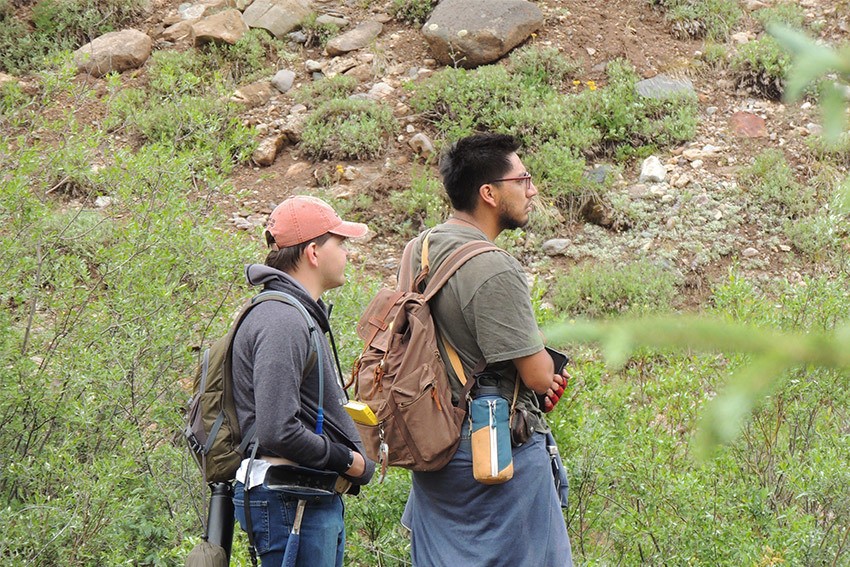 From dinosaurs to evolutionary biology

His love of dinosaurs and fossils was fostered by visiting museums more than by any actual fossil hunting, which was hard to do living in a big city. He spent many hours looking at and studying the mounted skeletons that were displayed in museums.

His interest in dinosaurs has stayed with him throughout his life; however, his focus as an adult has changed to a broader scope of paleontology.

“Paleontology allows me to see the past in my own imagination. Whenever I explore fossils or ancient stratigraphic units, I can visualize what it was. It has really become something I enjoy doing, even though now it’s more about life and ecosystems,” Martinez said.

Paleobiology allows him to understand how factors such as DNA, nature and mutations may lead to evolution. 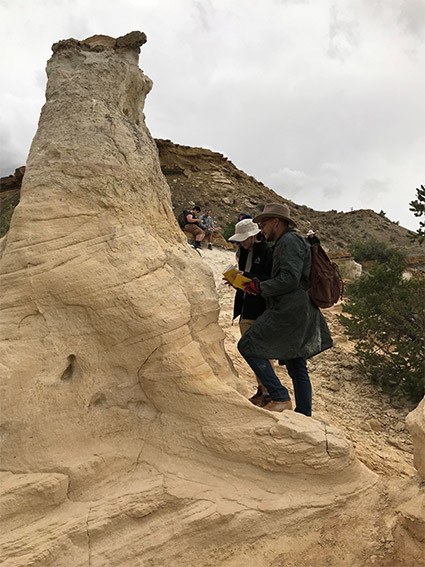 Martinez gained some valuable knowledge and experience when he helped catalog many of the 120,000 fossils used for teaching and research, and housed in the paleontology laboratory at Overman Hall. He learned how to properly identify species names, locations, collectors and identify them to certain aspects.

Categorizing the fossils was really helpful for developing his research as well as providing experience for what lab work will entail.

His research studied aspects of evolution. Martinez learned early in his college career that researching evolution would let him work with a wide number of fossils and species, instead of focusing on a single time period, species or group of animals.

Using some of the Ohio fossils that are part of BGSU’s extensive collection, Martinez tracked the change of small gastropod (snail) shells’ shapes over a period of time that ranged from 2 million to 4 million to 7 million years ago. He found there was no significant change in any of the shells even though at that time in geologic history there was huge environmental change due to large variations in sea level.

“There seemed to be little change in what these animals looked like; that is significant because it adds credence to the theory of punctuated equilibrium,” Martinez said.

“The theory portrays evolution as a series of tempo and modes where there’s spurts of rapid speciation, where animals develop new forms really quickly, followed by a really, really long period of stasis where they maintain the same form until they go extinct.

“It’s super interesting, but it’s not something we expected to find. The prevailing idea is that the environment has the most direct effect on change, so I anticipated some level of variation and change across time, but I didn’t see that,” he said.

Martinez presented his research at a regional conference of the Geological Society of America and as part of the spring symposium sponsored by the BGSU Center for Undergraduate Research and Scholarship.

“I believe this work is contributing to something very significant regarding the hypothesis that maybe the environment doesn’t have such a direct link to changes in animal type and form. This implies that we have to do a lot more research. I hope to continue to look at punctuated equilibrium and its credence in the scientific discussion,” he said.

Growing up in a big city like San Jose was formative for Martinez. He had to learn how to adapt to changing situations and to always put in the extra effort.

“Whatever I completed, I always wanted to go the extra mile because there is so much competition with so many people around,” Martinez said.

Those were lessons he modeled after his hard-working parents; his father works in the construction industry, and his mother is a teaching assistant. They came to the United States from Mexico with dreams of making sure he and his siblings received good educations and were successful in their careers and lives.

Martinez is thankful for the opportunities living in the U.S. have provided for him and his family, yet his Mexican heritage runs deep and is a part of who he is.

“I am so appreciative of the sacrifices my parents made. My dad works a lot to provide for us, and my mother, whose English was never her strong point, has always been focused on my academic development from kindergarten through elementary and high school. I can’t thank them enough for what all they did for me to get here,” Martinez said.

He also appreciated the friends he made at BGSU through the geology club, Academic Investment in Math and Science (AIMS) and as a resident adviser in Offenhauer Towers during his sophomore and junior years.

“My best experiences at BGSU have always been about the people, from the solid group of geology club friends to the faculty who have supported me. All of those people have made BGSU a great place for me. It’s what I will remember going forward.”