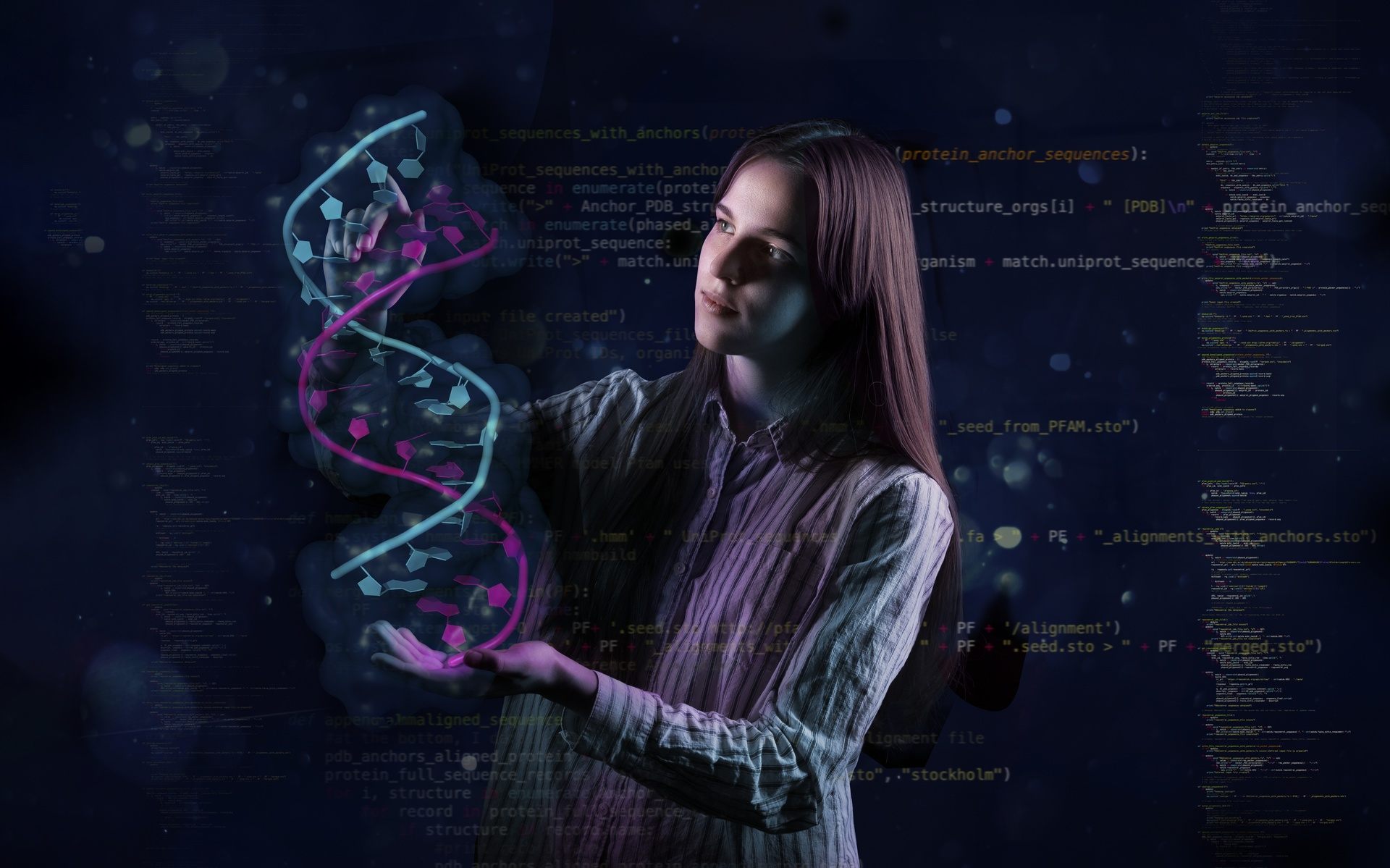 Quinn Eberhard to pursue Ph.D. in bioinformatics thanks to her RNA and protein sequences research and strong mentors

If there is anything Quinn Eberhard knows, it’s that research is her passion and bioinformatics is her future.

As she wraps up her senior year and research projects for the Honors College and the Barry Goldwater Fellowship, Eberhard is excited about her new career direction.

She arrived on campus in 2017 as a forensic chemistry major in the College of Arts and Sciences. After attending a chemistry club meeting where she was introduced to chemistry professor Dr. Neocles Leontis and his work with the BGSU RNA Bioinformatics Group, she dove into that research and landed exactly where she was supposed to.

Her bioinformatics research is not an easy explanation. Just ask her parents in Dublin, Ohio. It took many times to explain her work before they could stop saying “We don’t quite get what you are doing, but we’re glad you like it.”

Now, they have a basic understanding, and they are even happier that she has found her niche.

Her project, building an algorithm that develops alignments in RNA and proteins, has been guided by Leontis and Dr. Craig Zirbel, professor, mathematics and statistics. The progress was interrupted in December when Leontis was tragically killed in an automobile accident.

“We are so fortunate to have Dr. Zirbel, who is great, but without Dr. Leontis, we didn’t know how we would be able to work without him,” Eberhard said. “He provided the biochemical side of the project. When we got to a specific point and wondered if it made sense, he would be the one to confirm that it did make sense.

“I learned a lot from him. You don’t always realize how much of an independent training you get as a human being and a scientist. Thanks to him, I was able to see myself grow.”

Her research is focused on RNA and protein sequences. The alignments she studies consist of RNA or protein data, she said. RNA is copied from DNA, often containing a message that is called messenger RNA, which goes to the ribosome and gets translated into a protein.

“Your DNA isn’t actively doing much in your cells. They are important because they encode the information,” she said. “But the proteins are the actors. The RNA and protein interaction is what we’re studying,” specifically those that happen in the ribosomes where RNA becomes protein.

“We were really curious about some specific interactions we saw happening in the ribosomes, which are considered a vital part of life,” Eberhard said.

During the process, they look at the sequences, or strings of letters of the RNA (nucleotides) and amino acids which are the building blocks of proteins. “We take the sequences and run them through an alignment program that takes the letter sequences and inserts gaps, so you might have 20 of the same sequence with slight variations,” she said.

The big matrix that is created can show what might have changed in one species compared to another, she said, “It’s a good way to do evolutionary comparisons between species.”

“Doing alignments with both RNAs and the proteins is nothing novel because the algorithms have been around for decades” she said. “What my program will do is gather both the RNA and protein sequences for species and the RNA and protein sequences of the Protein Data Bank (PDB) structure. In Eberhard’s alignment, the nucleotides and the amino acids are displayed in a column that makes it easy to see if they are conserved in all the other species.

Eventually, the algorithm and software she is developing to be included on a webserver will benefit scientists worldwide, saving them time from manually analyzing research data.

Eberhard knows the research is “very niche,” but it’s also important in science. “I never thought I was super smart, but I work really hard and I love what I do. That’s what gets you most places in life, right?” she said.

The work with the bioinformatics lab is just one of the research experiences she has had. She also worked in Dr. Pavel Anzenbacher’s lab doing organic synthesis, Dr. Massimo Olivucci’s quantum photochemical science lab as well as a class lab antibiotic project.

“Being able to get that hands-on work is huge,” Eberhard said, and a strong selling point for BGSU. “I have friends at other universities who are not getting the same quality or quantity of undergraduate research.

“I’ve always been fascinated by the idea of research, because you wake up every day with this prospect that I might learn something that no one else has ever learned before. That’s really addicting and what keeps you going.”

After graduating from BGSU in May, Eberhard plans to continue her education, pursuing a Ph.D. in bioinformatics at a yet-to-be-determined university next fall.