More than 900 degrees were earned by undergraduate and graduate students 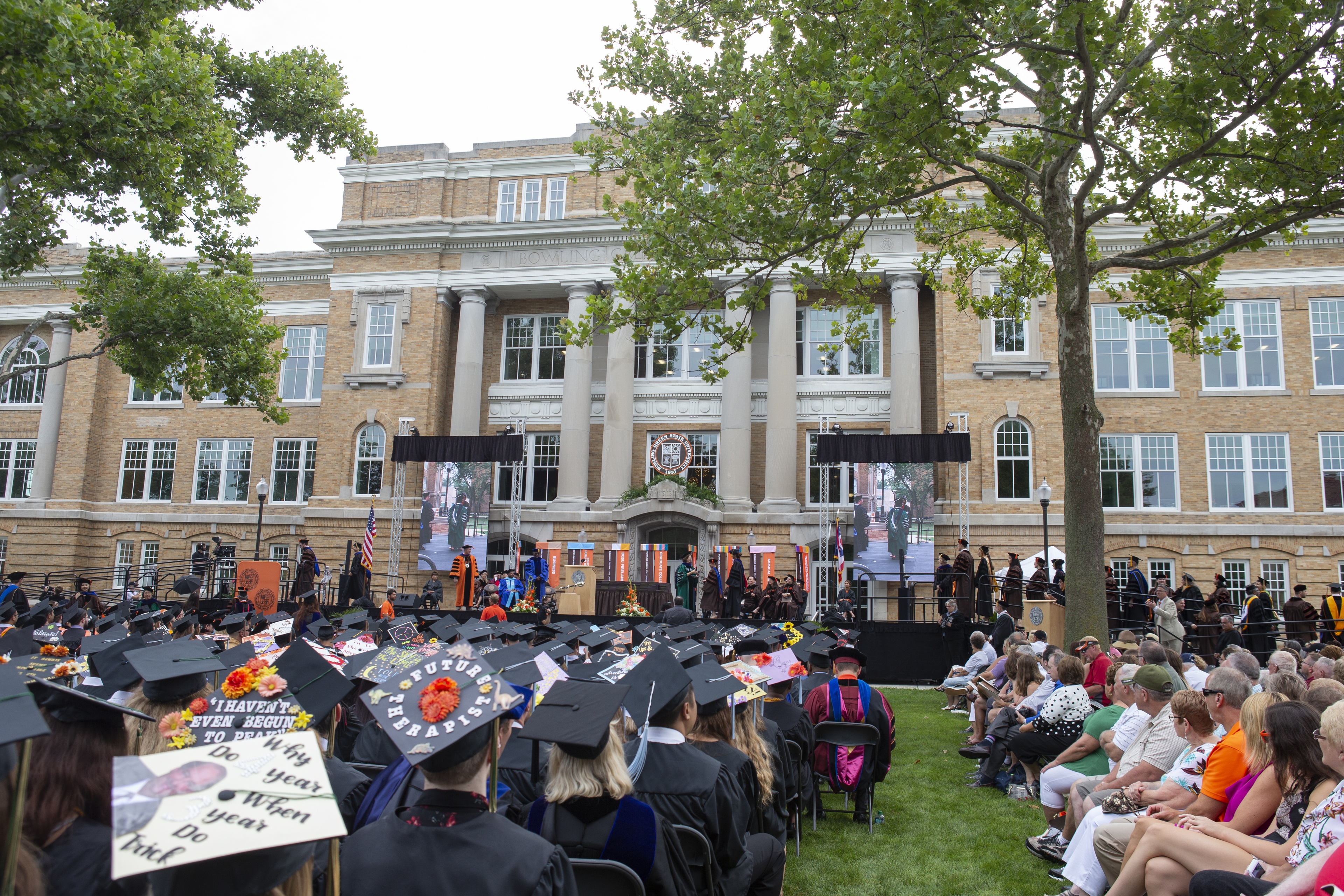 Bowling Green State University held its 295th commencement ceremony August 17 on the lawn in the historic center of campus, recently named the Bowen-Thompson Quadrangle in honor of the University’s most generous donors.

Giving the commencement address was Bowling Green Mayor Richard Edwards, a past administrator at BGSU and honorary alumnus of the former School of Journalism. Edwards became mayor of Bowling Green on January 1, 2012, after a career in higher education and public service. He was re-elected to a four-year term in 2015. As mayor, Edwards has focused on BGSU and city relations and joined with the University’s administration in establishing Not In Our Town, a community-wide effort against all practices of hate. During his tenure, he has concentrated on building community collaborations.

In 2012, Edwards joined with then-BGSU President Mary Ellen Mazey in initiating a community visioning process that led to the updating of the city’s 1987 Land Use Plan. He has also worked with BGSU on strengthening neighborhood relations and enhancing the East Wooster Street corridor.

He addressed degree candidates and their families representing 22 countries from around the world in addition to the United States.

Of the degree candidates, 503 received bachelor’s degrees. Among them were 108 students who graduated with honors. Another 70 students received associate degrees.