BGSU alumnus will encourage candidates to embrace the hard times 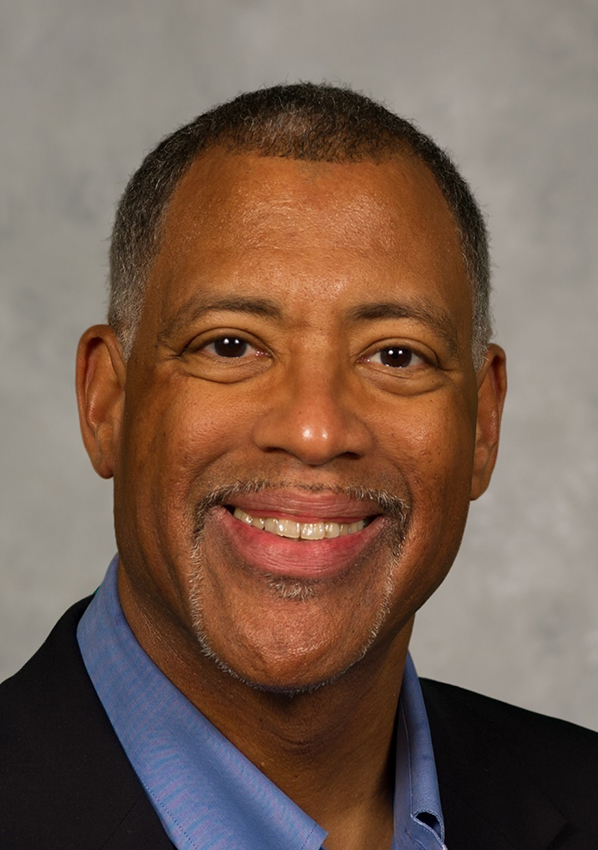 In more than three decades as a journalist, Mizell Stewart III has been an award-winning reporter, a top newsroom editor, a radio and television broadcaster and a corporate news executive. But as degree candidates from the colleges of Arts and Sciences and Musical Arts will find out May 18, his story should resonate with everyone, not just future journalists.

The 1994 alumnus will serve as commencement speaker for the Saturday morning ceremony.

“For me, the opportunity to speak to the graduates is really an awesome opportunity to talk about lessons I have learned. Many I have learned the hard way,” he said. “My hope in the speech is to help people embrace the times when things are hard. Journalism is certainly the way I have made a pretty good living, but, really, befitting the occasion, we’re talking about life here.

“Life is going to throw you curveballs that you don’t expect. We really build a rewarding life and a lasting legacy through triumph and struggle.”

Stewart came to Bowling Green State University in the fall of 1983, thanks to a high school internship with a chain of suburban weekly newspapers in Cleveland where he met journalists from BGSU and two other Mid-American Conference universities. He applied — and got accepted — to all three universities, but chose BGSU in part because of the strength of its journalism faculty.

“The people who I worked closely with in my internship who were BGSU graduates could not say enough about the faculty and what they meant to them,” he said. “That turned out to be really true for me as well.”

Two faculty members in particular, Dr. Emil Dansker and Dr. Ray Laakaniemi, were instrumental in his development as a student and as a journalist. Stewart still keeps in touch with them and Bob Bortel, longtime director of student media at BGSU.

“The legacy he has built with student media is among the best in the country,” he said of Bortel. “He provides students with a truly real-world set of experiences and I benefitted from that. I can’t say enough about the opportunities I had in student media. We were doing this, whether it was radio or news writing or photography, in as professional as an environment as could be created for students who were still learning the craft.

“Now, I visit campus as much as I can to assist students and interact with faculty. Journalism is not going to be successful in the long term if we don’t have young people with the same hunger and passion that I did. It’s critical that the relationship between the profession and the academy be maintained and strengthened.”

Serving as commencement speaker is the latest in his involvement with the University, which includes currently serving on the BGSU Alumni Association Board of Directors.

“The people who I worked closely with in my internship who were BGSU graduates could not say enough about the faculty and what they meant to them,” he said. “That turned out to be really true for me as well.""BGSU is lucky to have alumni like Mizell Stewart who give so freely of their time and talents," BGSU President Rodney K. Rogers said. "I am looking forward to hearing the life lessons he is going to share with our graduates. I know his message about adapting to and embracing the world they are about to enter will resonate with everyone."

While at BGSU, Stewart was active in campus radio and the BG News, but after being hired part time as an on-air personality at WIOT-FM 104.7 in Toledo, he took a break from college.

“Drs. Dansker and Laakaniemi were pretty relentless in making sure I finished. They both saw a great potential in me,” he said. “I originally went to BGSU with the intention of becoming a news photographer, but I found that I really loved reporting. And really built my career doing that. I think both Ray and Emil saw in me someone who was very passionate about journalism, very passionate about serving communities and someone who wanted to be good at it. They didn’t want a lack of a degree to have any impact on my future career prospects.”

Today, Stewart is a senior news executive for Gannett and the USA Today Network, an adjunct faculty member at the Poynter Institute for Media Studies and the founder of Emerging Leaders LLC, a leadership development consulting firm focused on mid-career professionals.

“My own career has been marked by a great degree of change. The longest I’d ever been in one single job was six years. In an earlier era in journalism, having a lot of different jobs was somewhat unusual,” he said. “The velocity of digital media, the kinds of change local media is undergoing and 30-plus years in what used to be called the newspaper industry bred a certain level of resilience.

“The beauty of my experiences at BGSU is that I took the opportunity to try a lot of different things. In so doing, it really prepared me for the kind of changes we’ve had to deal with throughout my journalism career. I can’t say I anticipated everything, but what I’ve really tried to focus on doing is being prepared for change, however that manifests itself. For me, that means being willing to relocate when opportunities present themselves, going back to school and getting a graduate degree, expanding my toolkit. As soon as I learn something, I do my best to pay it forward and bring other people along.”

These are just a few of the messages Stewart will share with candidates May 18.

Stewart’s prior roles include chief content officer of Journal Media Group, vice president for content of the newspaper division of the E.W. Scripps Company and top editing posts at the Akron Beacon Journal, Evansville Courier & Press and Tallahassee Democrat. He also worked as a reporter and editor at the Dayton Daily News and Springfield News-Sun, and as an on-air personality at WNIN-TV in Evansville, Indiana, and WIOT-FM. He also helped lead the team at The Sun Herald in Biloxi, Mississippi, that won the 2006 Pulitzer Gold Medal in Public Service for its coverage of Hurricane Katrina.