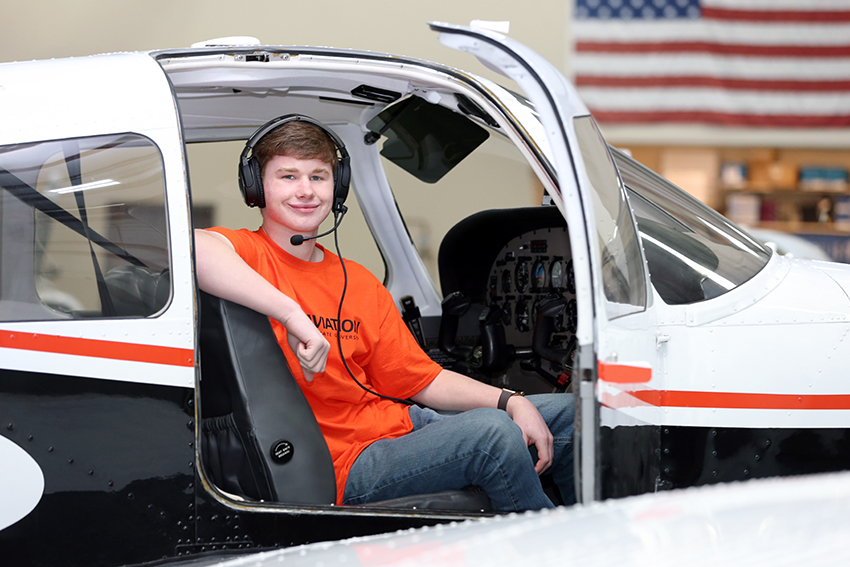 When Logan Riley entered Bowling Green State University’s aviation program as a freshman in August, he had something that most of his classmates did not. He was already a licensed pilot.

Riley obtained his pilot’s license through an aerospace engineering program at his high school in Perry, Ohio.

“The program was called Project Lead the Way and I was able to take pre-engineering classes that went toward my degree,” he said.

Riley started training in the fall of his senior year in high school. He attended flight school at Akron Fulton International Airport and was certified by the FAA in May. 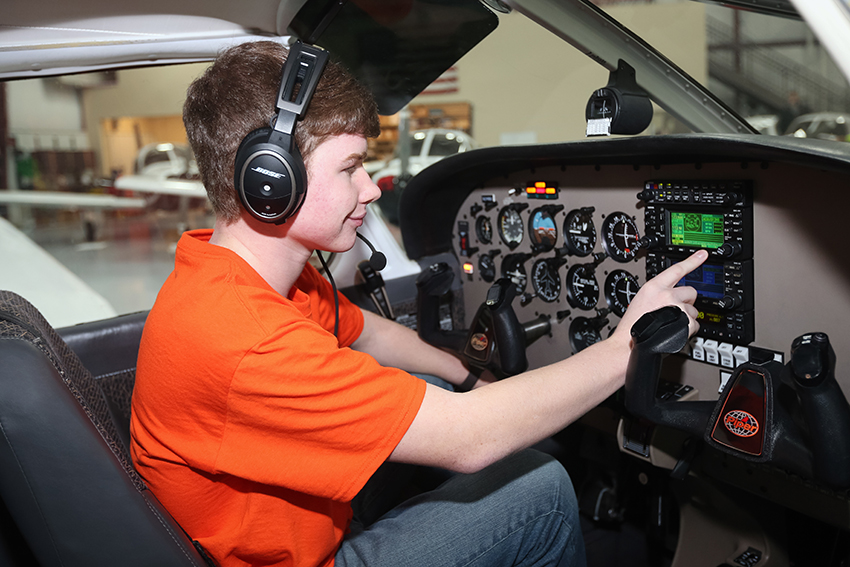 “It took a lot longer because of the bad weather in Ohio,” he said.

Since Riley already has his pilot’s license, he was able to skip the first year of flight training at BGSU and go right into working on his instrument rating, which is a rating that is added to a private or commercial pilot’s license and will allow him to fly in clouds.

Riley chose BGSU because of the reputation of the aviation program. BGSU is only one of two universities in the nation that has its airport located on campus. It’s also fully accredited by The Association of Technology, Management, and Applied Engineering.

“All of the instructors and staff are top notch,” he said. “The planes are excellent and brand new. I was used to flying a 1960 plane at my old flight school, so they are impressive.”

Riley doesn’t have a career plan yet, but whatever it is, it will involve flying — whether it’s as a flight instructor or flying commercially.

He also has a passion for helping children with disabilities. Back home, he works for an Akron rotary camp for kids with special needs and even considered education as a major. But aviation is where he finds his passion.

“I’ve tossed around the idea of starting a non-profit for kids with disabilities and fly them to the hospitals they need to go to,” he said.

Believe it or not, Riley is afraid of heights.

“Whenever I’m flying, I usually stay focused,” he said. “I don’t like stairs or roller coasters, but I’m OK with planes.”

He also thinks flying a plane is easier than driving a car.

“The hard part is getting your certificate with all the training, but the actual flying a plane is pretty easy,” Riley said.