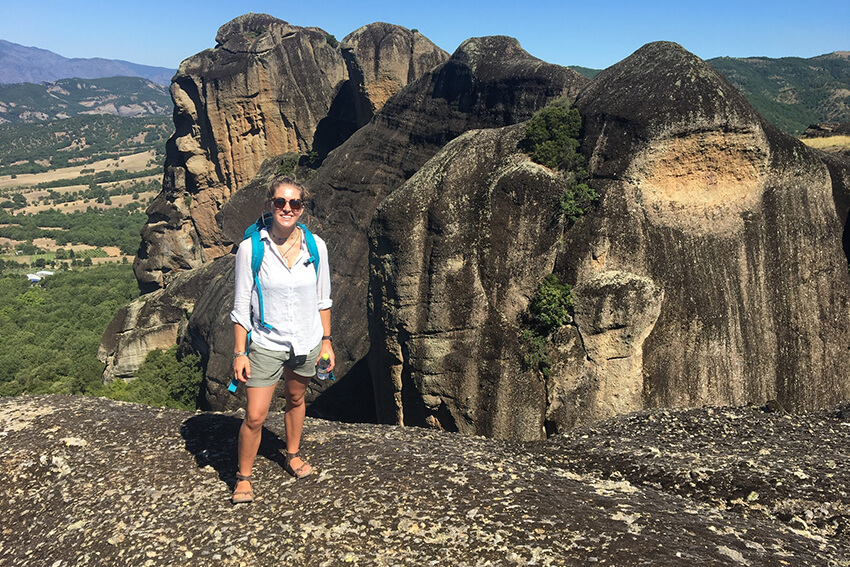 Before I took my first class at Bowling Green State University, I attended a meeting for The BG News. While writing one of my first articles as a student journalist, I was introduced to the refugee community in Toledo. Connecting with several people involved with refugee resettlement organizations sparked a fascination with the Middle East. Arabic classes, Model Arab League, refugee-focused service learning courses and my own studies helped this fascination to grow. But books, documentaries and organizations can only do so much—I needed to go further. Fortunately, BGSU provided me with an opportunity to do just that through the Stuart R. Givens Memorial Fellowship.

The Givens Fellowship allows students to design their own personal growth experience, entirely separate from a typical study abroad or other academic program.

Through the fellowship, I traveled to Cairo, Egypt and Athens, Greece to work with different refugee populations. I spent a month in each city. While in Cairo, I worked with Saint Andrew’s Refugee Services in their unaccompanied youth and children department. There I worked with Somali, Ethiopian, South Sudanese and Eritrean refugees. Hellas Caritas was my community partner in Athens. There, I worked in a soup kitchen and served hot meals to refugees from Syria, Yemen, Iraq and Afghanistan, as well as homeless Greek citizens.

Traveling on my own and exposing myself to new cultures and communities allowed my knowledge of the world to expand immensely while still learning about myself. The person I was when I stepped off the plane in Cairo is almost a stranger to the woman that arrived in BG a few weeks ago.

There’s not one specific experience that shaped me. Instead, I found it was the people I was able to meet and the opportunities I was given because of these individuals that were the most powerful and influential parts of my trip.

I grew close to a refugee from South Sudan whose father had been tortured for preaching Christianity. She and her family safely made it to Cairo 10 years ago, but they are just scraping by on the few underpaid cleaning jobs she’s been able to obtain. With an underfunded eagerness to attend university, she dreams of becoming an architect to help rebuild her home country.

An English woman and her daughter told me the wonders of Bahrain, where they have called home for the past several years. I met them while they were in Greece teaching English to a group of Syrian women. They host a film festival in Bahrain every year that highlights vulnerable international communities.

When I traveled to the island of Crete for a weekend, I was invited to share lunch with a group of sea-worn fishermen on their porch. Their stories were soaked in exaggeration and splendor, even in broken English, but none of their tales were as extreme as the strange and garish fish they pulled from their bags of their morning catch.

A quirky husband-and-wife pair of volunteers befriended me in Athens. Since leaving the Mexican wine business behind in Baja Mexico, they have traveled the globe doing aid work while remotely managing the finances of several international non-profits.

I met an Egyptian woman who opened up her home to me and showed me how to navigate her city. She led me down alleyways, flowing around decrepit buildings like rivers, illuminated by dusty lanterns to shops she treasures, cafes she shares with friends and local cuisine she could not live without. She was a master at finding the cheapest prices at markets, even then, bartering for lower prices. 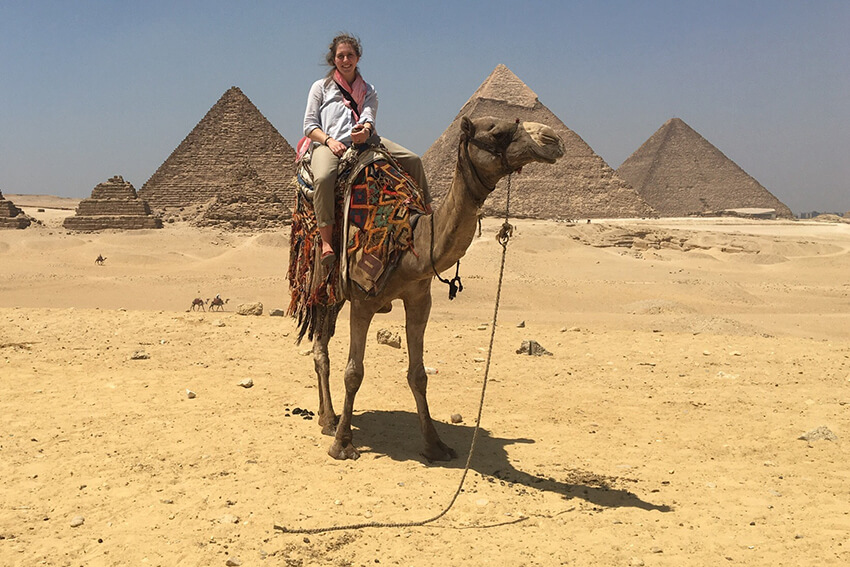 After Iftar, the daily breaking of fast during Ramadan, I shared a meal with an Ethiopian refugee. He was an English teacher in his hometown, but the government suspected him of encouraging his students to dissent from government rule and push back against policies that were discriminatory against the Oromo tribe, the majority ethnic group in Ethiopia. With threats from the government, he fled to Cairo. He hopes to make it to an English-speaking country but someday return to Ethiopia to continue teaching his students with a firmer grasp on the English language.

These are just a few of the people I was fortunate enough to stumble upon during my travels. With each interaction and conversation with every one of these people, I gained a new perspective of the world, a new set of lenses to look through.

This is not to say other components of my summer were not formative, but rather, it was the people in each of these ancient cities who accompanied my experiences that made my time in Cairo and Athens as valuable as it was.

Now that I am back in Bowling Green for the fall semester, I hope to utilize what I have learned from my travels to enrich my educational experience. I have humanized previously abstract policies, scholarly articles and media coverage with personal conversations, new friendships and firsthand experience. By seeing a region of the world and facing an issue I am passionate about, I have deepened my understanding of one of the most important issues facing the world today. This enhanced understanding only intensifies my drive to keep learning and ultimately helping refugees.