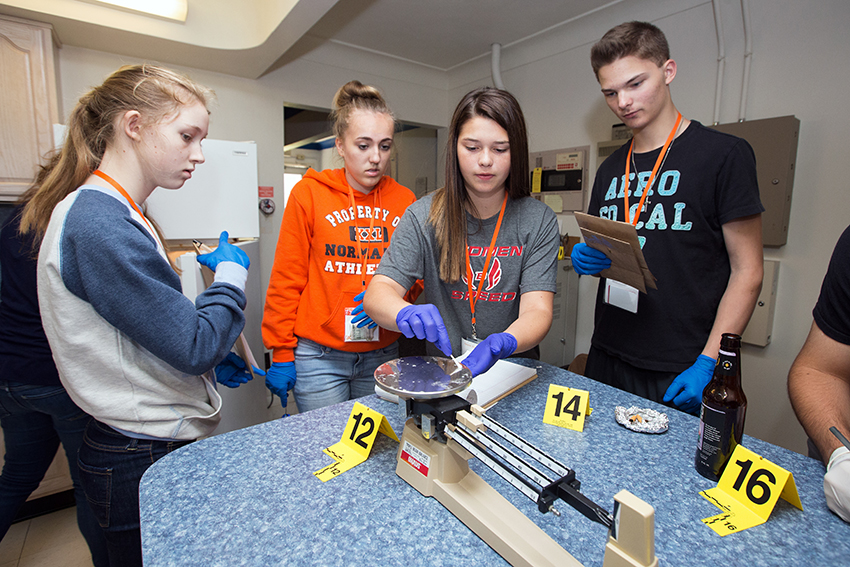 Drug paraphernalia, empty beer and liquor bottles and overturned chairs were strewn about the house. A body with a head wound and a pool of congealed blood lay in the middle of the living room. Crime scene investigators were scattered about, making sketches, taking notes and pictures and collecting evidence.

It was a typical murder crime scene — except the body and blood were fake, and the investigators were high school students from all over Ohio participating in Bowling Green State University’s forensic science youth camp.

It was the first time the University held the camp, which attracted 50 potential participants for 10 openings. Not only was the three-day camp popular because of TV shows such as “CSI,” “NCIS” and “Criminal Minds,” but the University’s first cohort of the Bachelor of Science in forensic science program begins in the fall.

“They were a great group of kids. I think it turned out pretty well,” said Jeff Lynn, chief, forensic standards and training, at the Center for the Future of Forensic Science at BGSU. “What they’ve seen on TV is what kind of drives them, I’ve found out. I’ve never watched any of those shows, but I’ve been a forensic scientist my whole career.” 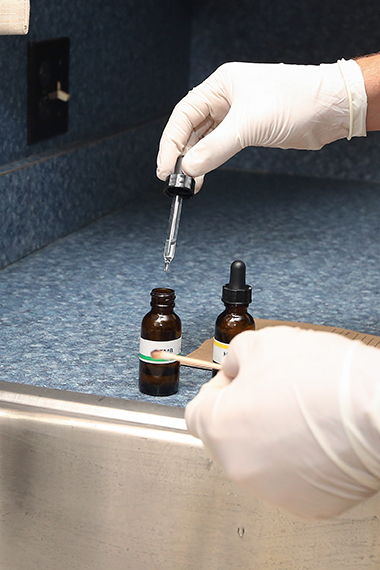 Lynn’s time with the Ohio Attorney General’s Bureau of Criminal Investigation (BCI) included responsibilities as a forensic scientist, regional crime laboratory manager and statewide system administrator. His career has afforded him the opportunity to perform scientific analysis on all manner of physical evidence, testify as an expert witness in more than 300 criminal cases, manage a crime laboratory with a wide array of distinctive forensic science disciplines, and guide a large crime laboratory system to international accreditation status.

“I got to see a lot of different stuff over the years and I told the kids some stories,” Lynn said. “They were really into the gory, serial murder kind of stuff, and we’ve done more than one of those cases over the years. But I taught them what the profession really is about as opposed to what it looks like on ‘CSI’ or ‘NCIS.’”

At the beginning of camp, the campers, who are rising juniors and seniors interested in majoring in the program at BGSU, were given an overview of forensic science. Teaching the students how to collect DNA (forensic biology) and identify drugs (forensic chemistry), and, of course, crime scene investigation.

“We brought in one of our CSI guys from BCI and had him give the students an overview of how a crime scene works, so when they walked into a crime scene they would understand how to take sketches and notes and photos and then collect the evidence itself,” Lynn said. “We did all of the various disciplines within forensic science as well as the CSI — the crime scene investigation — and then kind of turned them loose.”

The students were given a case and a scenario: The victim was a guy by the name of Hugh Dunneit, and their assignment was to find out who did him in. The participants photographed and collected evidence at the University’s “crime house” and then brought their findings back to a “crime lab” set up in the Life Sciences building.

“They looked under the microscope at the fibers and hairs that they collected and they tested some of the ‘drugs’ they got,” Lynn said. “They were given a list of four suspects, and each had a little backstory. It was the students’ job to look at their backstory, look at the evidence that they collected from the crime scene and put it all together to figure out who did it.”

The students’ final lesson was given by Lynn on how to testify in court.

“I gave them about an hour preparation and then we put them through a moot court,” he said. “We took each of them and put them on the witness stand. I swore them in and then asked them questions about what they collected, the work they did at the lab, and their peers were the jury.

"They were able to experience the entire forensic science profession and put it into practice during the camp.”