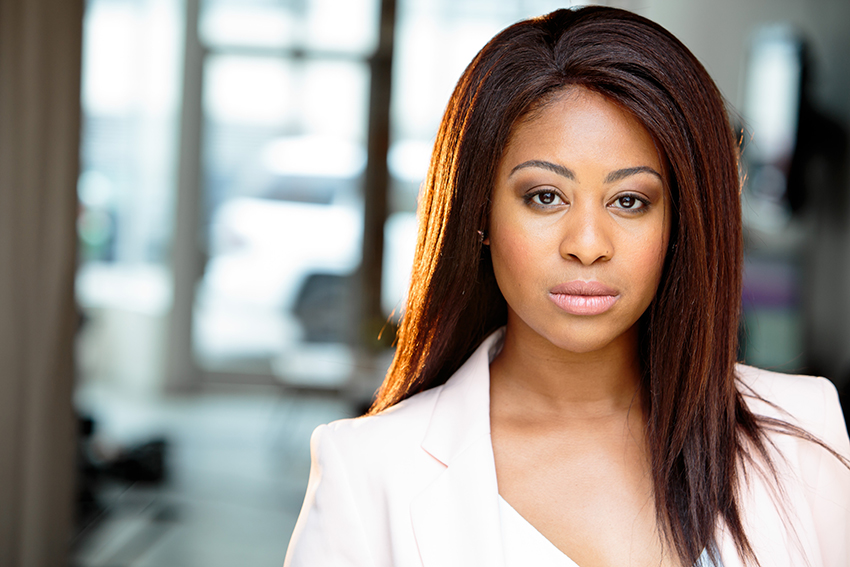 It’s been almost 12 years since Hurricane Katrina decimated New Orleans, but it’s still one of the first things people ask Nicole Lovince about when they learn she is from the Big Easy. It was also an event that charted her course to Bowling Green State University.

“I had always planned to transfer to a school that had film as a major,” said Lovince, who had been attending the University of Louisiana at Lafayette. “But the first week of college, Katrina happened. It significantly changed my life and my family’s life. Transferring became a must-do.”

This was the first of three major turning points in the alumna’s education and career path.

“I learned about BGSU from my boyfriend at the time,” Lovince said. “It had an amazing film and theater program, and scholarships were available. It really became a dream case scenario out of something crappy.”

“It’s so different than New Orleans,” she said. “Such a college town, which is really cool because everywhere you go, it’s BGSU. It was really, really fun for me.”

Lovince’s transition to Ohio was compounded by what was going on in Louisiana. While she had dreamed of going out of state for college, she was feeling a range of different emotions. She said a lot of people wanted to know about her home, which provided a conversation starter in her early days on campus.

Then she met her roommate, Carly Gacci, a glassblower: “I didn’t even know that was a thing until I met her”; her best friend, Natural Zanders, and other BGSU students including current fashion psychologist Dawnn Karen.

“Those friendships are still holding strong and true in my world now. Just being in the film program and doing theater helped me meet people,” she said, adding that she was vice president of the film and video club for two years. “I worked in a few theater shows, including doing stage production for ‘Cabaret.’ I found my love for production through that show.”

Coupled with coming in second in an Owens-Illinois commercial contest, Lovince was now confident in her path.

“It ignited my passion, I knew what I wanted to do with my life,” she said. “I came in an actor and came out an actor, writer, producer, director.”

While Lovince always thought she would move directly to Los Angeles from Bowling Green, another turning point was just ahead.

“After graduation I stayed for the summer with some friends,” she said. “It’s still one of my favorite summers; I got to have BG without being in school. We enjoyed the great summer weather – hanging out on the open green on campus, talking about the last four years and what’s next; no pressure. For that moment it was utopia. For those three months we were just going to do nothing (except eat at the Corner Grill) and enjoy being young.”

At the end of summer, when reality hit, she went back to New Orleans, not to LA.

“I didn’t have the money to transition to the big city,” she said. “The film industry was really booming back home, four years out from Katrina; a huge window had opened up in my hometown. I never thought I could work in the film and TV industry in New Orleans.”

She quickly got a job at an animation studio donated to one of the New Orleans schools by Disney, Lucas Films and Siggraph. Lovince stayed in New Orleans for three years, when the third turning point prompted her move to LA.

“It started out in an unexpected way, but I ended up where I wanted to be, working in LA,” she said, adding that it was the end of a relationship that set her on this path. “As tragic as it was, so much light came out of it. I thought, ‘I’m going to take this and turn it into something positive that I can use for the future.’”

This outlook on life is a side effect of Hurricane Katrina and has earned her the nickname “Phoenix” by her friends.

“My city is so resilient, as the world can now see. It’s still a thriving, functioning city and we’re moving forward,” she said. “There’s only so long something can keep you down before you stay there. If you let it keep you in the negative space, it’s not going to get you anywhere.” 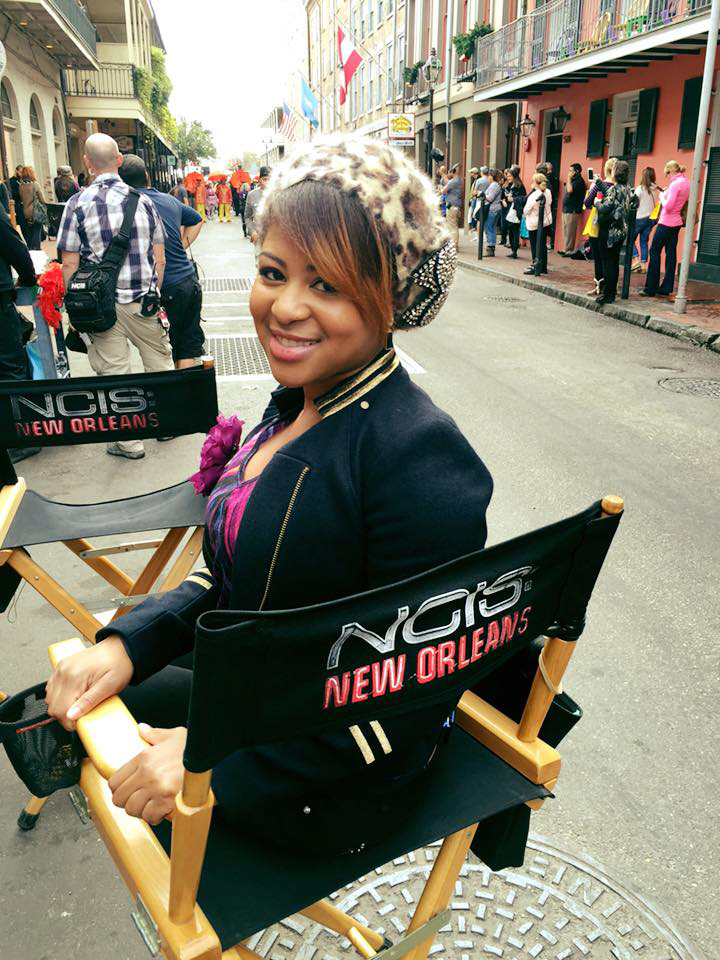 One of Lovince’s first roles after arriving in L.A. was Kori in “Pitch Perfect.” Readers may also recognize her from “Pawnshop Chronicles,” “NCIS New Orleans” and a national commercial for Blue Cross Blue Shield.

“It’s fun, amazing, challenging – like college in a sense,” she said. “But I’m figuring it out. I’ve found another home, in addition to New Orleans and Bowling Green.”

Lovince said that universities like BGSU are important because they give students the variety of experiences necessary to succeed in the film industry.

“I am getting back to writing, starring in and directing my own content because of the way the industry is changing,” she said. “You have to be equipped with some understanding of what it takes to produce a TV show, movie or radio show, and I can do that. They also want to see your social media following and any content you’re producing.

“It’s terrifying and exciting and liberating. For the first time in entertainment, we as artists have the vehicles to get our work seen and our voices heard. There are so many different ways to do that, it’s almost overwhelming. How do you choose the platform that best fits your voice? And then build it and sustain it.”

For some, that sounds overwhelming.

“It’s about finding the balance between being an artist and getting my voice out there. I can’t just be an actor anymore. I have to produce my own content and put it out there,” Lovince said. “It’s so clichéd, but the best part is the journey. We never know how we make it work, we just do. Then that’s how the next generation gets to create their own story.”

Lovince can be seen in a Chevy campaign right now and has a movie coming out later this year called “Skin in the Game.”

“I’ve loved all the movies I’ve been in, but this is the first that has a really powerful message,” she said, explaining that the story revolves around underage sex trafficking in America. “I learned so much about that world through this role; I didn’t know it existed at this level. I’m extremely proud to be a part of this project.”

Additional projects include “A Quiet Storm,” which is doing the festival circuit; “Blackbird,” which is on Netflix; and “Where I Stand,” which will come out in 2018. Lovince is also working on a documentary about the process involved in building a tiny house.

“I want to really encourage people to look at what’s important to them and make a smaller footprint,” she said. “We take up a lot of resources and space, we create lots of waste. I want to make sure that I’m promoting change and positivity.”

Lovince is also still auditioning and applying what she learned at BGSU about the production side of the industry.

“I’m in no way done, I feel like I’m just barely scratching the surface with my career. There’s a lot more I want to accomplish,” she said. “I thank God for going to BGSU; it still holds such power in my life. It shocks me sometimes how impactful it is in my world. It’s a part of my story and I’m honored to tell it.” 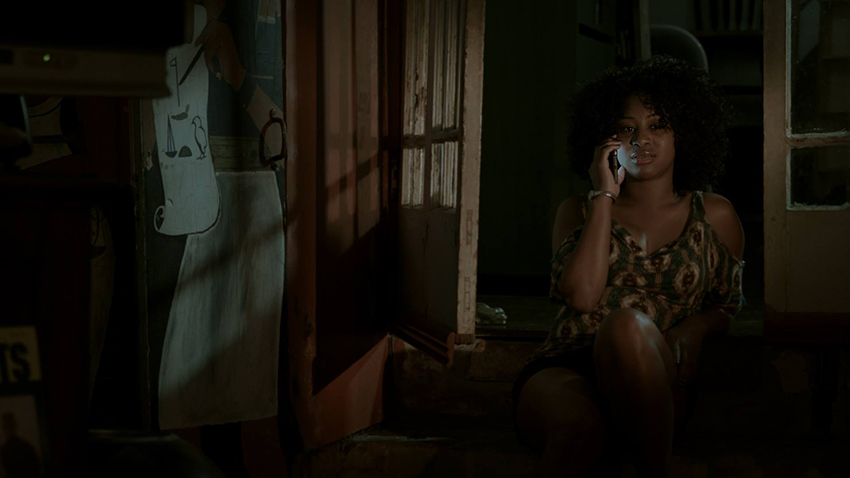 From Where I Stand