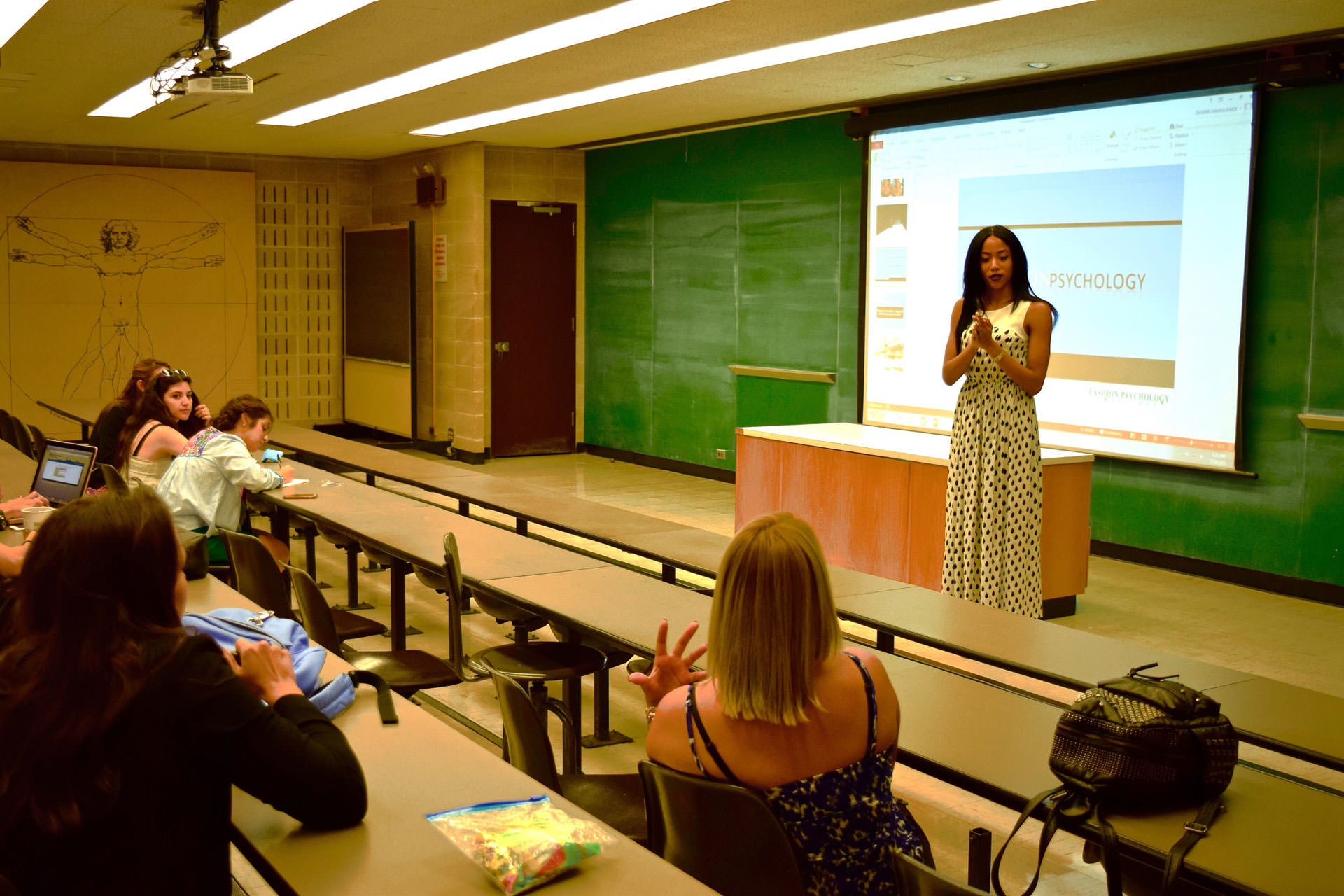 Some things, like peanut butter and chocolate, obviously go together. But other pairings aren’t so observable. Bowling Green State University alumna Dawnn Karen has recognized the potential of one unique combination, and is on her way to making it the next peanut butter cup.

Fashion psychology. There is a lot of buzz around this concept, which Karen defines as styling from the inside out by bridging the gap between perception and reality.

“Often times I think we are on autopilot,” she said. “We just throw on clothes. Let’s deal with these clothes, counsel through issues and then decide what to wear.”

In 2016, after seeing so much potential for this service, she trademarked fashion psychology as an academic field.

“The Fashion Psychology Field is a newly applied academic discipline focused on the study and treatment of color, beauty, style, image and shape and its effect on human behavior while addressing cultural sensitivities and cultural norms,” Karen explained.

The field aligns with two of Karen’s other initiatives, Fashion Psychology success, which provides fashion psychological services to meet the needs of professionals across any industry – corporate businesses, non-profit organizations, individuals, families and relational groups – all around the world, and the online Fashion Psychology Institute, the first-ever academic organization dedicated solely to the study of fashion psychology. The institute offers a wide range of courses relating to the fashion psychological aspects of fashion, culture, design, business, politics and more.

“As I worked to expand fashion psychology, I found that people from around the world strongly desired to be a student of this new field,” she said. “There was a gap in the education, so I had to create an institution where they could learn.”

Originally from Cleveland, Karen chose BGSU because the location resonated with her – it wasn’t too far away from home, it was in the country, there was fresh air and foliage.

“I liked that type of vibe,” she said.

After immersing herself in the BG experience, which for her included participating in an honors society for psychology majors, the Alpha Kappa Alpha sorority, the McNair Scholars Program, and mentoring other students, she graduated with a bachelor’s degree in psychology and a minor in ethnic studies.

“I really excelled at BSGU,” she said. “I tell people to go there. To get away from the city life. I do not know if I would have excelled in a city; there would have been too much distraction.”

Although she was a psychology major, Karen has always had a creative side, attending the Cleveland School of Arts in high school and designing clothing for her dolls as a child.

“Fashion came first, but as I grew up, I wanted to get inside people’s mind,” she said.

While living in Founders, she was able to fuel her creative side by designing a jewelry line, Jewelry Creations by Dawnn, which she continued in New York. She said pieces, including feather earrings and beaded necklaces, filled a gap in the local fashion market, which was lacking “pizazz.”

Once in New York, she worked in the fashion industry and earned a master’s degree in counseling psychology from Columbia University before realizing she could combine her two passions.

“I knew there was some psychology behind dress,” she said. “But I did not know I could merge them until I came to New York.”

“There were times when I needed certain persons to tell me you can do it. It took me a while to grow my confidence as an entrepreneur,” she said. “Now I passionately say I can do this and that. I no longer need anyone to push me or to sign off on my dreams. My dreams are real and, most importantly, achievable.”

She said much of that confidence has come from her recent accomplishments, which include being interviewed by media in 23 countries, traveling to the Middle East and Asia to continue her research and being invited to speak at the United Nations. She is also one of the youngest professors at the Fashion Institute of Technology, where she teaches color psychology and fashion psychology.

“Pioneering something, you do not know if it is going to be perceived well or not,” she said. “Now that I know people are accepting of this, I do not have to have so much trepidation about it.”