Bob Baltz ’57 plans for the future 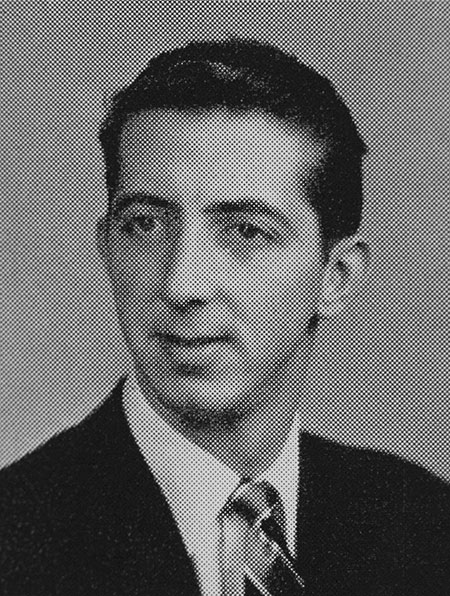 Growing up in foster care, Bob Baltz ’57 always knew he would have to take care of himself. He learned financial responsibility early by paying $10 weekly rent to his caregivers after he turned 16. He started saving during his first teaching job, and wise investing continued to be a lifelong priority.

Now, the retired educator and father is putting his lifelong investments to work for BGSU students.

“BGSU was the biggest part of my education and my maturing,” he said. “I tell you, it makes me feel good to give especially when they say, ‘Your first scholarship is starting this fall.’”

Bob and his financial planner created the Robert Baltz Charitable Trust in 2012, which will fund a blended planned gift to BGSU upon Bob’s passing.

But Bob didn’t stop there. He decided to work directly with the BGSU Foundation to see the impact of his giving during his lifetime.

He worked with Kirk Ross, the planned giving director for the BGSU Foundation, and established the Baltz Family Scholarship with a cash gift in order to benefit a BGSU student this fall. Priority will be given to students with financial need who were raised in foster care.

Since meeting with the BGSU Foundation, Bob has divided his estate into three parts.  The first will provide for him and his wife, Elida Baltz, during their lifetimes before it passes to the BGSU Foundation. The other two-thirds will provide annual income to son and granddaughter, and then will benefit BGSU after their lifetimes.  When each of those parts reaches the university, it will be invested in the BGSU Foundation endowment in order to perpetually fund the Baltz Family Scholarship. Bob hopes to fund at least two, and possibly several, scholarships every year.

“For Bob’s wonderful gift, we combined multiple types of planned gifts to make sure Bob could both provide for his family and also reach his philanthropic goals.”

Bob has fond memories from his time as a Falcon. He first enlisted in the U.S. Air Force during the Korean War so he was 21 years old as a BGSU student, where one of his two brothers had already enrolled. Back then, the administration had strict rules like no vehicles for underclassmen and no shorts for young women for its 5,000 students — less than one third of the 18,000 enrollees of today.

He and his first wife Lois (Kramer) Baltz ’57 were “pretty broke” but debt-free when they both graduated with teaching degrees from BGSU. Bob had borrowed $200 from his dad for tuition, a loan his dad forgave as a wedding gift.

Bob is proud to invest back in the institution that prepared him for a long and accomplished career teaching social science and history to students who ranged in age from elementary to high school. He and his wife worked mostly in the state of Washington, with stints teaching overseas and his Fulbright teaching exchange to Nottingham, England.

“I planned since I was a teenager to live until I’m 100,” Bob says, laughing. “My advice is to start saving with a plan that you’re not going to touch until you retire.”