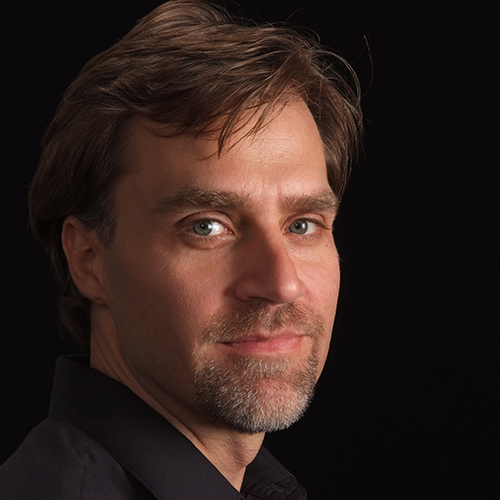 BOWLING GREEN, O.—The happy phrase “embarrassment of riches” might apply to music composition faculty member Dr. Mikel Kuehn, in terms of recognition for his work this year. He recently received the Barlow Endowment Commission for Music Composition, one of the leading commissioners of contemporary music in the United States.

This comes on top of his being named a Guggenheim Fellow last spring, when he also received a 2014 Ohio Arts Council Individual Excellence Award.

"This award is not only wonderfully prestigious for our Prof. Kuehn, but also a confirmation of the very high level of our composition department faculty,” said Dr. Jeffrey Showell, dean of the College of Musical Arts. “Among the current four composition professors, there have been two Guggenheim awards, one Fulbright, and one Barlow Endowment Commission. Extraordinary!"

A prolific composer, Kuehn’s work is performed frequently worldwide and he has numerous composition commissions. Among his recorded music is an in-progress solo CD from New Focus Recordings. In March 2013, six of his works were featured at the Vienna Saxfest held at Konservatorium Wien Privatuniversität.

His work was described as having “sensuous phrases ... producing an effect of high abstraction turning into decadence,” by New York Times critic Paul Griffiths.

The Barlow is a very competitive award, going only to six to 10 composers a year. Applicants must identify an ensemble with whom they would like to work, and that group must give its endorsement and agree to perform the eventual piece.

For Kuehn, choosing a group was the easy part. He will compose for the Spektral Quartet, a classically trained string quartet based at the University of Chicago that performs new music. He has worked with two of the members already, who are also part of Ensemble dal Niente, which was the featured ensemble at BGSU’s 2013 New Music Festival. Last fall, Kuehn finished a large piece for the ensemble, called “Undercurrents.”

He considers himself lucky to be paired with Spektral. “They’re all great and very open-minded and willing to devote themselves to whatever the composer wants to do. That’s not so easy to find.

“I’m very happy to be working with them,” Kuehn said. He will have a couple of opportunities to collaborate with the quartet on the Barlow composition over the next year. “I know the players’ abilities and what they each do well,” he said. “Sometimes creating music is a little bit like making a sculpture, where you try out ideas until you get it where you want it. They support the creation of the work.”

Kuehn, who is also a trained jazz pianist and percussionist, uses various techniques to compose. “I use a little piano, and even drawing, sketches, the computer,” he said. “I make the shape of the music I have in my mind and try to articulate that.”

Creating new music can be “a struggle,” he said. “Some things aren’t able to be written with traditional notation. I try to identify my intention and communicate that to the musicians.”

Kuehn barely had time to absorb the news about receiving the Barlow Commission before he had to leave for China and Korea, which he described as the “trip of a lifetime.”

His composition “Rite of Passage,” for bass clarinet and live electroacoustics, was having its world premiere at the Seoul International Computer Music Festival, and he added a side trip to Chengdu, China, for a residency at the Sichuan Conservatory of Music, at the invitation of a former student who now teaches there. He gave a master class on composition and a lecture on his music at the conservatory, as well as another lecture, on American music, at Sichuan Normal University.

In Seoul, he and clarinetist Marianne Gythfeldt, a faculty member from the Brooklyn College Conservatory of Music, performed his new work.

Afterward, he was surprised to find himself, Gythfeldt and Takuto Fukuda, another composer from the festival, invited as guests on a morning radio show. “It was very unlike our ‘morning drive’ shows,” Kuehn said. “The commentator was more like a female Charlie Rose. She asked us to explain what computer music is and played an excerpt of my new composition, ‘Rite of Passage,’ and an example of another composer’s work and of Marianne’s clarinet playing.”

In Sichuan, more surprises awaited. Kuehn and his wife, soprano Deborah Norin-Kuehn, were asked to be among the judges for the final round of the Sichuan Province Voice Competition. The seven-hour, televised event featured 60 singers performing everything from traditional Tibetan songs to contemporary Chinese art song.

“It was a great honor to be asked to judge and really, really interesting,” Kuehn said. As honorary judges, they did their best although he and his wife were not familiar with the musical styles presented, he said.

During both legs of his trip, Kuehn met with students, especially those in composition, and encouraged them to apply to BGSU. “They would bring another dimension to the college,” he said. “Many of them also write on traditional Chinese instruments and would provide us with another range of possibilities.”

Kuehn returned to BGSU just in time for the annual New Music Festival, where another of his compositions, “Tag,” for two flutes, was being performed. Kuehn noted that the festival has brought international recognition to the University and the college, along with its rare doctoral program in contemporary music.

“We are one of the only universities to have the complete contemporary music environment in one school,” Kuehn said. He has taught at BGSU since 1998 and was director of the University’s MidAmerican Center for Contemporary Music along with the New Music Festival and the Music at the Forefront concert series from 2007-10.