Author of ‘The New Jim Crow’ to speak at BGSU 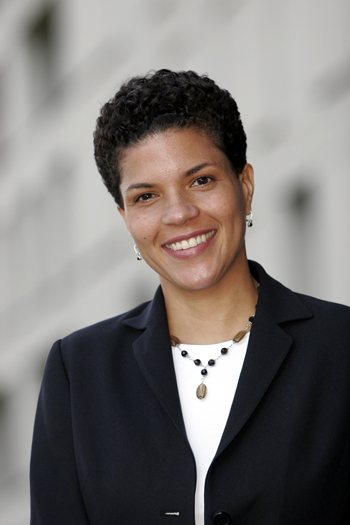 BOWLING GREEN, O.— In “The New Jim Crow: Mass Incarceration in the Age of Colorblindness,” Dr. Michelle Alexander says the “War on Drugs” and “tough on crime” policies of the last 30 years have created a generation of young, black men under the control of the criminal justice system.

Alexander, a civil rights lawyer and associate professor of law at Ohio State University and The Kirwan Institute for the Study of Race and Ethnicity, will discuss her book at 5:30 p.m. Nov. 17 in 206 Bowen-Thompson Student Union.

Since its publication, Alexander has been a guest on PBS’ “Bill Moyers Journal” and Amy Goodman’s “Democracy Now.” Her writing has appeared in newspapers and magazines ranging from The New York Times to The Nation.

Alexander will discuss what she calls the misleading tactics of the law enforcement community, the colorblind language used to frame these policies to the public and the manner in which both major political parties are complicit with the creation of “the new Jim Crow.”

The talk is sponsored by the Department of Ethnic Studies and the School of Cultural and Critical Studies.