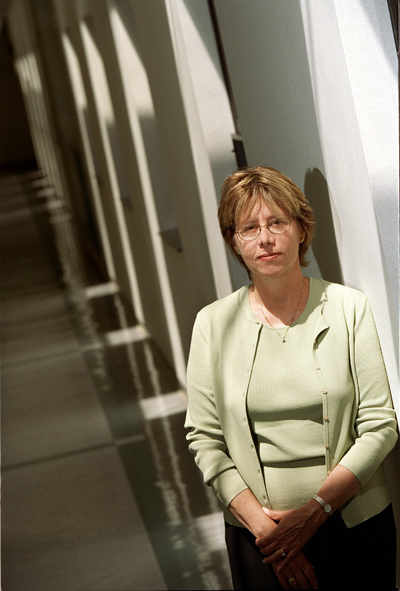 BOWLING GREEN, O.—As teenagers, they were locked up in an Ohio juvenile facility. Now adults and parents, many of these juvenile offenders continued traveling a criminal path.

The effect of their lifestyles on their children is the focus of a new book from Dr. Peggy Giordano, a Distinguished Research Professor of sociology at Bowling Green State University. Legacies of Crime—A follow-up of the Children of Highly Delinquent Girls and Boys follows a group of juvenile delinquents over a 20-year period. Giordano interviewed them at 16, 30 and 39 years old, and in the last stage of the study also interviewed their adolescent children.

Giordano says this study stands apart for several reasons—the length of time involved, the focus on women offenders and the realization that the incarceration of a parent, while an extremely negative event in the life of a child, is only one part of bigger problems that must be addressed.

Her research team traveled all over the state and beyond to catch up with the initial study group. She says some were in prison, while others were living in deplorable conditions.

“While many studies show most kids mature out of crime that was not the case with many in this group of serious offenders,” said Giordano.

“It jumped out how much difficulty their children had. You really want to think there are resilient kids, and some kids manage to handle stress and do well, but our interviews reveal fewer success stories and more difficulties than we would have predicted.”

Giordano says there has been increased interest in the situations children of incarcerated parents face.  Yet her research showed problems such as unstable housing, stress and performing poorly in school often predate the parent’s time in jail, and continued once the parent is released.  A boy interviewed for the book reinforces this point.

“Every time she comes she always gets mad at my grandma…
like she choked my grandma before she went to jail.
I’m always like, I don’t want to hit her and stuff, but like
I have a hammer and I sit it right next to my bed.
‘Cause I know if my mom comes in messed up on drugs, she gets real violent…”

Giordano felt this “longer lens” on the families studied was important, as programs focused on issues the child faces when a parent is incarcerated may not alleviate the child’s problems if the parent’s underlying drug problems or criminal lifestyle are not themselves fully addressed.

Giordano says it’s also important to place a high priority on the needs of young women who may enter the juvenile justice system. She says these women are the next generation of mothers whose own children often face a variety of formidable risks.

“The mothers we interviewed were very economically disadvantaged, often partnered with highly antisocial men, and the pattern of continued drug involvement created a family climate of extreme unpredictability and stress for their children.  This highlights the importance of intervening early to interrupt this tendency for intergenerational continuity in the experience of violence, drug use and other forms of criminal activity.”

Giordano doesn’t rule out continuing her study down the road. “I would like to see what happens when these kids begin to form their own families, and learn more about what factors work to break the cycle.”

Legacies of Crime is available through Cambridge University Press.