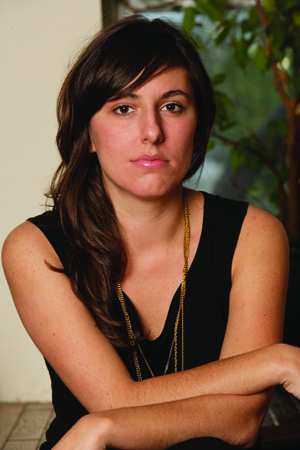 Jessica ValentiBOWLING GREEN, O.—Jessica Valenti, dubbed the “poster girl” for third-wave feminism, will speak at Bowling Green State University on April 14. An impassioned activist for women’s rights, Valenti is an author, journalist and founder of the feministing.com blog and online community. She has been seen on “The Colbert Report” and “The Today Show,” and has been featured in such publications as The Nation, The Guardian and Salon.com.

At BGSU she will discuss her latest book, “The Purity Myth: How America’s Obsession with Virginity Is Hurting Young Women,” and feministing.com. Her free talk will be held at 7 p.m. in the Lenhart Grand Ballroom of the Bowen-Thompson Student Union and is open to the public. BGSU’s Organization for Women’s Issues is hosting the event.

Valenti will also sign copies of her books in the Women’s Center, 108 Hanna Hall, after her presentation. Her work includes “Full Frontal Feminism,” “He’s a Stud, She’s a Slut . . .  and 49 Other Double Standards Every Woman Should Know,” “Yes Means Yes: Visions of Female Sexual Power,” and “A World without Rape.” Books will be offered for sale, and attendees may bring their own copies.

Known for having a knack for communicating with young adult audiences, Valenti brings her signature wit and sarcasm to a progressive vision of feminism that focuses on the future while discrediting myths and stereotypes. She has been a contributor to Ms. magazine, among other publications, and was named by Elle magazine as one of its “IntELLEligentisia.”

Funding for her campus visit is provided by the University Activities Organization, women’s studies, the Women’s Center, the Currier Foundation in the journalism and public relations department, Tech Trends, Vision, ethnic studies, the Honors Program, the Graduate Women’s Caucus, the Panhellenic Society and the Society of Professional Journalists.