In memoriam: Ray B. Browne 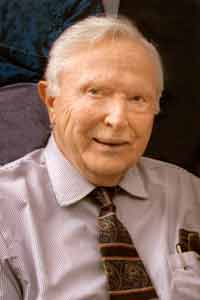 BOWLING GREEN, O.—Dr. Ray B. Browne, who was instrumental in establishing the first full-fledged department of popular culture in the United States at Bowling Green State University in 1973, died Oct. 22 at home in Bowling Green, Ohio. He was 87.

Internationally recognized as a publisher and expert in popular culture, Browne is often credited with coining the term and as being among the first to propose its serious study. In 1967, he created the Center for the Study of Popular Culture and published the Journal of Popular Culture, the nation’s first publication of its kind, which includes writings of popular culturists, folklorists and American studies enthusiasts. He founded the Popular Culture Association (PCA) and organized the Bowling Green Popular Press in 1970 and, in 1978, founded the Journal of American Culture. He later founded a sister organization to the PCA, the American Culture Association, to focus solely on American popular culture.

Browne was a Distinguished University Professor Emeritus of popular culture at BGSU, where he taught from 1967-92. He established the popular culture department in 1973 with colleagues Michael Marsden and Jack Nachbar. In 1977, he received the title of Distinguished University Professor, which is accorded faculty who have achieved national and international stature in their fields.

Marsden, a former BGSU faculty member and associate dean who is now academic vice president and dean at St. Norbert College, remembers Browne as an inspiring mentor, colleague and friend. “There was never anything but possibility with Ray. He made you believe in yourself and your future and your possibilities,” Marsden said. It was that enthusiasm and confidence that in part enabled Browne to achieve so much and to encourage others to pursue new scholarly ventures, he added.

Born in Millport, Ala., in 1922, Browne grew up poor in the Depression, sometimes working as a teenager picking cotton for 10 cents a day. He attended the University of Alabama using money earned from part-time jobs and financial support from a sister. He fought in World War II in an artillery unit in the European theater, and studied in England at the Universities of Birmingham and Nottingham for a year after the war ended. From there, he returned to the U.S. and earned a master’s degree in Victorian Literature from Columbia University. He spent two years teaching at the University of Nebraska in the late 1940s before attending the University of California at Los Angeles, earning a Ph.D. in English and Folklore in 1956.

Browne taught at the University of Maryland from 1956-1960, and at Purdue University from 1960-1967. A prodigious scholar, he published dozens of articles and numerous books in his early career. However, at both Maryland and Purdue, he often chafed at what he regarded as the narrow interpretation of subject matter “worthy” of academic study, said his son Glenn. Although he was an authority on “worthy” writers such as Herman Melville and Mark Twain, he believed that cultural studies and criticism should include popular culture, the voluminous culture that falls between elite culture and folklore.

He married Maxine Matthews of Ozark, Ala., in 1965, and, in 1967, Browne moved to Bowling Green with the express purpose of starting the academic study of popular culture. He had the support of both the dean of his college and the university president at the time. At that point, Browne’s career and the popular culture movement took off.

After his retirement from full-time teaching, Browne continued to contribute to the BGSU’s popular culture book collection through his writing and donations. Bowling Green’s now 40-year-old popular culture library is named in honor of Browne and his second wife, Pat. They were co-editors of the 1,010-page “Guide to United States Popular Culture,” published by the Bowling Green Popular Press in 2001.

Browne wrote or edited more than 70 books and hundreds of articles, and was an editor of several publications. He was also widely quoted by media, lectured in several countries and was consulted by the Smithsonian Institution on popular culture issues. He appeared several times on the CBS Evening News, as well as on the Phil Donahue show, BBC News, and other television programs. He was the subject of a USA Today Profile (December 22, 1986), and articles about him appeared in People magazine (July 11, 1977) and Rolling Stone (October 1988).

“Quite simply,” Glenn Browne said, “he viewed popular culture as what most people spend most of their life doing.”