These maps present geographic variation in the adjusted marriage and divorce rates for over 3,000 counties in the United States. The estimates are from county court record data of numbers of marriages and divorces and U.S. Census data from 2000. The adjusted marriage rates represent the number of marriages per 1,000 single population, and on average, there are 24 marriages per 1,000 single people. Hotspots for marriage include counties that are destination locales including Gatlinburg, Tennessee (Sevier County), Las Vegas, Nevada (Clark County), and Maui County, Hawaii. Additional counties with high-adjusted marriage rates are Carroll County, Arkansas, Ottawa County, Oklahoma, as well as Douglas and Storey Counties, Nevada. The adjusted divorce rates represent the number of divorces per 1,000 marriages, and on average, there are 19 divorces per 1,000 marriages. Some of the counties with the highest adjusted divorce rates appear to be those that facilitate divorce via online (e.g., Lincoln County, Washington) or offer relatively low court costs (e.g., Cameron County, Pennsylvania).

Researchers can use these data to examine geographic concentrations of marriage and divorce. The county-level marriage and divorce data are provided in a spreadsheet, which contains the county-level number of divorces, population, married population, divorce rates, adjusted divorce rates and geocodes (FIPS). These data are from work supported by the National Science Foundation under Grant No. SES-1003960 to Jennifer Glass at the University of Iowa with data collection assistance provided by Philip Levchak. 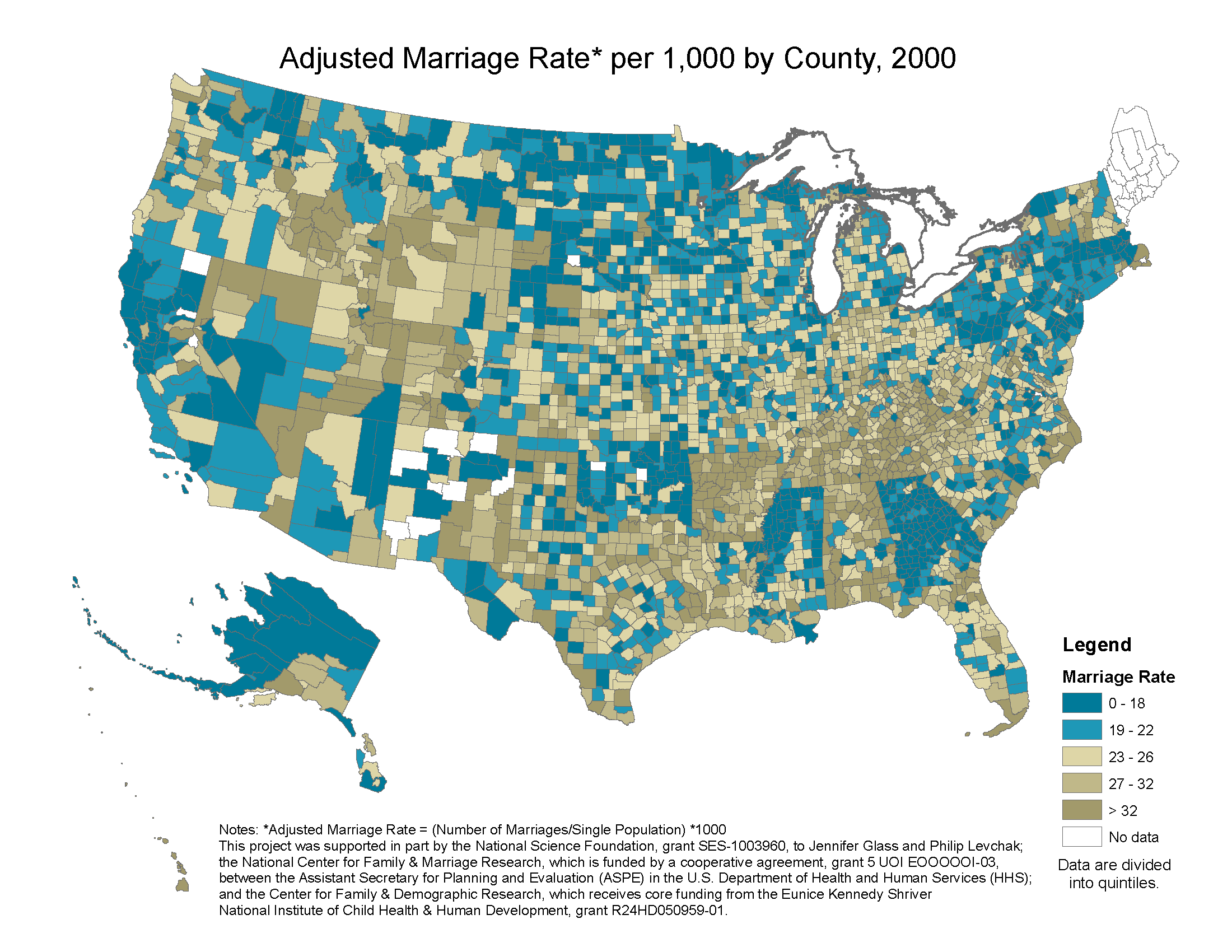 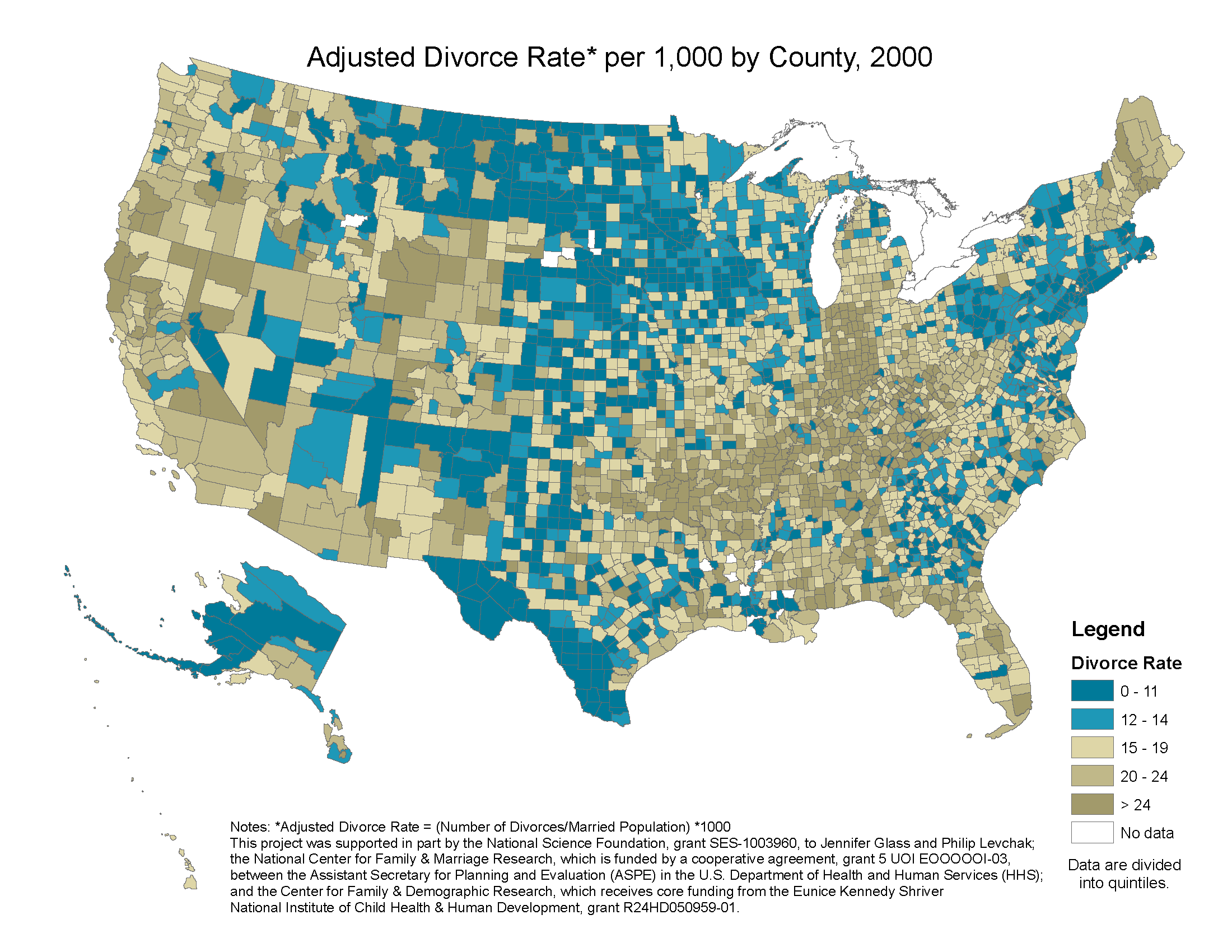