The National Center for Family & Marriage Research with the Center for Family and Demographic Research present county-level marriage and divorce counts for 2010. Not available anywhere else at this geographic level—we provide researchers with data to examine geographic concentrations of marriage and divorce for over 3,000 counties in the United States. The county-level marriage and divorce data are provided in an Excel file, which contains the county-level number of marriages, divorces, state postal abbreviations, and unique county identifiers (county-level FIPS codes) that can be easily appended onto existing data sets. These data are from work supported by the National Institutes of Health under Grant No. 5R03HD078653 to Wendy D. Manning at Bowling Green State University. This research was also supported in part by the Center for Family and Demographic Research, Bowling Green State University, which has core funding from the Eunice Kennedy Shriver National Institute of Child Health and Human Development (P2CHD050959).

The maps (below) present geographic variation in the adjusted marriage and divorce rates for counties in the United States by quartile. The estimates are from county court record data of numbers of marriages and divorces and U.S. American Community Survey 1-yr, 3-yr, and 5-yr estimates for 2010. The adjusted marriage rates represent the number of people who married per 1,000 single people. Hotspots for marriage include counties that are destination locales such as Gatlinburg, Tennessee (Sevier County), Las Vegas, Nevada (Clark County), and Maui County, Hawaii. The adjusted divorce rates represent the number of people who divorced per 1,000 married. Some of the counties with the highest adjusted divorce rates appear to be those that facilitate divorce via online (e.g., Lincoln County, Washington) or offer relatively low court costs (e.g., Cameron County, Pennsylvania). 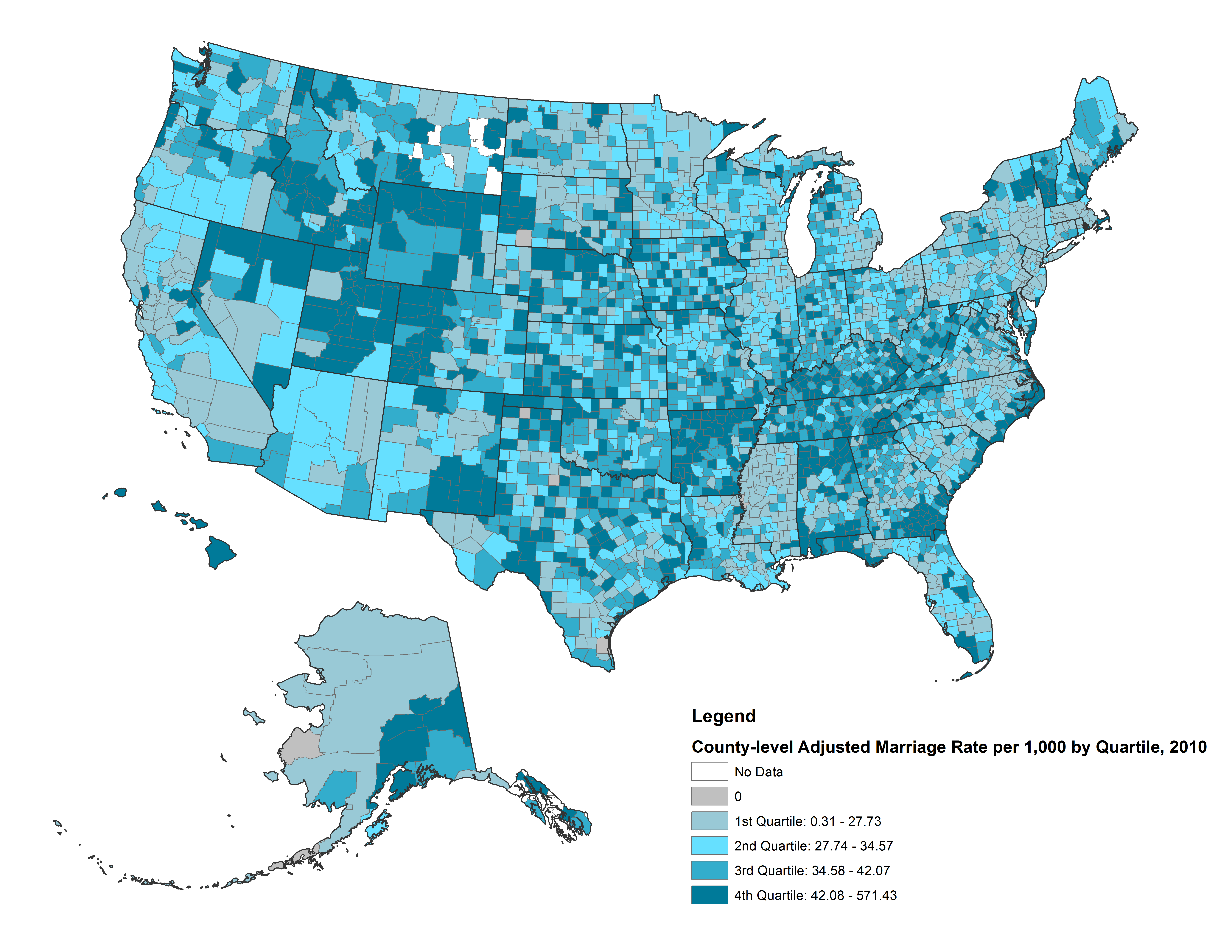 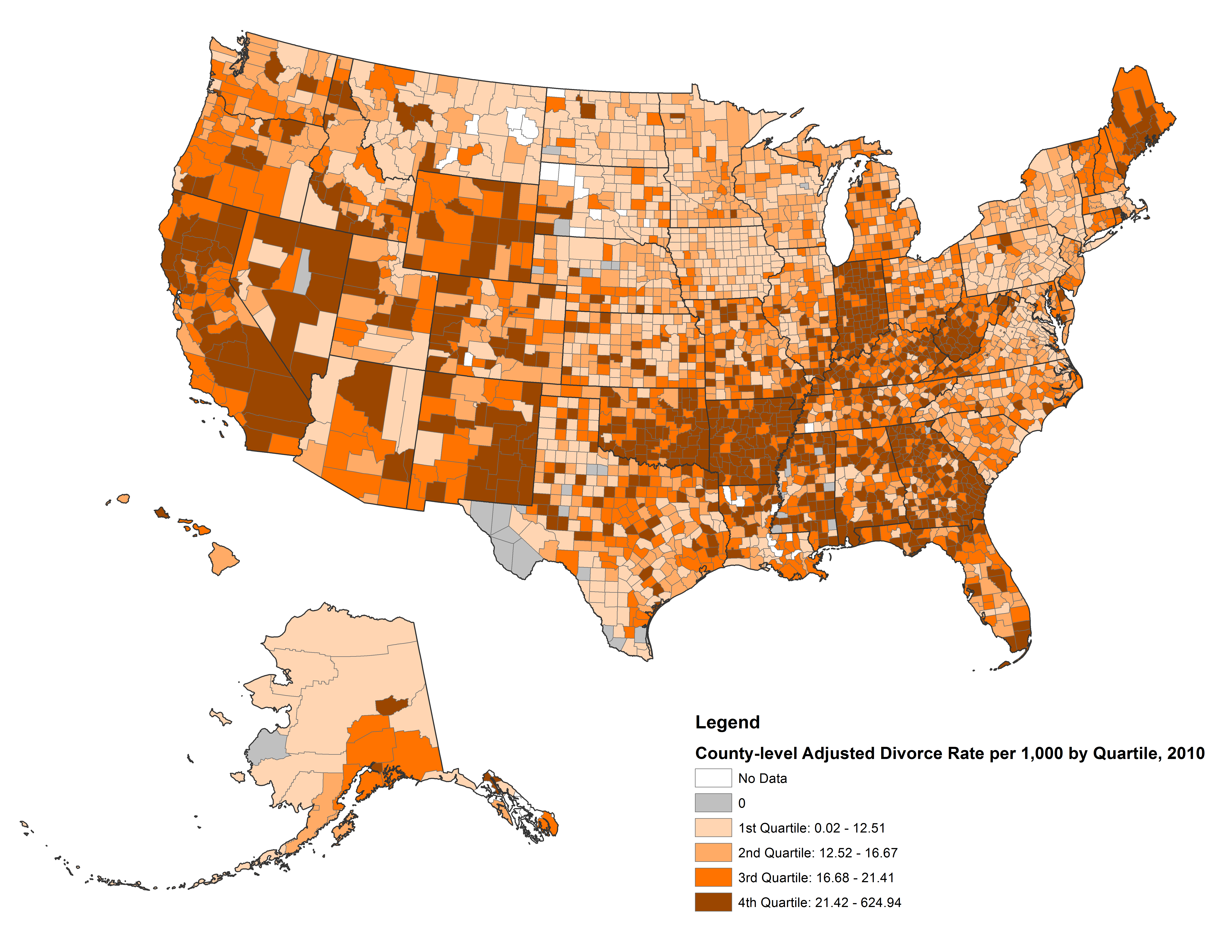