The Academy of Distinguished Alumni was created in 2011. The award is the highest honor bestowed by the University and was established to recognize the extraordinary accomplishments of alumni who have made significant contributions to their chosen professional field and/or through their community involvement. The University is proud to honor those alumni who have inspired their country, state, community and BGSU.

Please join us in congratulating the 2013 Academy of Distinguished Alumni: 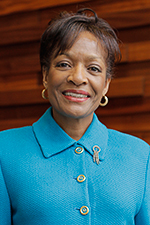 Linda Forte is senior vice president of business affairs and chief diversity officer for Comerica Incorporated. She is a member of the bank’s national senior leadership team. Her duties include oversight of the Comerica Charitable Foundation, Comerica Contributions and Civic Affairs. Forte has demonstrated a passion for her employees and adopted hometown that surpasses her job description.

Forte has spent the entirety of her nearly 40-year career with Comerica after a BGSU education faculty member recognized and cultivated her aptitude for business. She has risen through the Comerica ranks in various positions of increasing responsibility in branch management, human resources, corporate banking and executive administration.

Forte volunteers on the boards of The Henry Ford Health System, New Detroit, The Michigan Women’s Foundation, Executive Leadership Council, Economic Development Corporation of the City of Detroit, Women’s Caring Program and the Michigan United Negro College Fund. She also serves as a commissioner for the Detroit Water and Sewerage Department.

Most recently she was recognized as the 2013 Girl Scouts “Tough Cookie” Leadership Awardee, a 2013 Women and Leadership in the Workplace Distinguished Service Awardee, a 2013 DBusiness “Powered by Women” honoree, a 2012 Woman of Achievement and Courage by the Michigan Women’s Foundation, and a 2012 Mercy Education Project PHD Awardee. She was also selected by Black Enterprise magazine as one of the 2011 Top Executives in Diversity, and by Crain’s Detroit Business magazine as one of 2007’s Most Influential Women and one of Detroit’s 100 Black Business Leaders in 1998.

She earned her bachelor’s degree in psychology and education at BGSU and her MBA in finance and accounting from the University of Michigan.

Forte serves her alma mater as a member of the BGSU Student Affairs Board of Advocates. As an undergraduate at BGSU, she was a member of Delta Sigma Theta sorority. 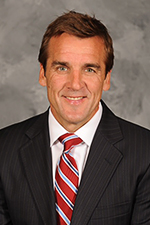 McPhee was recognized immediately as a standout hockey player at BGSU. A four-year letterwinner from 1978-82, he was the recipient of the 1982 Hobey Baker Memorial Award, given to the top player in college hockey. His other accolades included a first-team All-CCHA selection in 1982, second-team All-CCHA honors in 1979 and 1981 and his selection as the CCHA’s Rookie of the Year in 1979. Earning a degree in interpersonal communication, he became the first player to be named to the CCHA All-Academic Team in three consecutive seasons. Washington Capitals. He is also one of BGSU’s 100 Most Prominent Alumni, BGSU Athletic Hall of Famer, and one of the all-time most decorated student-athletes in collegiate hockey.

Upon the completion of his college career, McPhee signed as a free agent with the New York Rangers and started his NHL career during the 1982 Stanley Cup playoffs. Following his seven-year playing career with the Rangers and New Jersey Devils, McPhee earned his law degree from Rutgers University in 1992.

Prior to joining the Capitals, McPhee spent five seasons as the vice president and director of hockey operations as well as an alternate governor for the Vancouver Canucks. In his time with the Canucks, the team enjoyed four trips to the playoffs, a division championship and a trip to the 1994 Stanley Cup Finals.

McPhee has stayed connected to his alma mater and has invested in the BGSU Hockey team and the renovation of the Ice Arena and remains committed to motivating BGSU student-athletes. 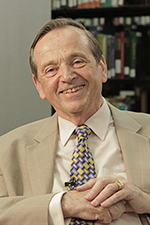 Dr. Paul W. Stiffler is a board-certified microbiologist, entrepreneur and passionate supporter of BGSU University Libraries. He is co-founder, executive vice president and director of regulatory affairs for Medtrol, Inc., a manufacturer of infection control products widely used in the healthcare, food service and education industries.

Stiffler is a founding member of the Library Advocates Board and has served as its chair since 2006. Stiffler and his board colleagues supported an expansive renovation of the William T. Jerome Library, which included new group study and discussion space, a coffee and snack counter, and enhancements to access of digital collections. His leadership and support was recognized with a 2009 Friends Award from University Libraries.

Stiffler earned both his bachelor’s degree in biology and chemistry in 1965 and master’s degree in biology in 1967 from Bowling Green State University. As an undergraduate, Stiffler was president of the Union Activities Organization and a member of the men’s swim team.

Stiffler earned his doctorate in microbiology and public health from Michigan State University in 1972, and completed his clinical microbiology fellowship at the University of Chicago Pritzker School of Medicine. 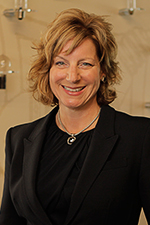 Maryrose Sylvester ’87 is President & CEO of GE Lighting, a $3 billion division of the Fortune 500 company, General Electric, leading nearly 15,000 people in manufacturing, sales, technology and distribution locations around the world who fulfill customers’ most basic and business-critical needs with a wide variety of innovative, lighting products and services.

Sylvester has spent 15 of her 26 years at General Electric with GE Lighting. She began her GE career in 1987, as an intern at GE Motors in Ft. Wayne, Ind. Her career has included numerous supervisory and leadership positions in several different businesses within General Electric. She most recently served as President & CEO of GE Intelligent Platforms and in the same capacity before that at the former GE Quartz. She served as director of sourcing for GE Lighting Europe in Budapest, Hungary in 1996, less than a decade after the fall of Communism in the country.

In 1997 she helped to establish the GE Women’s Network, an important part of General Electric’s organized effort to cultivate diversity and empower its workforce. She is quick to acknowledge the dozens of mentors and advocates who helped to develop her career, and Sylvester is a thoughtful and conscientious mentor to talented young professionals and women in business.