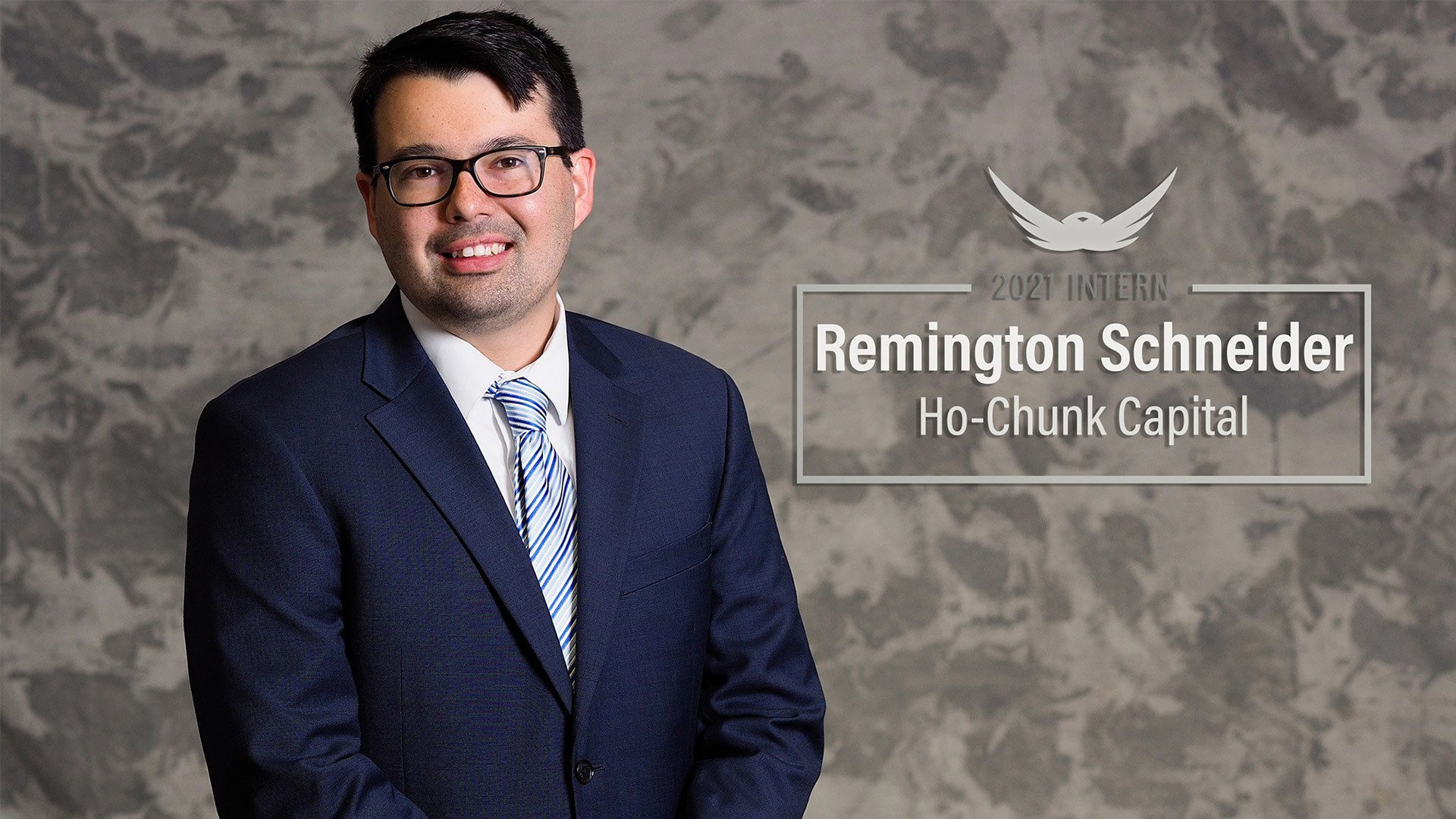 Remington “Remey” Schneider is used to being involved in a variety of activities and pursuing a wide range of interests.

That’s one reason the 2021 spring graduate excelled at his recent internship with Ho-Chunk, Inc. Other reasons were his double major at Bowling Green State University and his involvement in the Sidney A. Ribeau President’s Leadership Academy (PLA).

Schneider, who is originally from Cincinnati, was involved in a leadership development program during his junior and senior years of high school. The program director, who happened to be a graduate of BGSU, encouraged him to apply for the PLA. After an intensive interview day, Schneider was accepted into the PLA, which was one of the major factors that led him to choose Bowling Green for his undergraduate studies. 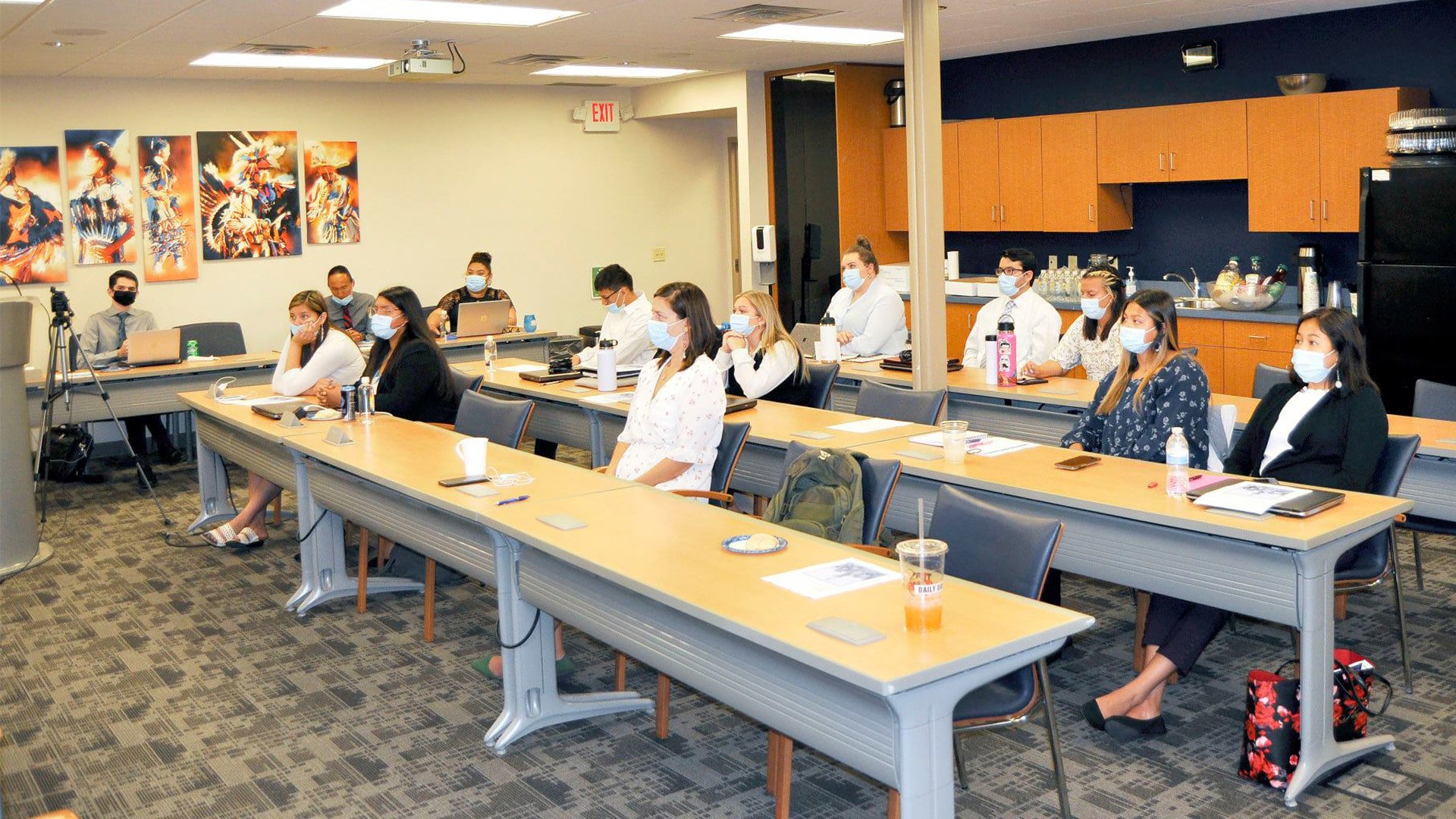 “Additionally, once I came onto campus for the first time, BGSU felt like home,” he said. “Everyone I came into contact with regardless of whether or not they were a scholar in PLA, was welcoming and friendly. From day one at BGSU, I always knew that this was going to the place I would call home for four years.”

Because he had a passion for science and history, Schneider chose environmental policy and analysis as his major. He started his freshman year at BGSU with roughly 30 credits from College Credit Plus, advanced placement (AP) classes and other college courses from Cincinnati-based universities.

“With over a year’s worth of credits finished, I realized that I was either going to graduate early or I needed to figure out a way to add more classes to my schedule each semester,” he said. “I didn’t want to graduate early because I loved my cohort in the PLA and I wanted the full four year experience at BGSU, so I decided to add another major. I chose international studies because it is a passion of mine to study other cultures and learn about the societal structures of how they work.”

Ho-Chunk is the economic development arm of the Winnebago Tribe of Nebraska. It was founded more than 20 years ago with the intention of creating a successful native-owned enterprise that benefits the tribe and its members.

Each year, Ho-Chunk hosts a summer internship program designed to provide interns with real-world experience. There is a preference for Winnebago Tribal members to be accepted into the program, but the company welcomes everyone, regardless of tribal affiliations, to apply. The interns are placed in different subsidiaries throughout the company based on their interests, experience, degree and year in school.

“I have always seen the development of the Winnebago reservation every year when I visit,” he said. “Additionally, I have always known about Ho-Chunk and have seen the work it has done in Nebraska and Sioux City. It felt like a familiar company to work for.” 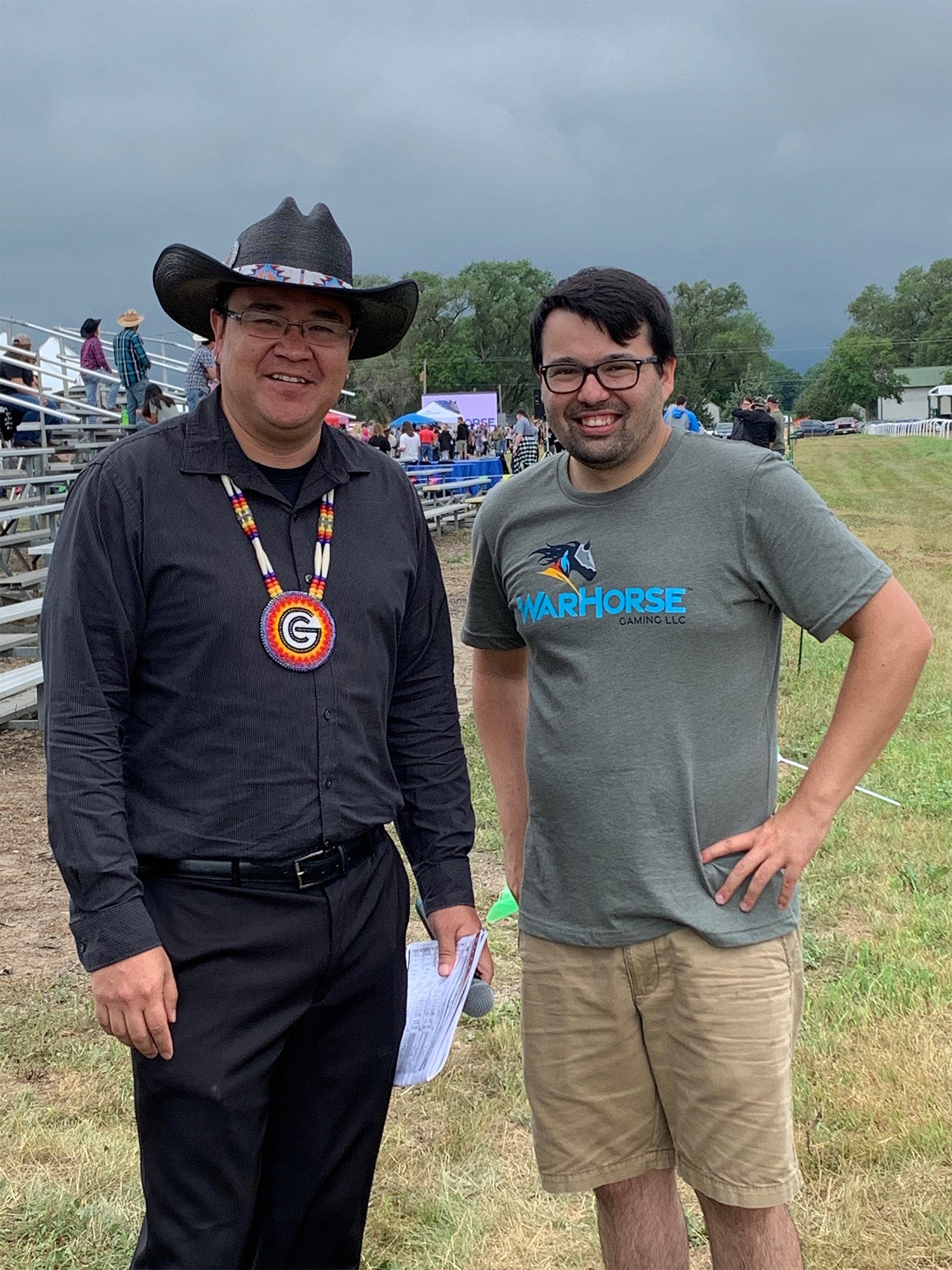 Schneider was placed with Ho-Chunk Capital, the real estate and investment subsidiary. He explained that the general strategy of Ho-Chunk Capital and its parent company is to divert revenue from other sources around the company (predominantly government contracts) to assets that can help the Winnebago Tribe. For Capital, this means providing affordable housing on the reservation and owning and renting out real estate in Sioux City and the surrounding area for consistent cash flow as an investment.

After being placed with the director of development, Schneider worked on writing leases, advertising commercial spaces, putting together materials for real estate purchases, maintaining records around tenants and writing grants for real estate tax credits.

His major project focused on a new subsidiary called Warhorse Gaming LLC, founded after a statewide ballot initiative was passed in 2020 making gambling legal. One stipulation is that in order to operate a casino, there also must be a functioning horse racetrack on the property. With the intention of opening casinos across Nebraska, Ho-Chunk bought a horse track about six years ago and has been running horse races there since.

It became Schneider’s job to run this year’s horse race. He was in charge of organizing almost every single detail of the race day: securing licenses from the Nebraska Racing Commission, organizing vendors, managing the betting setup and ensuring the infrastructure for race day (tents, bleachers, track, etc.) were ready.

“It was a massive undertaking and I absolutely loved learning about horse races and the government side of racing,” he said.

Moving forward, Schneider plans to work and gain more experience in order to be competitive in graduate school admissions.

“I want to earn an MBA and transition to more business roles,” he said. “Ultimately, I would like to work for a native-owned company. I appreciate the mission behind native-owned companies and how they benefit some of the most oppressed, impoverished groups of people in our nation.” 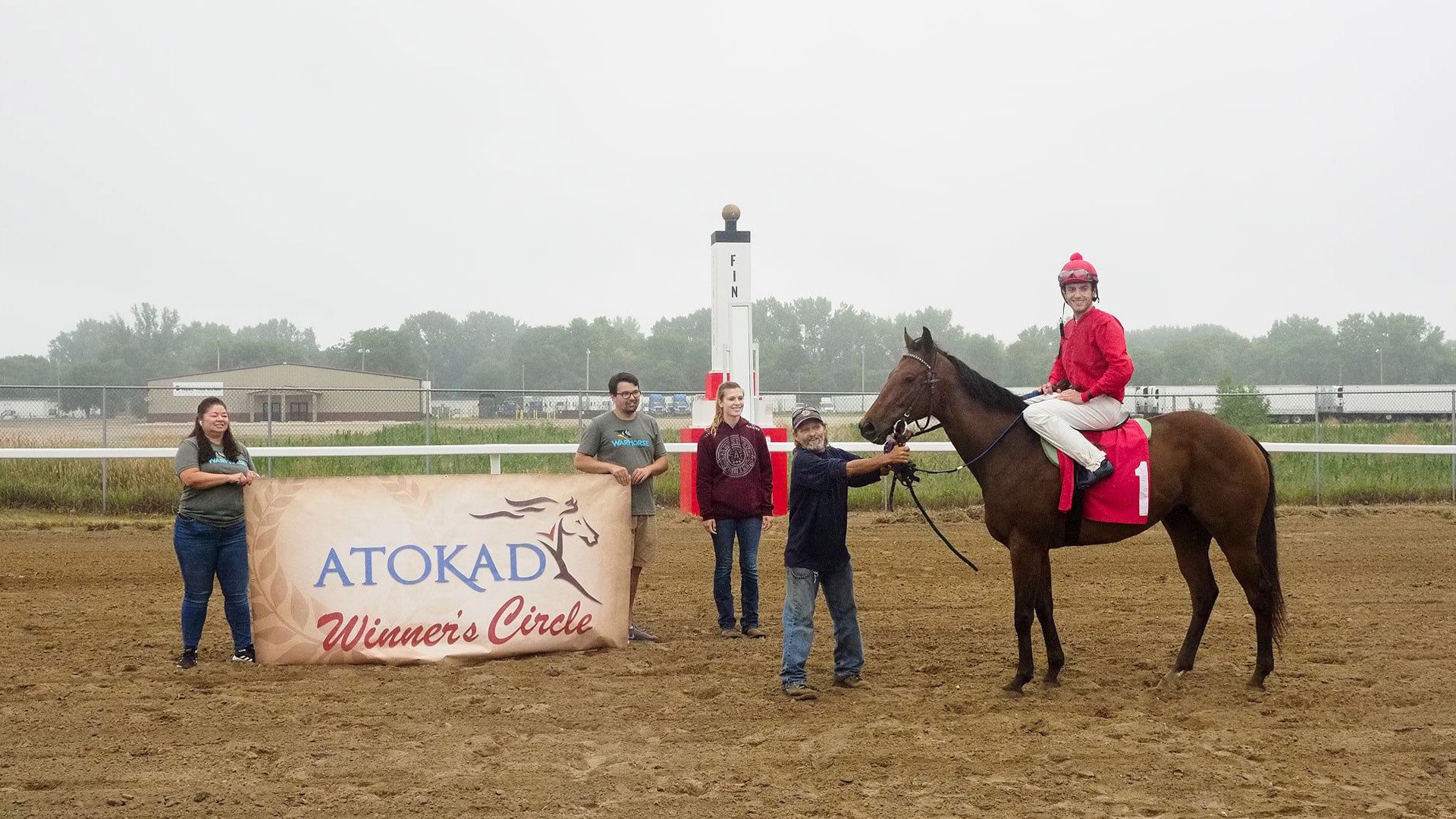 While at BGSU, Schneider personally lived the PLA tenet, “To whom much is given, much is expected,” by being involved in many endeavors, most of which were linked to helping the community grow.

“I took this saying to heart,” he said. “It was a privilege to be a part of the PLA and it was my responsibility to help BGSU in any way I could.”

In addition to being a PLA scholar, Schneider served as undergraduate student trustee on the BGSU Board of Trustees, in the Undergraduate Student Government (USG), as president of Alpha Tau Omega Fraternity, as site leader of Bowling Green Alternative Breaks (bGAB) and as a student leadership assistant in the C. Ray Marvin Center for Student Leadership. He also was a sustainability intern in the Office of Campus Sustainability, an orientation leader for Parent, Family, and New Student Connections, and a rock wall attendant in the Student Recreation Center. 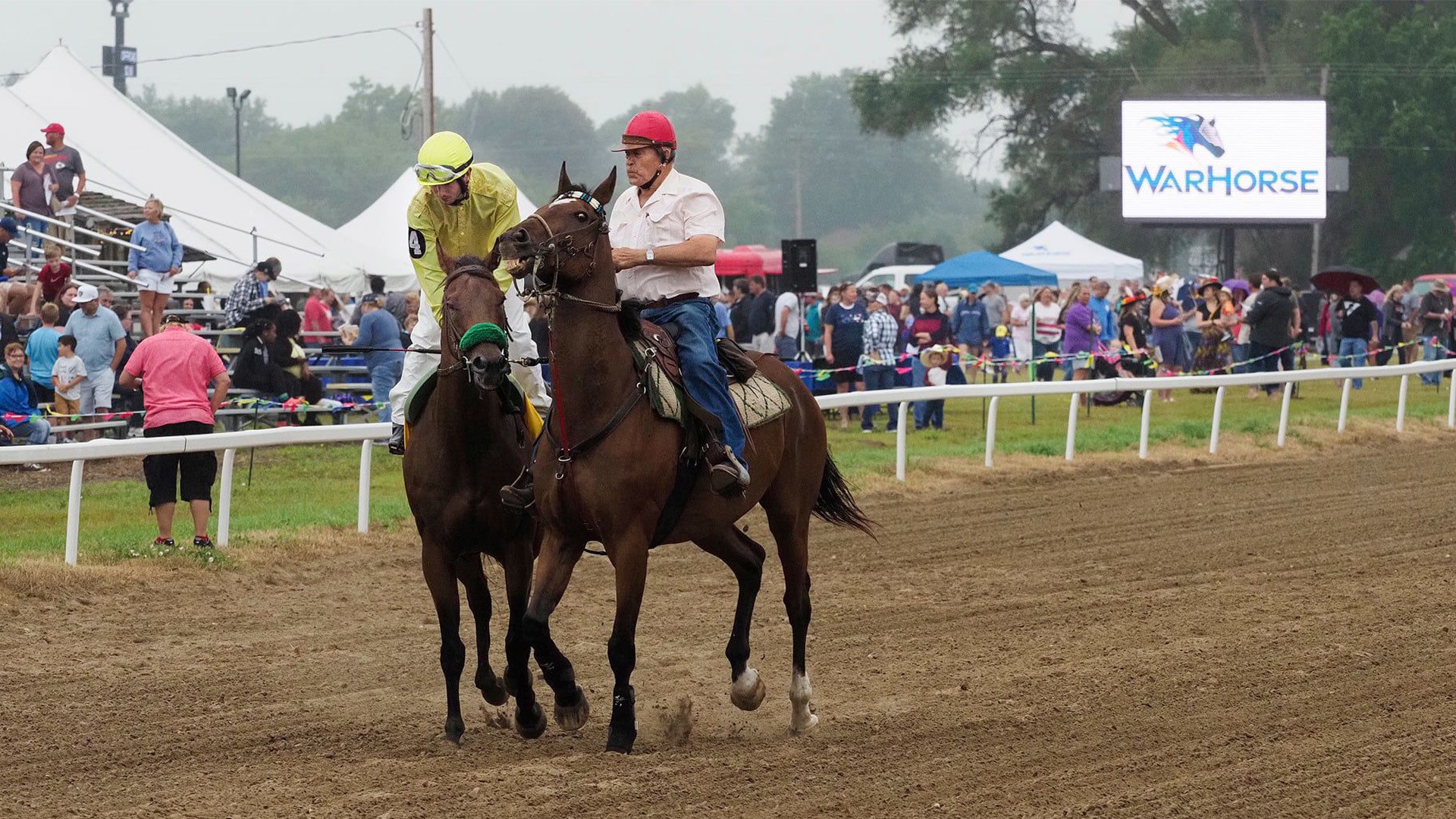 “These experiences all taught me valuable life lessons that have helped prepare me for post-graduation life and my recent internship at Ho-Chunk,” Schneider said. “I learned how to act in professional settings and how to contribute to conversations and share my ideas. When I got to my internship at Ho-Chunk, I knew right away how to conduct myself and organize and carry out my tasks.”

“While in my final year at BGSU, I began to focus more on post-graduation life and my career,” Schneider said. “I did not think it would be easy to find a job, but it quickly became a major stressor in my life as I applied to countless jobs without hearing anything back from employers. Before being granted an interview with Ho-Chunk, I applied to well over 100 jobs around Ohio, Indiana, New York and other miscellaneous cities.

“I couldn’t help but to feel discouraged; however, I stuck to my plan and continued to put myself out there. At BGSU, I had challenges in my academics and involvements, but I persisted. BGSU taught me that I am capable of reaching my goals and to think creatively to solve problems.”