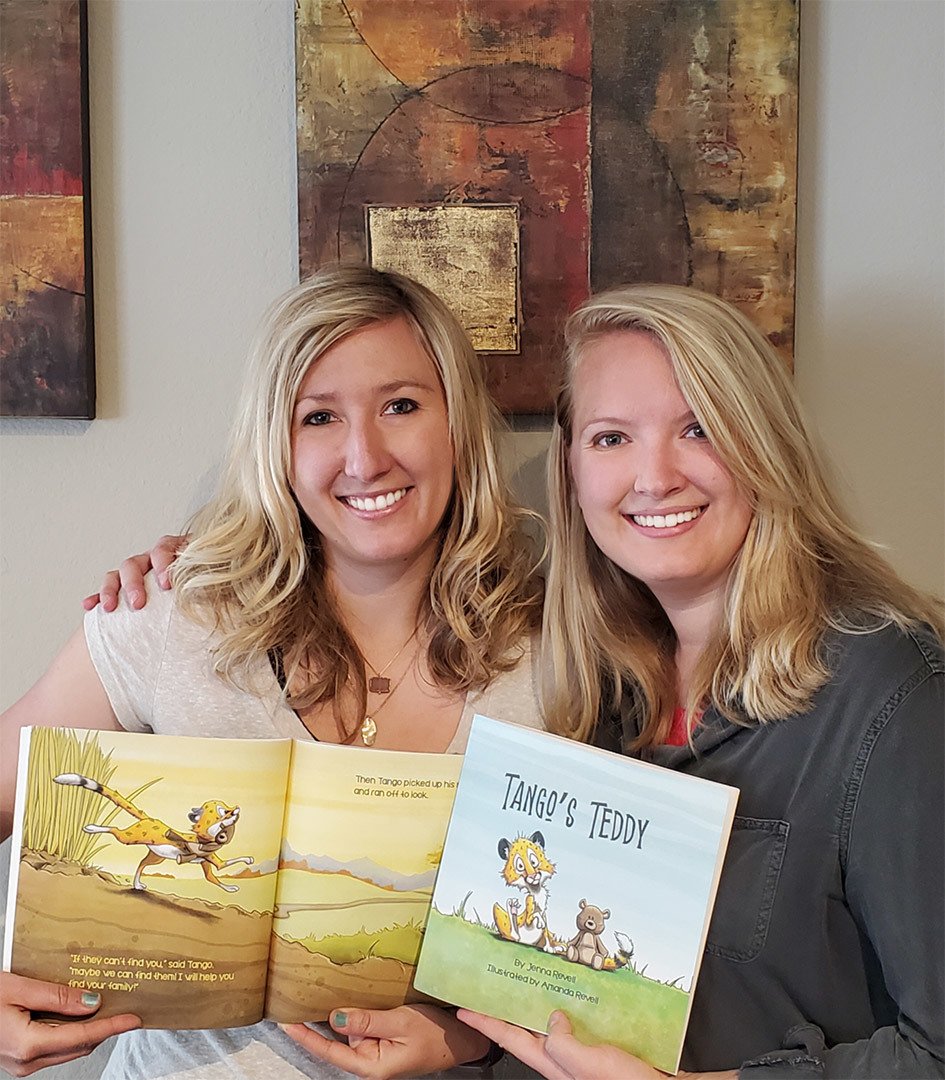 The Revell sisters cherished their time at Bowling Green State University so much that they decided to write a children’s book based on their own experiences.

Amanda and Jenna Revell, who graduated from BGSU in 2010, released their 40-page children’s book, “Tango’s Teddy,” in April, and the ebook version will be available July 1.

The book shows an emphasis on finding the true meaning of family, and how family is deeper than it looks from the outside.

The military family sisters both majored in digital arts and were active members in the Bowling Green arts community.

During their time at BGSU, the sisters enjoyed attending the Black Swamp Arts Festival each year, pulling all-nighters in the Wolfe Center for the Arts while working on projects, attending events such as “BG Undead” and just walking around campus. They loved being a part of the Arts Village because there was always something going on, whether it was making pancakes in the morning or chair-jousting in the Wolfe center.

Amanda came to Jenna in 2010 with the idea of writing a children’s book together, and she was all in from the start. Amanda had always had a passion for drawing and Jenna loved to write. The original proof of the book came together quickly, but college and life got in the way of finishing it right away.

“Tango’s Teddy” is about a cheetah who stumbled upon a lost teddy bear sitting in the grass. At first, the cheetah was afraid of the bear and thought he was a monster, but Tango soon realized the teddy bear was just a friend who had lost his family. After asking all the other animals if he belonged to their family, Tango cried thinking that he had failed his new friend. That’s when he realizes just because they weren’t the same animals, they could still be a part of the same family.

Amanda had a class with Dominic Catalano, a faculty member in the School of Art at the time, who had written many children’s books and was a huge help in the process of editing the illustrations for the story. Eventually, they reached a point in their lives where they could cut the length of the story and add the book’s finishing touches.

Since family was everything to the Revell sisters growing up, especially since they had to constantly relocate due to military parents, they felt that family was a good theme choice for the book.

They lived in communities that all had a good sense of family — especially Bowling Green — and wanted to put a message out into the world in a way that kids could relate.

“Family is everything to us; the standard for the modern family has changed shape over the course of history,” Jenna said. “It is almost more common to have not-so traditional families; family doesn’t have to be a specific shape to be a functioning one. Sometimes, your own family isn’t always by blood; it is your found family."

“Our family is everything, but it is also what you make it — and it is very inclusive,” Amanda said. “It only felt right to make this book with my sister.”

Attending BGSU was a very large inspiration that led to the creation of the book. The main character, Tango, is based off Amanda’s interest in the Latin Dance Association at BGSU. It was a social dance that she loved to partake in; thus they found that Tango was a great name for the main character.

There is a sequel to “Tango’s Teddy” in the works, and the sisters are also working on a different story that deals with the adventures of a grasshopper.

For more information about the Revell sisters and “Tango’s Teddy,” visit their website.