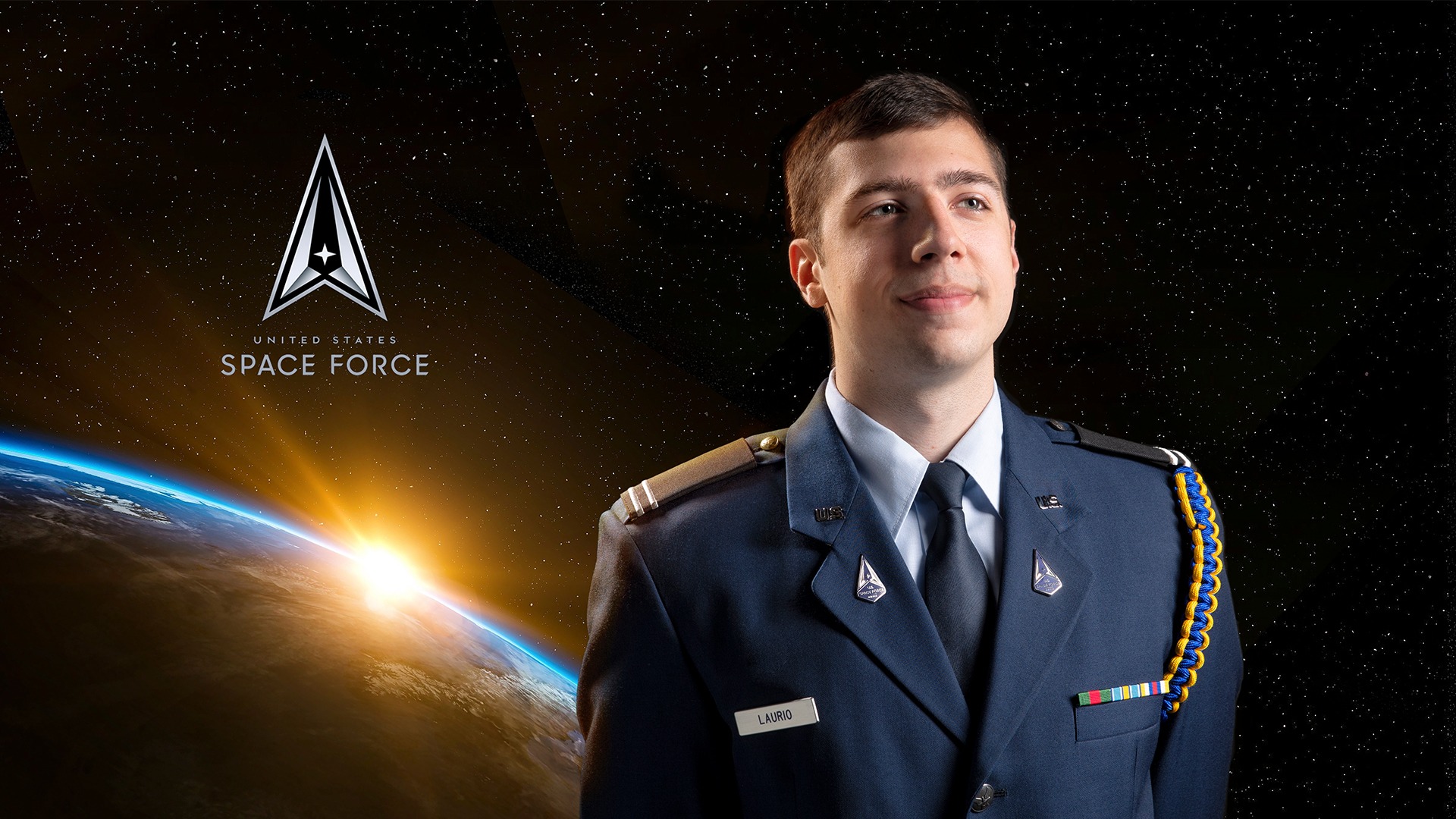 Class of 2021: Anthony Laurio to be first BGSU cadet in the U.S. Space Force

College of Arts and Sciences graduate majored in software engineering

The final frontier is just the first step for Anthony Laurio, a Class of 2021 Bowling Green State University graduate, as he prepares to enter the newest branch of the Armed Forces, the U.S. Space Force (USSF).

This month, Laurio will be commissioned as the first BGSU USSF second lieutenant by Air Force ROTC Detachment 620.

“Growing up, I’d always been interested in space,” Laurio said. “Last year, we found out there was a possibility to join the Space Force, so I decided to go for it. Next thing I know, I was getting picked up. It’s really great to get in on the ground floor of a brand new military branch; that’s very rare.”

On Dec. 20, 2019, Air Force Space Command was redesignated as the USSF, establishing the seventh branch of the Armed Forces under the Department of the Air Force — the first new service branch in 72 years. The USSF is a military service that organizes, trains and equips space forces in order to protect the United States and its allies in space and to provide space capabilities to the joint force.

After graduating from Vermillion High School in 2018, Laurio initially chose BGSU because of the College Credit Plus Program transferring credits from his high school. He was uncertain about going the military route through college, but it turned out to be a hugely beneficial decision. Hearing about two positions for the Space Force, he applied to both. While he was not accepted to the first position he applied for, his commander, Lt. Col. David Garon, surprised him with the news about the second position.

“We were at our morning physical training meeting and we had found out what our jobs were going to be,” Laurio said. “And my commander was like ‘OK, we’re all done,’ and started walking away. He stopped and went ‘Oh, I forgot: Laurio, you’re going to be in the Space Force!’ It was kind of surreal and everyone got excited to find out I was going to be the first out of BGSU; it’s absolutely incredible. I’m very humbled to be selected for this.”

Laurio earned a Bachelor of Science in software engineering in the Department of Computer Science in the College of Arts and Sciences. His skills will find their place as a developmental engineer, specializing in computer systems at Los Angeles Air Force Base in California. He will be helping the Space Force to acquire and develop new computer systems.